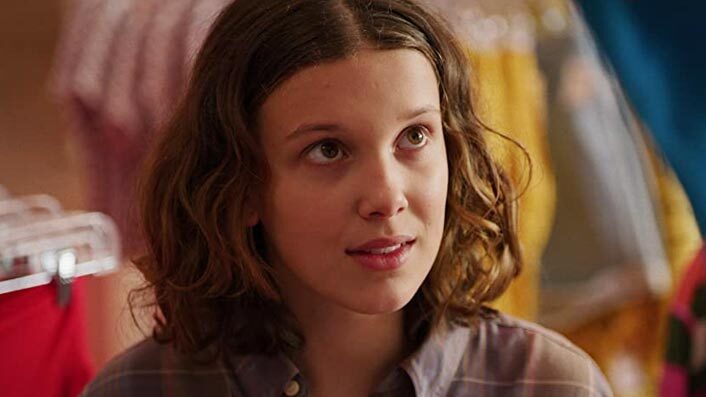 It’s been a long three years since the release of Stranger Things Season 3. While fans have been waiting we’re learning that the folks behind the show have been hard at work on Season 4 and that they will stagger the release of the season.

“It’s been a little while,” they wrote. “With nine scripts, over eight-hundred pages, almost two years of filming, thousands of visual effects shots and a runtime nearly twice the length of any previous season, Stranger Things 4 was the most challenging season yet, but also the most rewarding one. Everyone involved is incredibly proud of the results, and we can’t wait to share it with you. Given the unprecedented length, and to get it to you as soon as possible, Season 4 will be released in two volumes.”

The official Synopsis for the show reads:

“Synopsis: It’s been six months since the Battle of Starcourt, which brought terror and destruction to Hawkins. Struggling with the aftermath, our group of friends are separated for the first time — and navigating the complexities of high school hasn’t made things any easier. In this most vulnerable time, a new and horrifying supernatural threat surfaces, presenting a gruesome mystery that, if solved, might finally put an end to the horrors of the Upside Down.”

It sounds like they’ve been filming throughout the pandemic and have been using this time to get the special effects work completed. The shows’ creators, The Duffer bros, are also announcing a 5th and final season for the show. There isn’t any confirmation when season 5 filming will start but there is discussion about a spinoff so we may get more out of the Stranger Things franchise sooner than later.

What do you guys think of the news? Are you caught up and excited for Season 4? Let me know in the comments.

That’s all for this one, I’ll check you guys later.