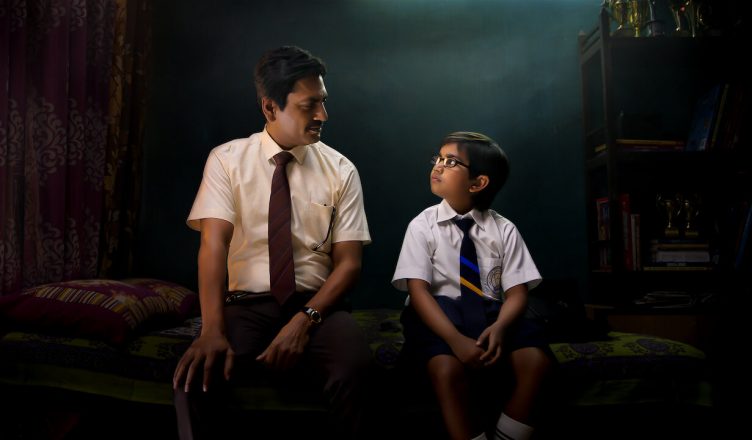 The story opens showing aeronautical engineer Ayyan Mani who works as an assistant to an astronomer named Dr. Arvind Acharya at the National Institute of Fundamental Research in Mumbai, India. Ayyan’s talent and endeavors in the field of science went unrecognized by the society and to add with it, he has a difficult time facing his dominating boss Dr. Arvind at office. He is direly underpaid and has a hard time supporting his pregnant wife Oja.

Ayyan used to think of men like his boss Arvind as “serious men” because they tend to be serious in all aspects of life. Arvind’s influence had a notable impact on Ayyan’s mentality and he planned that when his son will be born, he will make his son one of the most affluent and respectable men in the society.  But when his son Adi was born and finally grew up, he didn’t turn out as intelligent as Ayyan had expected. Arvind recommended Ayyan to get his son admitted to an international school and brainwashed him that only after pursuing studies in an “international school”, his son can become intelligent and smart.

Finally, Ayyan gave in to his boss Arvind’s logic and took Adi to an international school for admission. But the school only admitted students on merit basis and thus, Adi was not successful in getting admission there. To make matters worse, Adi and Ayyan both got mocked at and abused by the crowd after they saw Adi’s stupidity. This made Ayyan utterly frustrated and angry as he thought that Arvind had made a fool out of him by persuading him to get his son admitted in such a high profile school. Now, the frustrated Ayyan vowed to toss the coin at Arvind’s face by making Adi world famous.

Ayyan utilized his underhand contacts and somehow got Adi admitted to that international school. One day, while Adi was attending a science class, he happened to ask the teacher a question on photosynthesis which even she had no answer to. Ayyan and his wife Oja were summoned to the school and were told by the school authorities that their son Adi is nothing less than a “child genius” and they wanted to train him more and utilize his talent. Ayyan and Oja’s happiness knew no bounds as they were now the proud parents of a “boy genius”, who according to the school authorities possessed all the scientific knowledge in the world!

The story moves to Ayyan’s office and his boss Arvind is shown busy studying possible alien life which according to him may exist on earth. He planned to release a hot air balloon which would secretly position itself in the stratosphere and study the happenings on Earth.

Ayyan reaches home after office to find his house infested by the media and reporters. His son Adi had become a star overnight and he realized that the world thought Adi possessed “genius” qualities that no other human in this planet had. Adi’s talent fell in the eyes of politicians and even they wanted to use him in their election campaigns.

But the truth is harder than reality! Unknown to anybody, Adi was just an ordinary child and it was Ayyan who was teaching him all scientific matters secretly! Adi was just repeating what his father had taught him a day before and the people thought he was some genius! In fact, all this was pre-planned by Ayyan to make his son popular.

But this quest for gaining popularity had a severe impact on Adi’s mental well-being. He was too much pressurized as he was only a little kid and was not accustomed to such complicated scientific and political affairs. His life was impacted to the extent that he had broken all communications with the children of his age.

Now, the plot takes a twist for the worst and Arvind was caught committing a scam in the name of his “air balloon experiment”. In order to save himself, he was on a lookout for someone who would be an easy target to place the blame upon. Meanwhile, Ayyan had a good mind to take revenge on Arvind because he and his son had to face mass insult when they had gone to the international school upon his recommendation. Unknown to Arvind, Ayyan exposes his fraud to the senior authorities of the National Institute of Fundamental Research which resulted in him getting fired on an immediate basis.

One day, Ayyan and Oja went to attend Adi’s school function and to Ayyan’s surprise, the chief guest was none other than his ex-boss Arvind who got fired because of him. Arvind was still unaware that it was Ayyan who was responsible for his job loss.

In the meantime, Arvind spends some time with Adi and immediately comes to know that Adi was not a child genius but was only a normal kid with little intelligence. Ayyan pleads before Arvind to keep this matter a secret as if this news is leaked out, it would defame him and Adi. Arvind had no idea that Ayyan was behind his misfortunes. He took pity on Ayyan and accepted his request and decided not to disclose the matter to anyone. 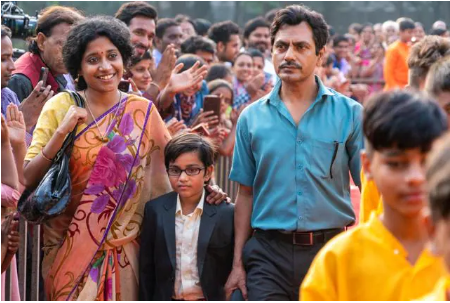 But this deal was short-lived and Arvind comes to know of Ayyan’s misdeeds towards him. He gets fired up and decides to leak Ayyan’s “child genius” scam to the world. Meanwhile Adi, owing to the mental pressure he suffered, becomes unconscious on the school’s stage. Ayyan’s wife Oja was furious with him and held him responsible for ruining the health and future of their child. They rushed Adi to the hospital and learnt about his depleting health condition all because of the stress that Ayyan had put on him.

For the sake of Adi’s health, Ayyan vows to leave everything and shift somewhere else where he and his family could reside in peace. Ayyan requested Arvind to help his son recover out of the mental depression he is suffering. In spite of being angry, Arvind took pity on him and spent some time with Adi, consoled him and was successful in driving all his stress and mental depressions away.

Finally, Ayyan with his family leaves Mumbai and settles happily in South India for their betterment. In the meantime, Arvind too had found a good job and continued with his life. 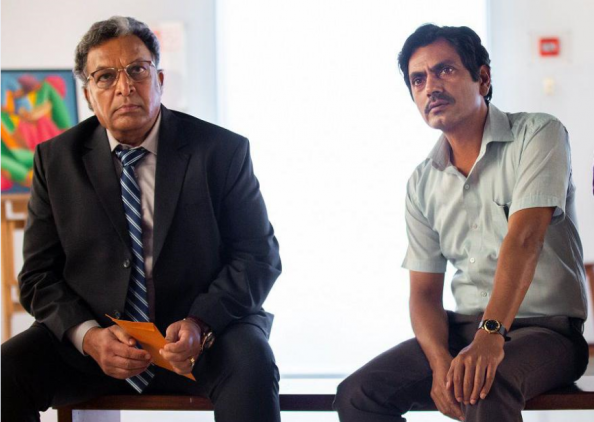 The Rise Of Nawazuddin Siddiqui

From an ordinary theater actor to one of Bollywood’s most sought-after stars, that’s Nawazuddin Siddiqui! Siddiqui’s acting skill has barred all barriers. From serious roles, villainous roles to hilarious comical roles, he does everything to perfection. No doubt, Siddiqui is one of the most versatile performers in Bollywood who has the capacity to surprise the audience with each and every role he plays. Siddiqui’s talent coupled with the strong performance given by Nassar made Serious Men highly engaging.

The Truth About “Child Genius” Scams And The Typical Indian Mentality

I agree, there are child geniuses who have one of a kind IQ levels. But in India the harsh reality is that most often parents pressurize their children to become what they aren’t meant to be.

Many Indian parents have an affinity towards the science subject. They often plan on making their kids engineers, doctors or scientists without realizing what their children actually want to be. It maybe that their children prefer literature or arts but their preferences are overlooked.

I believe that to some extent Serious Men has tried to reveal this typical Indian parent mentality. The child genius scam in the movie does show how several Indian parents pressurize their children and mould them according to their preferences. Here the loser is the child only as it can be seen from the movie how Adi’s health gave way due to the immense mental pressure that Ayyan had put on him. 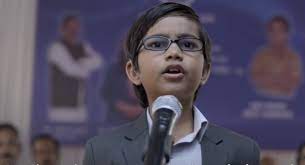 Sheds Light On The Prevalence Of Class Discrimination In India

Serious Men goes on to reveal the prevalence of class discrimination in India and the great barrier that exists between the rich and the lower middle class groups. I believe this film can be an eye opener for every Indian citizen so that they can embrace a change in their mentality for the better.

Portrays The Ambitious Mentality Of The Under-Privileged In India

In the heart of every human lies an ambition. An ambition to be great some day! Those who are already “great”, aim to be greater.

Serious Men does highlight this aspect. Ayyan, being the typical lower middle class citizen of India, too had the same ambition. But he gave light to his ambition at the cost of his son, which I feel was not a great thing to do. 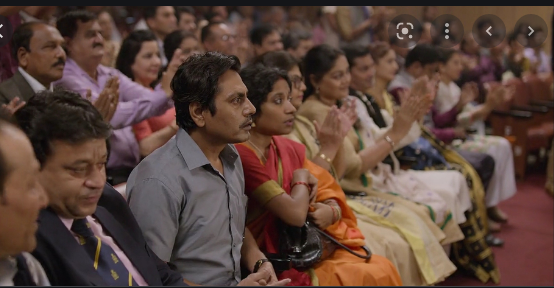 Tagged As A “True Story”?

Serious Men is tagged as a “true story”. However, I wonder how can that be? Isn’t it taken from the fictional work of author Manu Joseph?

However, my confusion was erased from the fact that such child genius scams do occur once in a while where the child who claims to be a “genius” is only a puppet at the hands of his or her parents. As Serious Men highlights this situation, I think it somewhat lives up to its “true story” tag.

The Story Ended Too Easy

At the end of it, Arvind simply consoled Adi and he recovered from his mental stress. Following this, Ayyan and his family resumed their lives elsewhere.

The story of Serious Men initially picked up my interest with each passing moment. However, I feel the ending could have been spiced up a bit to make the movie more interesting. I really have no authority to say anything regarding this matter. That’s how the story was supposed to be as per Joseph, wasn’t it?  The ending might not be that interesting, but I must say that Serious Men had me glued to my chair for the entire run duration.

Sudhir Mishra has proven himself to be one of the best directors in Bollywood with a blockbuster like Serious Men. Serious Men had supporting actors Sanjay Narvekar and Shewta Basu Prasad who carried out their respective roles marvelously. The camerawork by Alexander Sukala was appreciable which was followed by a precise editing by Atanu Mukherjee. One good thing about Serious Men is that it is devoid of fluff and its entire runtime is detailed with the story’s proceedings.

Serious Men also sheds the limelight on the boss-employee relation at the workplace. Ayyan’s boss Arvind might have been strict and in spite of Ayyan’s hatred towards him, I feel that he really wanted Ayyan to do better in life. At the end it was Arvind only who took Ayyan’s son out of depression. Arvind was not a “bad boss” after all. In fact, he was the true “serious man” in the movie!

Mark my words; this movie is worth a watch. If you happen to be buckled up with too many serious stuffs, you can consider setting your worries aside and watch “Serious Men”. 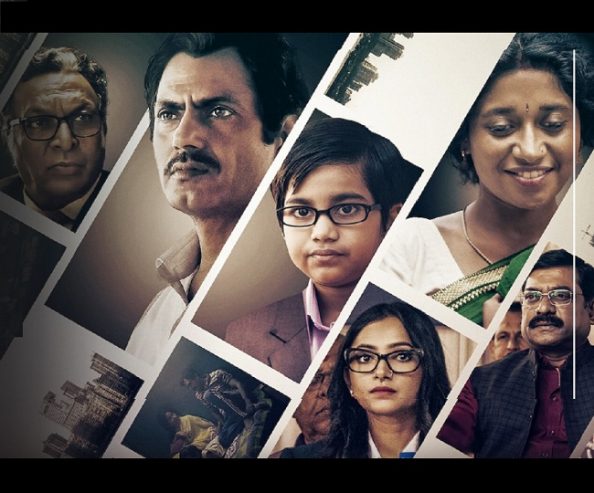