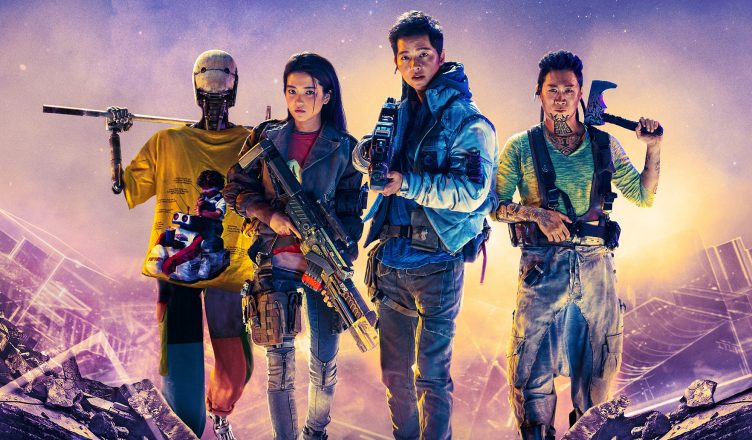 A new South Korean space opera film is streaming on Netflix! The South Korean film industry has a long history of producing highly interesting, especially of late, and engrossing movies. Directed by Jo Sung-hee, Space Sweepers is one recent production which features Song Joong-ki, Kim Tae-ri, Jin Seon-kyu and Yoo Hae-Jin in the lead roles. This film is regarded to be the first Korean blockbuster in the space fiction genre. Upon watching the film, I can assure you that this is indeed a fantastic spectacle for the eyes owing to its top-notch CGI effects. 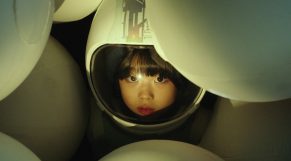 Many years into the dystopian future, its 2092! The Earth is dying. We have a group of space residing individuals, Tae-Ho (Song Joong-ki), Captain Jang (Kim Tae-ri), Tiger Park (Jin Seon-kyu) and their reprogrammed military robot named Bubs. They work as space sweepers and make their living by collecting space debris that float in the Earth’s orbit and selling them to the UTS Corporation, a company headed by James Sullivan (Richard Armitage) which has built a new orbiting home for humanity. These space junk collectors led by Captain Jang are in fact the crew of a spaceship named The Victory.

During their latest debris collection quest, they come across a crashed space shuttle floating in the Earth’s orbit. After investigating the shuttle they discover a humanoid child, who in fact is a robot named Dorothy (Park Ye-rin). Dorothy has the ability to cause mass destruction as she has a very powerful hydrogen bomb implanted inside her. This humanoid child is in high demand from the UTS Space Guards. The Space Sweepers team decides to take advantage of the situation and demand a ransom from UTS in exchange of Dorothy. 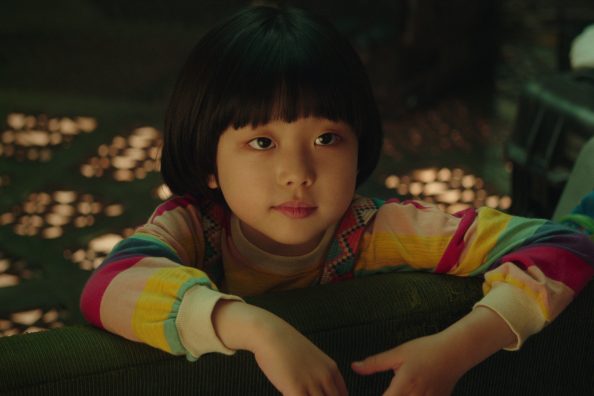 A much needed message

Space Sweepers indirectly shows us the consequences of deforestation and the devastating results Earth may face. It indeed enlightens us about the importance of trees in order to safeguard our planet’s future. The plot concludes with a happy ending where the Space Sweepers contribute towards growing trees in order to uplift the fate of the Earth. 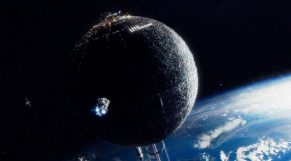 The cinematography by Byun Bong-sun is excellent with stunning CGI effects which are indeed a visual treat. The action sequences are laden with special effects which contribute to an engrossing viewing experience. In my opinion, such astounding effects bundled with frequent explosions do contribute towards the thrill of the movie. If you are an action movie lover, you are sure to have a lot of fun watching this movie.

A “joy to watch” film

I feel Space Sweepers is one of those movies which has a very proficient character synchronization thanks to Jo Sung-hee’s exceptional direction work. The screenplay is amazing and you can see the impressive interplay between the characters throughout the runtime which adds to the joyful viewing experience. There are people like me who are avid technology fans and I believe that the technology stuff like android robots and sophisticated spaceships shown in the film are enough to make the movie atmosphere even more exciting.

The storyline could have been tighter

I think Space Sweepers could have done better if it had a stronger and more innovative storyline. The story seemed too simplistic and predictable. I say this because after you finish watching the first half of this film, you will probably predict what’s going to happen next from that point forward. So, that thrill, and impression that Space Sweepers could have left with its audience gets diminished. Also I believe too much focus was given on Dorothy’s character. No doubt she’s the central focus of the film, but I feel that a considerable amount of time was devoted towards how Dorothy built a relationship with the Space Sweepers group.

The editing could have been better

I feel editors Nam Na-young and Ha Mi-ra could have done better with their editing work and reduced the film’s duration by a good 20 minutes. Had this been the case, the film could have been much more interesting with certain unimportant bits and pieces cut down. 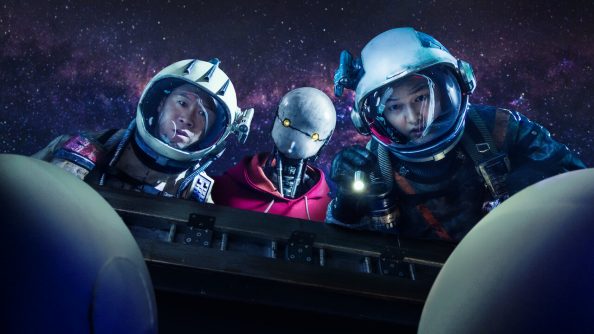 What strikes me upon watching the film is the Android robot Bubs. Bubs’ voice is male. However, the “skins” which he wants to get into are all female! This might not look bizarre to everybody. But as strange as it may sound, this might be one small step towards transgender representation by the Korean film industry.

One thought on “Space Sweepers Review: All set to clean up the Earth’s orbit”