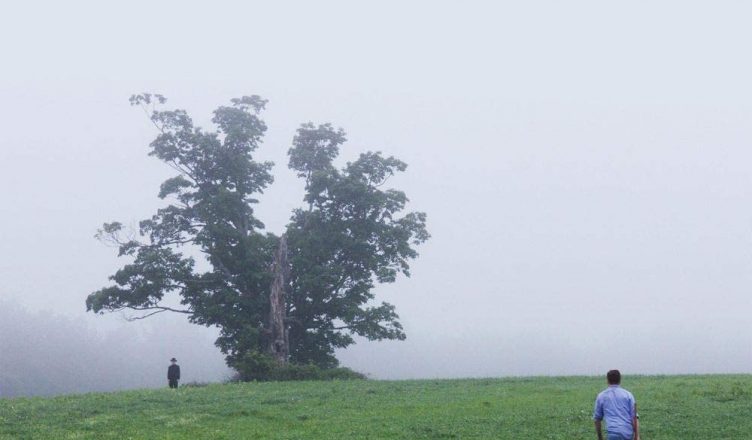 Writer/Director Ryan Bliss launches his first full-length feature film “Alice Fades Away” on February 16th, available on iTunes, Apple TV, Amazon, Google Play, Microsoft, Vuda, Fandago NOW and other On Demand  DVD platforms.  The trailer is truly creepy and that feeling of dread, complete with appropriate images, lighting and music, comes through in the film, set in 1953. The action takes place in one week, from Sunday to Sunday; the body count is high. (When we hit 6 deaths, I wondered if we would run out of characters before we ran out of plot.)[I’ll be speaking with Writer/Director Ryan Bliss “live” on my Weekly Wilson podcast @ 7 p.m. (CDT) on 2/18.] 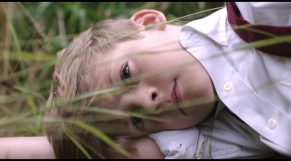 According to Writer/Director Ryan Bliss, the film is “about patriarchy, legacy and death, but more importantly, it’s about perseverance and strength in the face of fear and power by someone who’s not allowed to have her own identity.” Aside from the reference to death, that theme made me think immediately of Meryl Streep’s character in “Kramer vs. Kramer,” a woman who has never had the opportunity to become her own person, having gone directly from her childhood home to school to marriage. As Alice—who shared some of Streep’s character’s angst, articulated in that film puts it in “Alice Fades Away”—“I never had the opportunity to choose.”

Alice’s father-in-law, James Sullivan (William Sadler), sends his son Holden (Timothy Sekk) after Alice  (Ashley Shelton)  to bring his grandson Logan (Paxton Singleton) back to him. As explained by the commanding patriarch, “She  took my grandson and  ran off like a coward.”  Sullivan is a powerful man who is used to having things his own way. He and his late wife Margaret disapproved of their son’s choice of a wife. (“What did he see in her? I never figured that out for the life of me.”)

When Carroll (Tommy Beardmore), Alice’s husband, dies violently, Alice flees and the old man unleashes Alice’s brother-in-law, Holden—[a psychopathic ex-prisoner of war, still suffering from PTSD]—to fetch his young grandson back to him because, he says, his grandson Logan is all he has left.  (This seemed inaccurate, since he was speaking to a surviving son.) 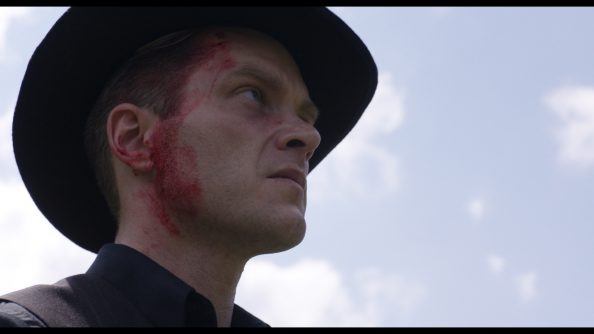 The lighting and images shot by cinematographer David Bouley are truly beautiful. Whether the scene is simply Alice and her young son lying in a field or—-as in Bliss’ previous shorts, “Rot” and “Clover”— framed scenes of a tree in the snow, the images are gorgeous. The most ordinary scenes are beautifully lit and shot with a painter’s eye. The cinematography and the Bliss Farms sets with period radios, guns, cars, and clothing, are really wonderful for a first full-length film effort. The plot shows care and thought have gone into the themes to be explored (although perhaps a few too many major themes are included for a film running an hour and 16 minutes).

The lead character of Alice Sullivan is played by Ashley Shelton. Her father-in-law has described her as having “empty eyes, like she is missing a soul.” When Alice runs away to her Uncle Bishop’s farm (Jay Potter), Alice says, describing herself, “I’m not certain if I’m sane any more. I don’t know how anyone can know that.” I’ve seen other actors portray “insane” with more conviction than Ashley Shelton. 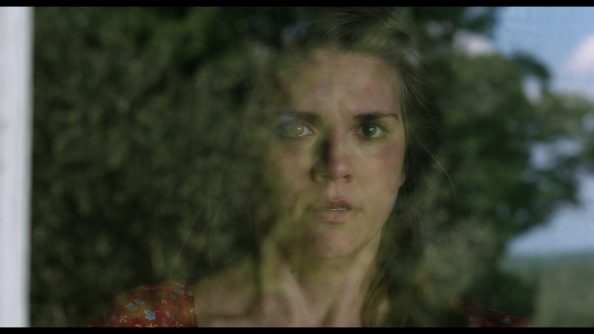 Alice takes shelter at Uncle Bishop’s remote rural farmhouse, along with four other fellow sufferers. One is a young boy. The explanation is that he was just left there by his parents, who disappeared. This struck me as odd and unlikely. Another young man is suffering from PTSD.

Uncle Bishop reminds Alice of a time as a young girl when she callously watched another youngster nearly drown, but she displayed no emotion (Alice claims not to remember this). After sharing that anecdote, Uncle Bishop demands that the others in the farmhouse—all of whom have endured tragedy of one sort or another– vote on whether to grant Alice asylum at the farmhouse. Ultimately, all but Bishop vote yes. One of the other women in the house, Roxie, is played by Blanche Baker, who is the daughter of Carroll Baker (“Baby Doll”).

When Alice describes the fear that she is being hunted, Roxie (Blanche Baker) asks her, “We’re not safe, are we?”

Alice admits to the others that they may not be safe.  Uncle Bishop’s prophecy that “Something’s comin’” soon  turns out to be too tragically true.

I loved the cinematography in this first feature film. The sets are also great, with a wonderful ruin on the grounds that has a stairway to nowhere and lovely fields meant to portray New England. The trailer gives you a good feeling for the creepy mood that Writer/Director Ryan Bliss, (with able assistance from cinematographer David Bouley and music from Christopher French), has managed to achieve. The lighting in several scenes, in the old period farmhouse, gives the film a patina that shows skill behind the camera (Bliss also helped edit, in addition to writing and directing).

As with many films, the audience has to fill in a lot of missing parts of the plot. Sometimes, the director gave the audience too much credit for being able figure out plot points out on our own. I would have liked more information about Logan’s and Everett’s (Benjamin Russell’s) ultimate fate. Even Holden’s demise is left hanging, as was his brother Carroll’s, but the mood and pace and general use of wonderful images to tell this story more than made up for some continuity lapses.

For a film with only a few main characters, it’s not one where nothing at all happens, which, for me, is a good thing in a first film—or any film.