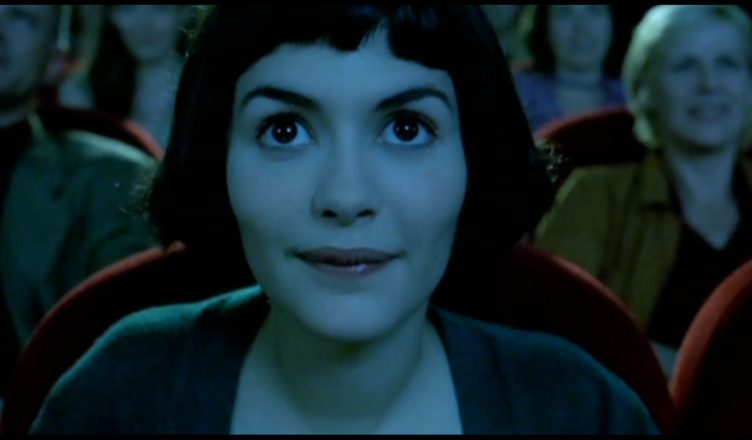 Amélie (2001) is about an innocent and naive girl in Paris with her own sense of justice. She decides to help those around her and, along the way, discovers love.

This French film, directed by Jean-Pierre Jeunet, is about a young girl, Amélie. After doing a good deed, Amélie makes it a mission of her life to provide happiness to those around her. On this selfless journey, she finds love when she least expects it.

Amélie is one of the most widely-known French films throughout the world. The movie has been nominated for and won many awards. In other movie news  Amélie was also featured in The New York Times’ Best 1000 Movies Ever Made article.

My favourite part of the movie was the beautiful Audrey Tautou who played the titular character of Amélie. Tautou is probably the only actress who could have pulled this role off as well as she did. From her captivating facial expressions to her bob hairstyle, nobody can imagine Amélie without Tautou.

The movie has a very unique plot, with some equally unique and quirky characters. The main character, Amélie, likes to collect pebbles from the road and sink her fingers in sack of grains. Her love interest likes to collect discarded photographs of strangers from photo booths. There is also an old man who paints the same Renoir painting every year. These quirks, with addition to Amélie’s overactive imagination, makes the whole plot eccentric in a very amusing manner.

André Dussollier gives a heart-warming narration to the plot. The way he described each and every character in detail completely absorbed me.

“Times are hard for dreamers.”


One of my favourite scenes from the movie was the ending scene when Amélie finally meets her love interest after a two-hour long wait. The build up was so intense that I couldn’t help but squeal during their iconic kiss.

Visually speaking, this film is an inspiration for every filmmaker. The colour palette includes shades of green, red and yellow. The lighting and hues remain consistent throughout the movie, making the cinematography very aesthetic. This also highlights the emotions of Amélie, who is lonely yet searches for happiness in the smallest of things.

This movie has a very innocent storyline and is perfectly fit for children. However, it still has an R-rating due to a quick sexual montage and another small scene featuring nudity. While the scenes are not very graphic, some people might not prefer watching this film with kids below the age of fourteen.

Amélie had been in my watchlist since eternity. I had heard so much praise about this film and I only regret not watching it earlier. The creativity of the plot and characters is one of my favourite aspects of this film. This is the kind of movie which you can watch with your friends or your family. Be it on a sleepover, movie night, or simply a weekend, Amélie is a perfect pick for all moods.