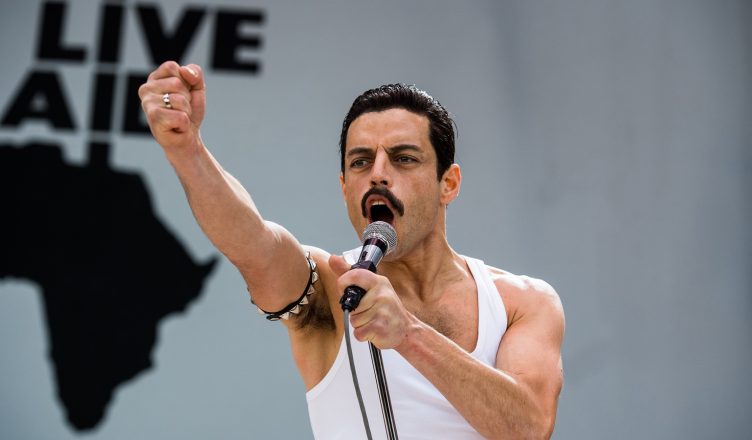 Bohemian Rhapsody chronicles the formation and the years of the music group, Queen, and their famous performance at the Live Aid (1985) concert. Bohemian Rhapsody is directed by Bryan Singer and stars Rami Malek who plays “Freddie Mercury”. Check out our review below.

Well let’s get to the most important thing that’ll stand out for this film. Rami Malek’s performance as Freddie Mercury is a major factor that carries this movie from beginning to end. I thought Malek was able to really embody the person of Mercury through his acting and appearance. The funny thing is that if you were like me, and didn’t grow up being very knowledgeable about Queen, then you may be a bit distracted by things like Mercury’s protruding teeth or his lack of facial hair. (You’ll be so happy when he finally grows his mustache.) However, if you are familiar with the famous musician, then you’ll probably be satisfied with how accurately Malek was able to replicate the singer’s look, demeanor, and his unique mannerisms.

Besides those superficial things, Malek captured a lot of the personal struggles that Freddie Mercury dealt with. What made his performance so powerful in my opinion was how he was able to convey his internal strife without even saying a word at times. You could see and feel his pain or joy without a single word being uttered. In those specific moments, I think that’s probably when you may empathize the most with the character. 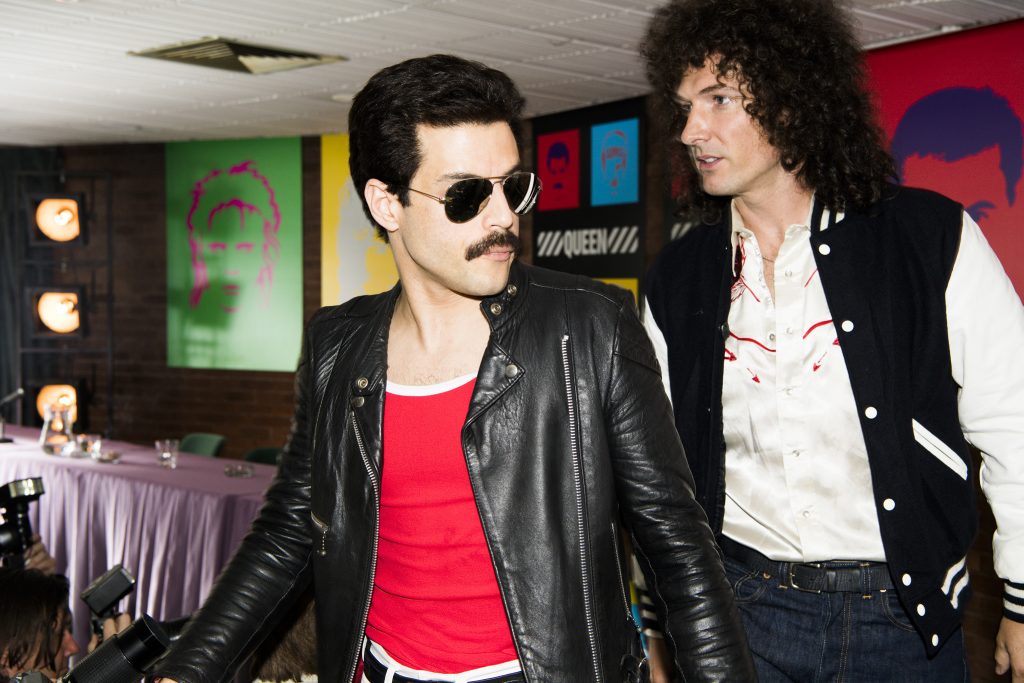 When it comes to the movie as a whole, I was a bit surprised at how much humor was involved. Much of that humor comes in the form of the banter between characters; especially the ones between the Queen band members. Along with that, you’ll have some scenes that are more entertaining than they are funny. My personal favorite came in the band’s creative process for making music. The film does a nice job of transitioning you into the band’s famous hits with various scenes. Watching them come up with unique ways to make their songs was enjoyable and fascinating.

I really appreciated how this film attempted to touch on various themes of identity, loneliness and family. There are a number of touching moments in the film that may get you a bit teary-eyed depending on which issue you can relate to the most. What’s great about these themes is that they all don’t revolve only around Freddie Mercury’s character alone. The supporting cast equally contributing to really making those themes work throughout the film. 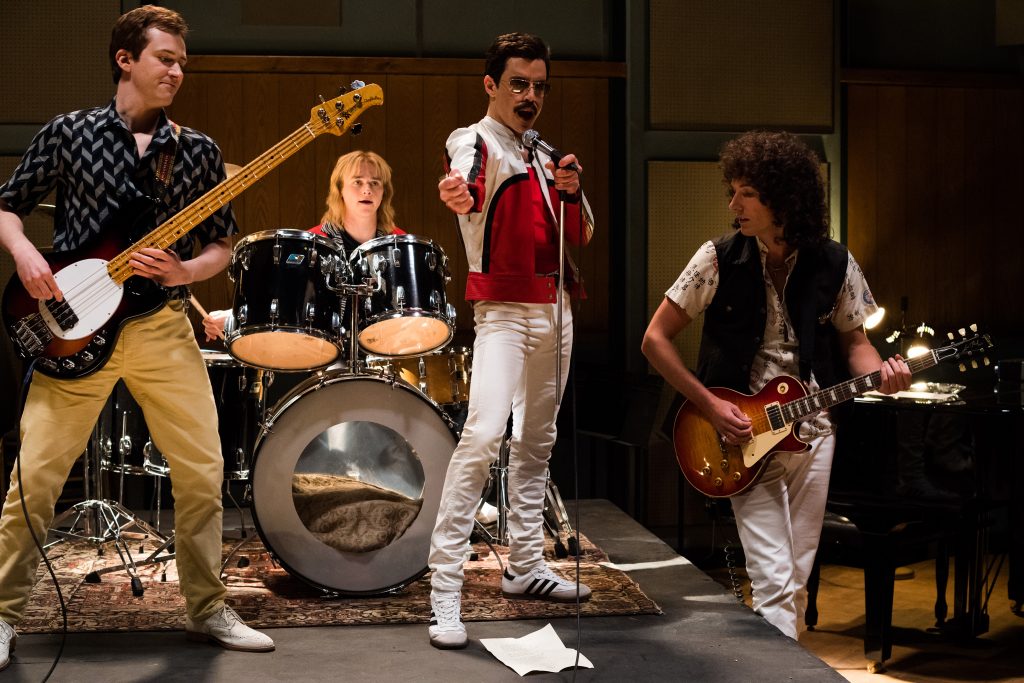 Oh and last but not least, as you would expect the music in the film is great. The last portion of the film felt like a rock concert in itself. The Live Aid concert almost felt like an entire character of the film itself. Unless you were there, this film really helps you feel what it may have been like if you had been in attendance. By the way, you can also just watch the original set on YouTube, and it’s pretty much the same thing. The benefit from the film though is that you at least get a better sense of context with the songs and they may carry more meaning when you hear them.

Obviously this is subjective, but I really don’t think this movie did anything drastically different or new than other biopics. As a matter of fact, it felt pretty cookie-cutter and formulaic. I’m not sure if it’s strictly a matter of the cinematography or some other aspect, but you may get the feeling that you’ve seen this movie before.

I’d say that one issue I had with the film is that it didn’t always allow the dramatic moments to breathe so to speak. For instance, there’s an obvious reveal with Mercury’s character that builds up for a good part of the movie. When that moment finally comes out, it gets cut short prematurely. In a sense, we’re robbed of the emotional impact of such a momentous personal revelation for Mercury’s character just because the editing of the film decided to cut away too soon.

Before I make my last point, let me just give full disclosure and disclaimer. I’m not a member of the LGBTQ community, so just take this following criticism with a grain of salt because I’m aware that I may have some social blinders here. With that said however, I did think that movie kind of minimized Freddie Mercury’s sexuality in a way that may not have been an honest representation. It almost seemed like the movie wanted to paint Mercury to more one dimensional with his sexual identity rather than demonstrate the complexity of it.

Bohemian Rhapsody was a heartfelt, family drama that is no different than any other biopic you’ve already seen. As with other biopic films about musicians, the music will be a plus for fans of Queen, or a nice introduction for new listeners. If I had to compare, this movie is no A Star Is Born (2018) but it’s still worth the watch in theaters. 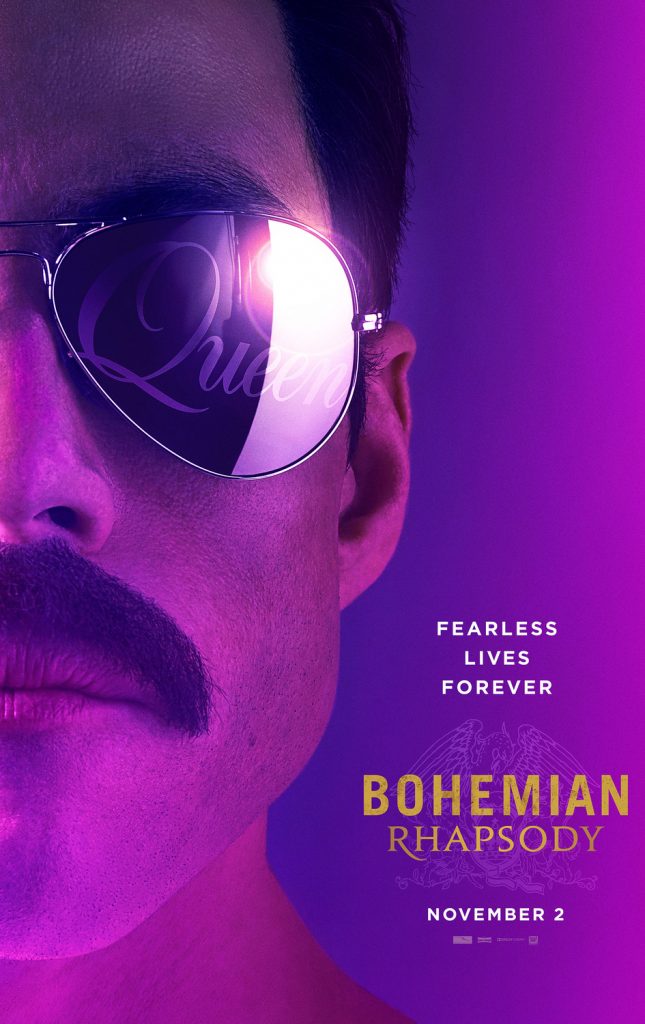 One thought on “Review: Bohemian Rhapsody Will Kind Of Rock You”