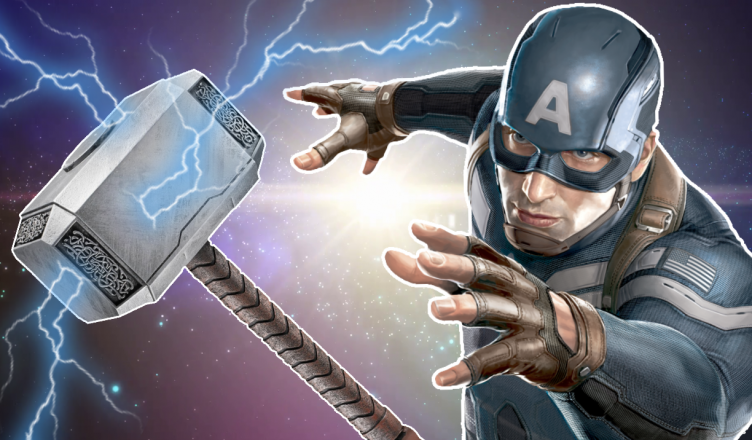 There’s been a rumor flying around the internet that suggests that Avengers 4 will have a scene where Captain America will lift Thor’s old hammer (Mjolnir). Now for those of you who are quick to point out that Thor’s hammer was destroyed by Hela in Thor: Ragnarok, hold on for second. The rumor about Captain America lifting Thor’s hammer is based on another Avengers 4 theory that states that the Avengers will use a form of time travel in Avengers 4. So if the Avengers do go back in time, or maybe a different dimension, then it is possible that Mjolnir would still be available.

But wait, there’s still another question that needs to be answered. We’ve seen Captain America struggle to lift Mjolnir before in Age of Ultron. Something clearly made him unworthy during that time, and this video seeks to reveal what issue may have been. In addition to that, this theory also seeks to point out why Captain America is now worthy to lift Thor’s old hammer if the Avengers do go back in time.