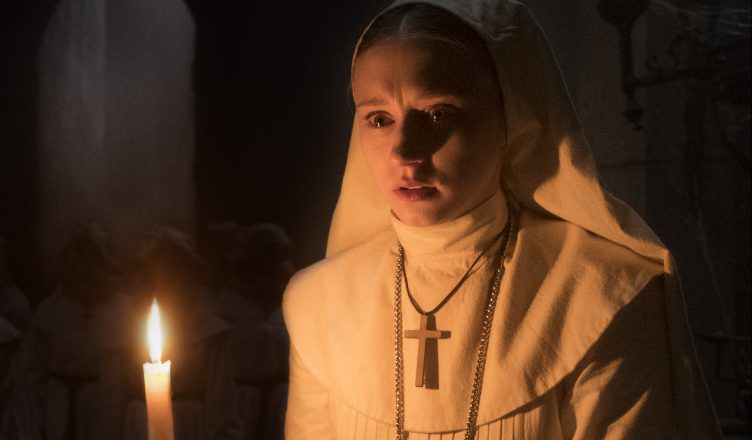 The Vatican sends a priest and a young nun to investigate a disturbing death. Once they arrive they soon realize that they’re dealing with an incredibly evil force that has taken the shape of a nun. The Nun is the latest spinoff from the Conjuring franchise.

One thing that you can immediately appreciate with this film is the fact that they do a pretty good job of giving you a quick and efficient recap from The Conjuring 2. Better than that, the film provides some nice connections to the overall franchise. That is probably the best highlight of the story for those who have seen and enjoyed the previous Conjuring films.

Another positive we get from the plot is some potential setup for future spinoff films. Seeing the origin of the actual Nun itself was satisfying, but there was some intrigue behind the history of “Miracle Hunters”. The subtle hints of them will probably pique interests into learning more of their strange cases. 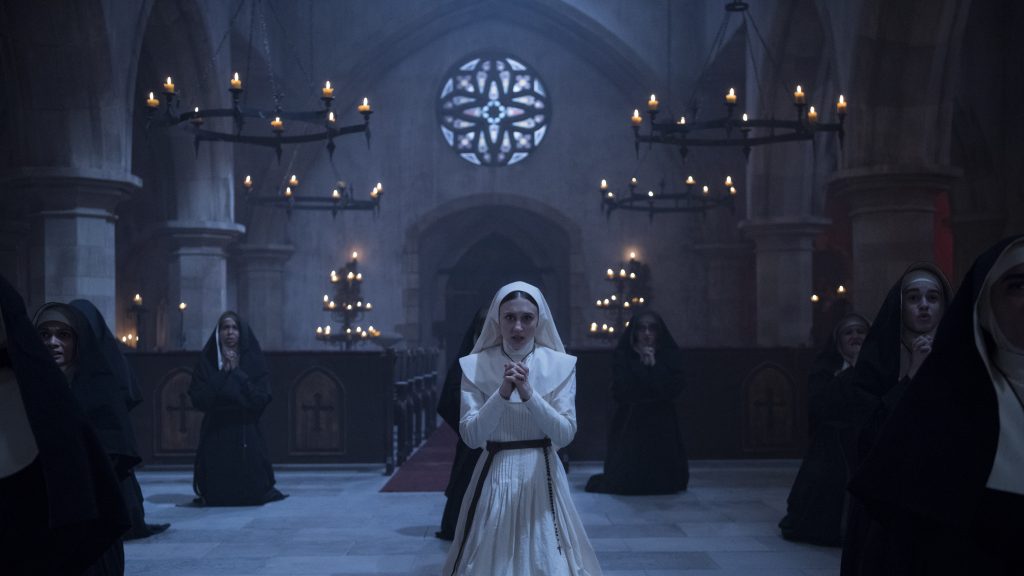 The film does have a few decent tense moments. The various dark settings in the film help a lot with creating tense feelings throughout. At the very least, the atmosphere always feels like something scary will happen.

Of all the characters in the film, Jonas Bloquet (“Frenchie”) was probably an easy fan favorite. He managed to bring some comic relief without being eccentric. He’s probably the one character that most audiences will be able to relate to as well.

The most aggravating thing a horror movie can do is have its characters do really, really dumb things. The characters in this film all have a number of moments where they do incredibly stupid things. I’m not talking about innocently ignorant actions in this case. Rather, the characters do literally stupid things because they keep falling for the same traps. As we’ve all seen in horror films there are what I’d like to call a “horror lure”. That’s basically some sort of tactic that the evil entity will use to trick a character into a trap of some kind. Well all of these characters fall for it every time, and it gets to the point where you don’t even care if they die or not. I mean, how many times are you going to fall for the same trick?!

Sadly, this elevates a bigger problem with The Nun being that it lacked any sense of innovation when it came to the horror tactics. It does borrow from a few scare maneuvers from The Conjuring films, but we’ve seen them already. I don’t think I could name a uniquely memorable scare from this film that will help this movie stand on its own. Think of how memorable that basement “clap game” scene was in The Conjuring and you won’t find anything on that level here.

Worst of all, despite the lack of innovate scares, the jump scares we do get are cheap, overtly obvious, and you can spot them from a mile away. One of them is so bad that it’s almost like the director allowed an intentional blooper into the film. The ghost wasn’t even trying to scare the character in the film anymore. Instead they’re looking right at the at camera. In my opinion, an effective scare comes through the audience being scared through the character that is being terrorized. However, what was done in this film actually prompts more laughs than it does terrors. I can’t say that’s a good thing either because this film doesn’t carry itself to be a comedic horror, so if you’re laughing at the scary moments, I think that’s a fail. 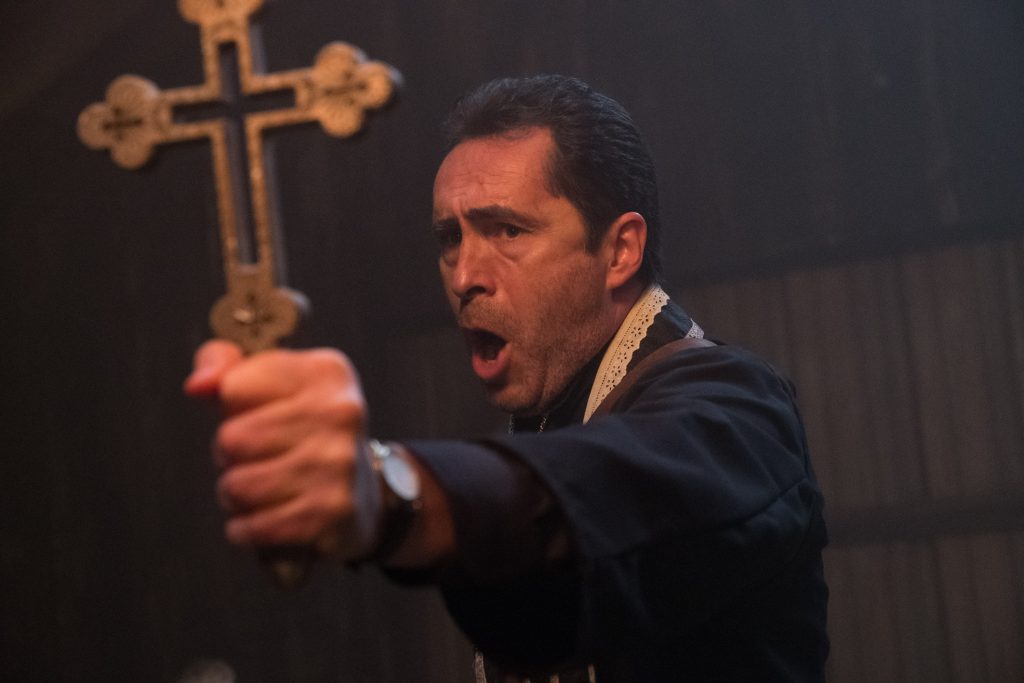 The Nun was probably the safest scary movie this year.  Even the jump scares were more laughable than they were terrifying. Of all the spinoffs from the Conjuring franchise, Annabelle 2 is probably the only one left that is of sound, horror quality. As a fan of the James Wan Insidious and Conjuring films, I can say that this was a major disappointment. When we saw the Nun in The Conjuring 2, the bar was set pretty high with the brilliant way the Nun utilized shadows to scare the daylights out of you. In this film, not so much.

The Nun doesn’t really require any previous knowledge of the other Conjuring films. (Although, the Conjuring films are great to watch anyway.) I can’t say this is going to be the type of film that you’ll want to plan your weekend for. At the very best, a discounted matinee watch would be the route to go, or feel free to wait for it to land on a streaming platform. 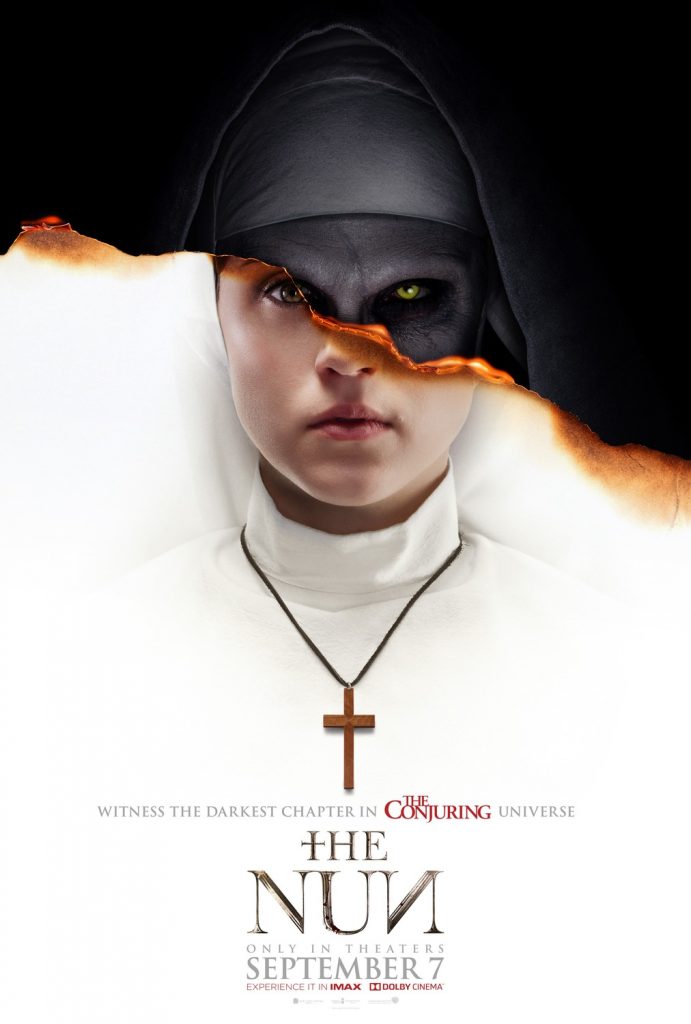