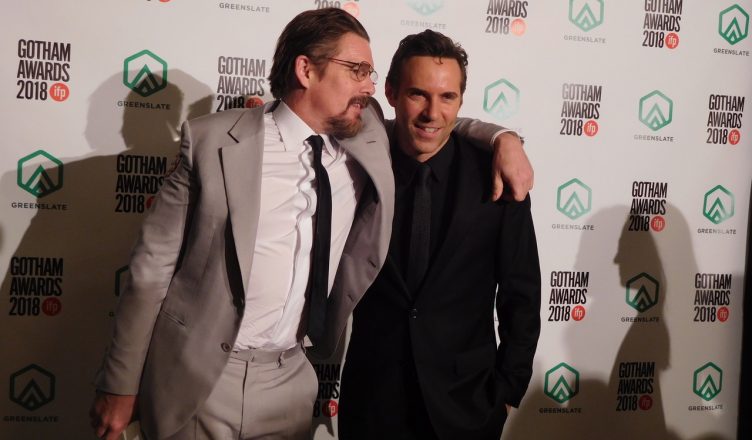 The Gotham Independent Film Awards, which were presented Monday evening at Cipriani Wall Street, officially kick off the Oscar season and are considered a bellwether for what’s ahead Oscar season. But maybe not so much this year in an evening of upsets and surprises that had some of us scratching our heads.

The biggest upset of the evening was the best actress award, with Glenn Close heavily favored to win that prize for “The Wife.” Instead Toni Collette was given that honor for the A24 film “Hereditary,” a not-so-widely seen horror film. Collette — a long shot — didn’t attend the Gothams, but Close did. Even “Hereditary” director Ari Aster, who picked up the winning trophy for Collette, seemed surprised at the win.

Fifteen year-old Elsie Fisher took home the prestigious breakthrough actor award for “Eighth Grade.” She was in a strong field that included the incredible Thomasin Harcourt McKenzie from “Leave No Trace” and Kiki Layne who made a big impression in Barry Jenkins’ “If Beale Street Could Talk.” Also in this field was Yalitza Aparicio, making her film debut in “Roma.”

This award has strong possibilities for the winners. Brie Larson won the breakthrough actor prize in 2013 for “Short Term 12” and several years later an Oscar for “Room.”

Fisher told journalists in the press room that she was still in “shock” over winning, so at first she could barely speak. I asked if she really considered giving up acting before this role came along as she mentioned in her acceptance speech.

“Yeah I was going through a rough patch, especially my eighth grade year. Just cause I wasn’t giving it my all,” she told me. “And I’ve been acting for ten years so it was just kind of part of the grind.” But she fell in love with the script and found her way naturally into the character. “First I really connected with the way she spoke and the way she stumbled over her words, like a real person. And what drew me in was her anxiety. I suffer from anxiety.”

Lighter fare is next. “I’m doing a musical about a real life family band that is kind of famous for being terrible.”

Another upset was Paul Schrader’s best screenplay win for “First Reformed.” The money was on the Fox Searchlight film, “The Favourite,” co-written by Deborah Davis and Tony McNamara, and starring Rachel Weisz, Olivia Colman and Emma Stone.

Schrader noted in his acceptance speech and again in the press room, “First Reformed” was a script he began working on 15 years ago but then put away. “Sometimes it works out that way,” he told me, adding it was inspired by his Sunday school experiences. “I had a religious upbringing and schooling. And I had written about spiritual films. But I never thought I would make one. And I never did,” and then about three years ago,” the screenwriter, best known for “Raging Bull” and “Taxi Driver,” realized that the time was right for “a spiritual film that you said you would never write.”

Asked if he always visualized Ethan Hawke in the leading role, he told me, “Somewhere in the writing of the script he started to come into my mind, yes.” As for what’s next, he said, “I’m hoping to do another film with Ethan (Hawke) but we’ll see.” He didn’t want to say more so as not to “jinx” it.

In his best actor acceptance speech for “First Reformed,” which Schrader also directed, Hawke told the audience, “Everybody knows what it takes to make a movie like this. But more than anything else, Paul Schrader this is your award,” he told him. “You have blazed a trail that has lit up this whole room year after year after year… If the script is fucking good then you do okay. And this is a great script and you’re a great film maker and I really appreciated it.”

Hawke then took a serious turn: “We live in a moment, in a time period, with a void of political and spiritual leadership. And in that kind of time period, the heavy burden falls to the arts because we, the artistic community, the people in this room and elsewhere, can go where they can transcend minds and they can open hearts that are normally closed. We must not give in to tribal thinking. As members of the artistic community we are the great generators of empathy and compassion and we have to do our work. We are living in a time period where the environment, obviously education, racial equality is being criminally disregarded. And it’s a real problem. And it’s unacceptable. And what my mom always said to me is, ‘You don’t have to protect the truth. You have to live in the truth and it will protect you.’”

Rachel Weisz, Willem Dafoe, Paul Greengrass and Jon Kamen received 2018 tributes that were announced in advance. Sandra Lee received the “Made in NY” award for her work for breast cancer education and legislature to aid patients.

Weisz was the only member of the trio of powerhouse actresses starring in “The Favourite” who attended the Gotham Awards. Emma Stone and Olivia Colman — the latter is touted for a best actress Oscar and Stone and Weisz are in the supporting actress category — were no shows and Weisz made fun of this by presenting life cut outs of the actress at the podium when she gave her humorous acceptance speech.

Weisz also said, “I hope one day in the not-so-distant future we don’t get asked what it was like to share the screen with other women,” a question asked of her repeatedly. (I am guilty of asking that question as well in the roundtable for the film I attended several weeks before.)

In the press room I asked Weisz which of her portrayals on film were most challenging and she told me, not surprisingly, that “Lady Sarah” in “The Favourite” was the biggest stretch. “I wouldn’t be able to run a country.”

“This is actually very meaningful because Gothams honor films that are really by filmmakers or film-lovers, and as artists they appreciate the craft of film-making.”

I asked him if he ever had a moment during making the movie where he said, “How can I make a documentary about such a nice guy without being boring?”

“Yes. Big time,” he said. “You know it was like, is Fred Rogers the quintessential two-dimensional character? So how do you make a film about somebody who is cardboard, ya know? But, of course, the reality is he’s not cardboard, he’s an incredibly complex person who just showed a certain part of himself to the public; but to me it was more this instinctual feeling of, ‘Oh my God. This is the voice I’m missing in my life. I’m missing in the culture. Where are the adults? Mister Rogers is an adult. He can teach us how to be nice to each other again.’ That was really kind of this feeling that I had and I wanted to make the film.”

As for how the movie connected with people, Neville told me, “I made it because I felt like it was important; I think a lot of people are starving for some kindness in our culture. We live in toxic times. And people are craving somebody who actually speaks to our better angels and Mister Rogers is that.”

The biggest surprise of the evening was for best feature film, which went to “The Rider,” directed by Chloe Zhao, who did not attend. Accepting the award on her behalf, which was presented by Patricia Clarkson, were producers Bert Hamelinck and Mollye Asher.

Both producers seemed genuinely surprised by the award. “We were not expecting it all,” said Hamelinck, who attended the Gothams several years ago with “Diary of a Teenage Girl.” He said of the contemporary Western starring non-professional actors, “This is a very small film and we were competing against films that have very big campaigns. When we won, I was like, What?”

I mentioned they might want to call the director, who asked them casually to attend the awards simply to give the film presence.

“I forgot my phone,” said Asher. Hamelinck said the director wasn’t answering. “Her phone died.” She wasn’t expecting the film win and hadn’t bothered charging her won for a congratulatory phone call. Said Hamelinck, the feature film win was just what this small movie needed to get noticed.