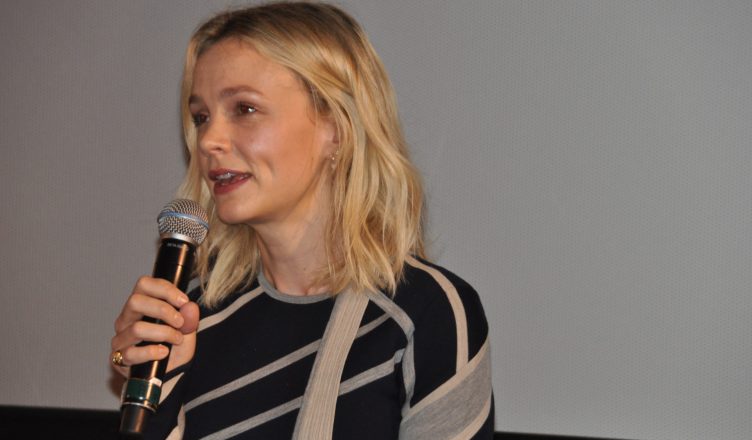 Actress Carey Mulligan (“An Education,” “Inside Llewyn Davis,” “Never Let Me Go,” “Drive”, “Wall Street: Money Never Stops,” “The Great Gatsby,” “Far From the Madding Crowd,” “Mudbound”) stopped in Chicago on October 10th at the Chicago International Film Festival to collect a Career Achievement Award prior to the screening of her new film “Wildlife,” actor Paul Dano’s (“Let There Be Blood”) directorial debut. Now the mother of two and married to Marcus Mumford of the musical group (who was a childhood pen pal), she thanked retiring Festival Founder Michael Kutza for her award and, earlier, the use of the award with her name inscribed was the source of some gentle ribbing by Director William Friedkin during his award presentation with Kutza. 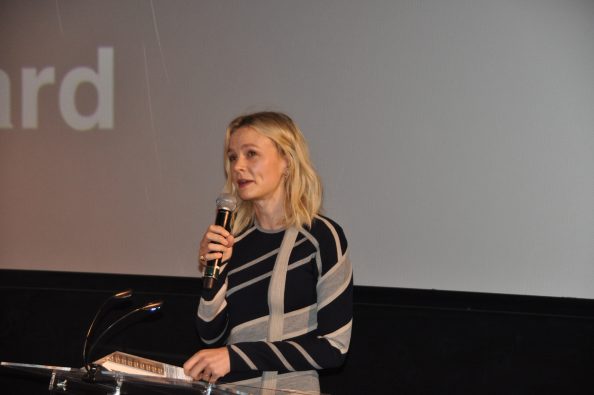 In “Wildlife” Mulligan portrays Jeanette Brinson, a complex woman whose reaction to husband Jerry’s (Jake Gyllenhaal) crisis of confidence disrupts the values and expectations of a 1960s nuclear family. Adapted from Richard Ford’s novel, the story is seen through the eyes of the couple’s teen-aged son Joe (Ed Oxenbould).

The script was adapted from the Ford novel by Dano and Zoe Kazan. A reading of the novel might be required to make much sense of the motivations of the cast at various plot moments. Despite the fact that Jake Gyllenhaal is always dependable, his actions in this film are often incomprehensible. The son (Joe), a bland-looking blonde actor from Australia playing a 14-year-old Joe Brinson (Oxenbould is 17) through whose point-of-view the story is told, looks about as much like the child of Mulligan and Gyllenhaal as I do—[which isn’t much.]