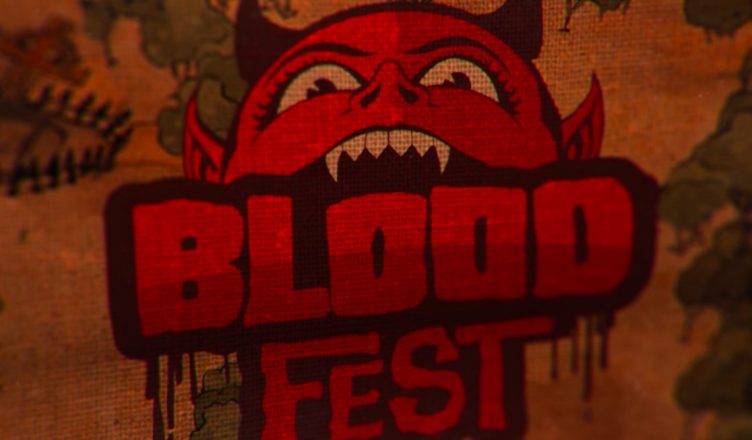 Looking to attend a horror festival?  Blood Fest has it all.  Horror villains, your favorite actors, memorabilia, horror themed activities and surprises.  The most epic of experiences all mashed into one thrilling event!  But little do you know, the man behind the madness is really getting all the horror loving fans in one location so that he can make his own horror movie.  Only your knowledge of the genre can help you escape what’s coming your way.  Will you survive Blood Fest? 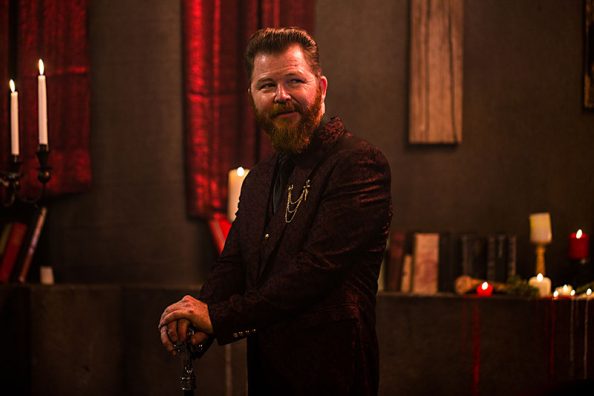 This movie was all kinds of fun! Horror comedy at its best.  Some predictability in the characters but all in all they were entertaining to watch.  Dax and his crew are super hyped about Blood Fest.  They are horror movie obsessed and are looking forward to be in attendance at this part festival, part con, part rock show.  Of course Dax’s dad, a psychiatrist, is against the fest.  He believes it glorifies murder.  Dax’s mom was killed by one of his dad’s patients 10 years prior so he has a very close and personal interest in Dax not attending.  But the teens go anyway and they soon find out that Blood Fest is going to become a blood bath for real.  Cool premise.  It was a bit Cabin in the Woods-y with the whole behind the scenes manipulation of the happenings.  Definitely some twists and jump scares that I didn’t see coming and a sweet cameo by Zachary Levi!  Yep, I’m serious.  I’m being a bit vague with some of the plot points because I don’t want to give it all away.  I really think you should see this one.

Although I liked there were some horror movie references in this film it’s a shame that there were no good horror movie props in sight.  It would have been cool to see a Freddy or Jason mask but I get that budgets may not allow for those props.  A few CGI flops also but nothing that distracted me from the intent of the movie. 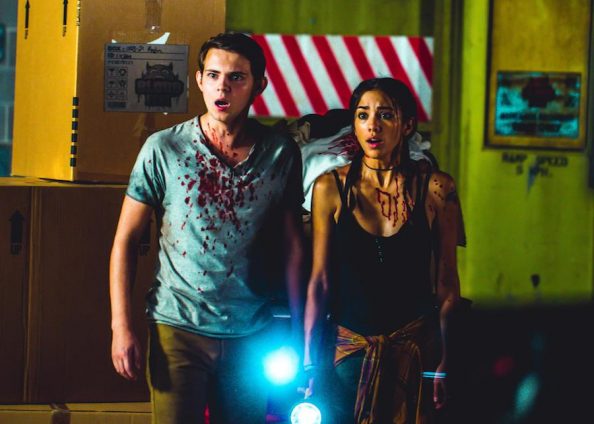 Thinking back to Dax’s dad’s opposition to Blood Fest made me wonder why Dax himself didn’t find it disturbing to attend an event that showcases murder. Oh right, because it’s not real!  Well, in the case of this movie it was but just wanted to make a point that I don’t think horror movies or events like this make people evil or want to do evil things.  The horror community that I know is welcoming, accepting and loving.  We just happen to favor this genre of film.  Just like some people favor sci-fi or rom coms.  This movie is fun.  Go watch it and have a good time.  I dare you.