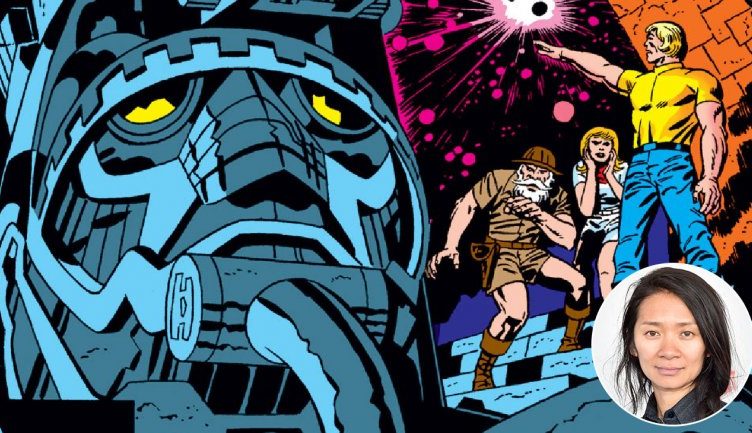 The Eternals are actually coming to the silver screen (maybe) and it seems that Kevin Feige and the powers that be have chosen director Chloe Zhao to oversee the film. Who are the Eternals you wonder? You know that big purple guy that runs around the MCU. Has some sick obsession with obliterating half the life in the universe? Kinda like Gamora in a totally platonic way? Yeah, that guy is an Eternal (sorta) as are a whole race of other folks and their offshoots known as the Deviants.

The project features the super-powered and near-immortal beings known as Eternals and a more monstrous off-shoot known as the Deviants that were created by cosmic beings known as Celestials.

Kirby created the title in 1976 during his cosmic hero stage and was influenced by such works as Chariots of the Gods, which explored ancient gods as aliens.

Sources tell The Hollywood Reporter that one aspect to the story involves the love story between Ikaris, a man fueled by cosmic energy, and Sersi, who relishes moving amongst humans.

It’s a little surprising as these aren’t the most popular of characters that inhabit the MCU but Marvel has made billions by capitalizing on their lesser known characters so why stop now?

As far as Zhao is concerned… I’m indifferent. I’ve never seen a movie that she’s been involved with prior to this so I have some homework to do. Should we be excited? I know one of you guys has seen ‘The Rider‘ so chime in and let me know if she’s worth the fuss.