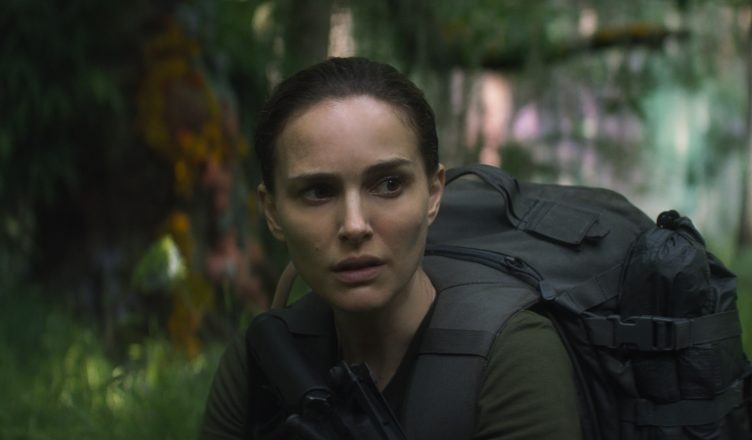 Annihilation is in theaters now and it’s certainly making an impact in the sci-fi genre. Based on the Southern Reach book trilogy, Annihilation stars Natalie Portman and a pretty well rounded supporting cast. It’s also directed by Alex Garland (Ex Machina, 28 Days Later) who is known to really take audiences for a mental ride with his films.

From the very onset, there’s a heavy level of mystery within the film and the characters. The movie successfully keeps you engaged with a bunch of twists and turns, and incredibly strange occurrences. While watching the film, you’ll be either intrigued, curious, or anxious to figure out just what exactly is going on.

Natalie Portman delivers a solid performance overall. Her character captures a lot of the similar reactions and emotions to that of the audience. That really helps to ground her character and make her more relatable. Gina Rodriguez and Tessa Thompson were also enjoyable, although it would’ve been nice to see a bit more from their characters.

I would be shortchanging Annihilation to say that it was only visually stimulating. There are some crazy things that happen in the film that will have you thinking someone slipped a drug in your drink. Annihilation totally feels like you’re hallucinating with the characters in the movie. The movie doesn’t hold back with some of the surprisingly gruesome and graphic scenes. (So if you’re squeamish, that’s your heads up.) If you scare easily too, prepare yourself for the really well-timed jump scares. Luckily, the movie doesn’t rely heavily on those jump scares. I would say the cinematography and the slow pacing of the film is effective in creating a tense setting. There are some really suspenseful moments that will creep you out, but demand that you keep watching at the same time.

It’s fair to say that Annihilation is a deep and thought provoking film. There are number of various themes that could be read into the story. For a sci-fi film, Annihilation really pushes the boundaries of the imagination. The big climax of the film is definitely one that will have you wondering, and asking a ton of questions.

I think the biggest issue with this movie is in the delivery of the plot. This film deals in some really heavy themes, however, it’s really easy to get lost in them because of all of the visual distractions. You may be so mesmerized with the shiny stuff that’s happening on screen that you don’t really have time to process what’s actually happening in the film. Even if it were done so intentionally, it still makes the film less digestible.

Unfortunately, the plot can be so thick at times that you’ll wish the director were sitting right next to you to explain a few things. The concepts in the film may fly over the heads of general audiences.  The end result will be that most may have to devote more time and energy just to process this film. (Whether that’s a good or bad thing, I’ll leave up to you. For me, it was bad.)

Annihilation is a trippy movie. If you’re looking for a comparison, I would probably say that it’s combination of Arrival (2016) meets Full Metal Alchemist (Anime fans will get that connection).  Honestly, this movie feels as though it requires a second viewing. The only question is going to be whether or not someone feels like they have the want to invest the time to do so.

Personally, it didn’t grab me that much to convince me into watching the film again any time soon. Although, I am inspired to at least read up on the book series since there seems to be some major differences. For those interested, there are bunch of articles, videos and theories devoted to breaking this movie down. It’s worth a watch in theaters, but I would just caution to expect for a very heavy, and thought-provoking film. Even then, you’re probably still not ready to watch it.

What did you think about Annihilation? Leave your comments below or Click Here. 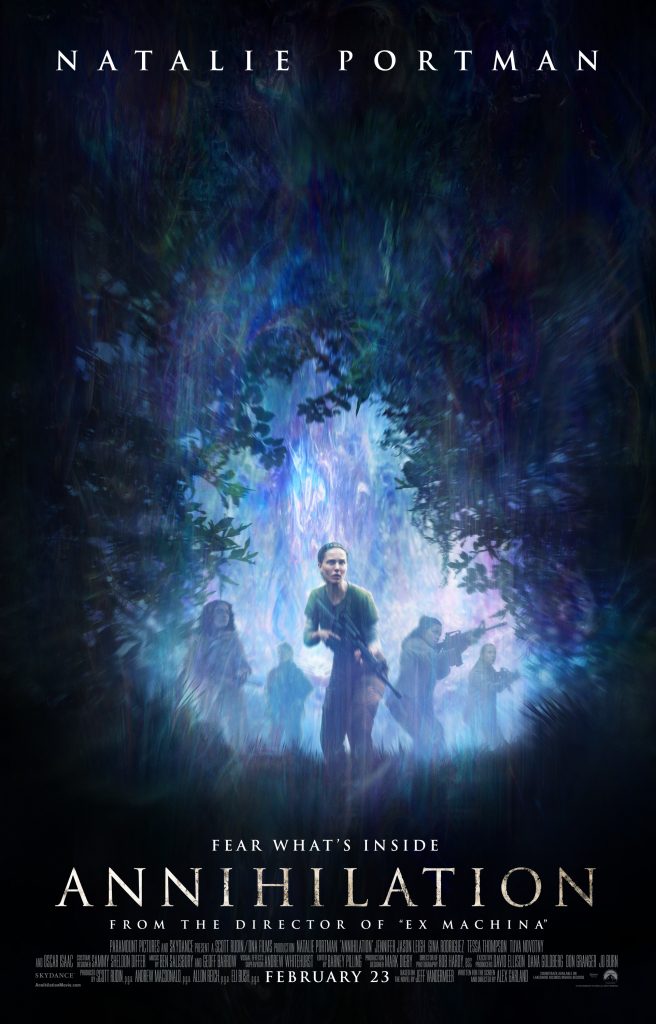