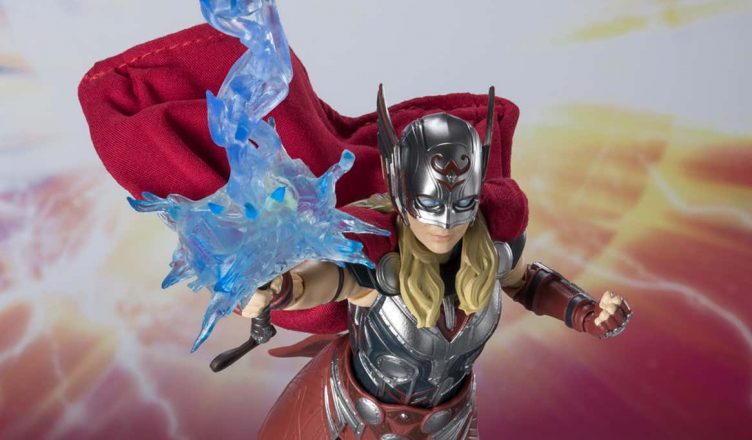 Thank Goosenips for Merchandise because it is the number one source for Marvel secrets. The upcoming toy-line that will coincide with the release of Thor Love and Thunder is the source for this first good look at Jane Foster’s Mighty Thor in Thor love and thunder.

Now we’ve already seen some leaked promotional images. This is our first good look at the full body design of the Mighty Thor. Somehow Mjolnir is restored! Hela made it her business to destroy Thor’s famous weapon back in Thor Ragnarok.

I’m really loving this design as it looks like the costume designers knew the assignment and closely studied Jane Foster/Mighty Thor co-creator Russell Dauterman’s original design’s for the character.

Thor: Love and Thunder is an upcoming American superhero film based on the Marvel Comics character Thor, produced by Marvel Studios and distributed by Walt Disney Studios Motion Pictures. It is intended to be the direct sequel to Thor: Ragnarok and the 29th film in the Marvel Cinematic Universe.