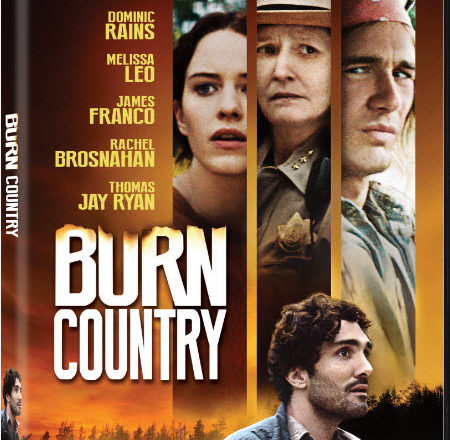 A war journalist returns home and gets caught in the middle of a potential murder. The film stars Melissa Leo as a town sheriff (awesome) and James Franco. I’m into mystery thrillers, so this should be a good one based on the premise. Burn Country comes out on DVD on DVD and Digital on February 7, 2017.

Synopsis: As a former “fixer” for journalists in Afghanistan, Osman (Dominic Rains) finds asylum in a small California town. Promised a job as a crime reporter for the local paper, and a home with his best friend’s mother, the town sheriff (Melissa Leo), Osman is ready to settle in. But, when the job falls through, Osman finds himself restless and looking for action. His attempts to get to know the area lead him to develop friendships with an elusive local actress, Sandra (Rachel Brosnahan), and a charming local troublemaker named Lindsay (James Franco). But, when a dead body turns up and Lindsay goes missing, Osman must face the possible evil lurking just beneath the surface and the depths of his new home’s darkness.