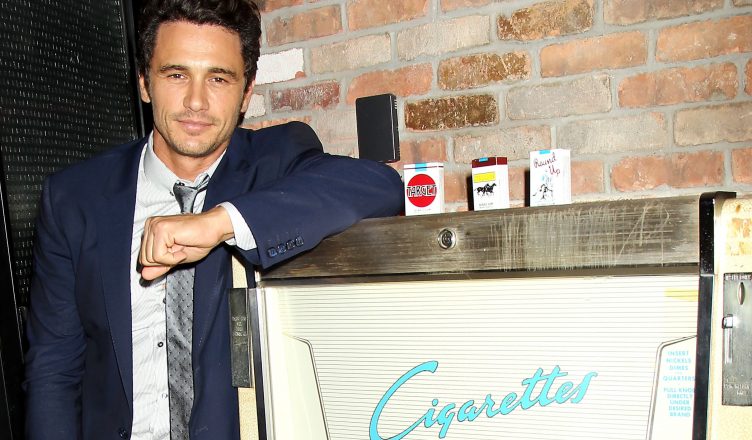 Franco plays identical twins, Vincent and Frankie Martino, the former a barkeeper with entrepreneurial aspirations, and the latter a shyster with a gambling addiction. Maggie Gyllenhaal also has a strong co-staring role as a prostitute who works without a pimp and aspires to be an x-rated film director. (Franco and Gyllenhaal also have producing credits.)

The Deuce opens in sleazy 1972 Times Square, the days before it was Disneyfied; you can smell the stale air and garbage, and the streets are lined with x-rated movie theaters and prostitutes peddling their wares. Pelecanos told me they filmed in Washington Heights, constructing marquees and using CGI to recreate the atmosphere of grittiness long gone from the original location.

An early scene in “The Deuce” also presents an energetic young pimp (a terrific Gary Carr) at Port Authority targeting young women for their earning potential as they roll off the bus. The Deuce reeks of atmosphere, and the period detail is impressive. But like all of Simon’s work, the Deuce is ultimately about the politics of power, the people who have it and the people who want it, and how all of this is interwoven with issues of class, race and the economy.

Following are highlights from my red carpet interviews with “The Deuce” star James Franco and the show’s creator, David Simon:

James Franco: How did you immerse yourself in the period?

Whew! I was playing two roles and I was a director of two of the episodes. And I’ll tell you as a director it was pretty easy actually. I had incredible scripts right? I got the best writers in television. And I just watched all my favorite movies over and over again, you know? ‘Taxi Driver,’ ‘Mean Streets.’ All the old Sidney Lumet films and ‘Dog Day Afternoon,’ ‘Serpico,’ ‘French Connection,’ Friedkin. ‘Panic in Needle Park.’ And that gritty, you know, style of film making with those directors who are now the greats didn’t have the budgets to really kind of do anything other than that kind of grittiness. That was kind of the approach that I used with that as a director.

How challenging was it to play identical twins and make them distinctively different characters?

The thing about these twins is we decided, a, they were identical, and that we were just, we were going to let them look alike, you know? And that we wouldn’t use too many gimmicks to sort of differentiate them, like one with a mustache and one without, that they would just look alike and you would also be able to differentiate them by their behavior and their attitude. And the way I kind of just came to that as an actor, I really leaned on the writing, you know? That Vincent is written in a very particular way. He’s got much more pressure on him. He feels more responsible. He’s more about the long game, where Frankie is all about the moment. He hasn’t thought about a consequence in his life, you know? So the thing about those very basic kinds of attitudes already makes me behave in a different way. You know what I mean? Like Frankie’s just, he’s looking at everything that walks by. It’s about what he wants in the moment. Vincent’s much more world weary and looking at how he can hold things together.

Yes, and no. One of the big issues that is still very topical of the day is, you know, how porn is made, the unregulated nature of a lot of it. My friend Rashida Jones came out with a documentary called ‘Hot Girls Wanted,’ a couple of years ago. And I think the main point I took away from that film that these young women are not protected. No union, it’s just completely unregulated. In that case they go out to Florida, and they’re just sort of ground up in a matter of months and then just discarded. And nobody’s there to protect them. There’s no laws to protect them. And that is very much the case in our show as well. From that standpoint, yeah, I think there should be change…. Believe me or not, I’ve watched it in my day. I certainly watched it as research for this show, but I don’t watch porn. Believe me or not! (Laughed.) But I have no, just in a general, I have no kind of moralistic stance against it by any means, but, an unregulated industry, that’s one of the main points of our show, is all these people, a select few, come out on top and the rest are thrown under the bus.

What do you want the audience to take from this show, especially in terms of the misogyny of that culture now?

One of the things that David said, is if I could just boil it down one thing I want you to get out of it, then there’s no reason to watch the show, but it is definitely a very sort of multi-colored, multi-balanced sort of portrait of an industry where misogyny is deeply, deeply rooted into it. And there’s a point David brought up today about how even when you have a show like this, you get to see the people behind this, the people being and maybe, hopefully, come to a deeper understanding of them and change attitudes about this kind of trade and behavior, or at least become more sympathetic. There’s still this very dark, insidious thing about the sex trade where a lot of people are paying for it because they want to feel power over another person. They want that sort of disparity and dehumanizing thing and so to root that out is a very difficult thing to do but I think this show has all the right intentions and you couldn’t ask for a better group to take this subject matter head on and do it the right way.

David Simon: Sex and money, it doesn’t get juicier than that when it comes to drawing in an audience. Is that the idea?

We’re going to ruin sex for people. This is not sex. This is pornography and sex work. And they’re very different. And it’s my intention that whatever veneer people might expect us to put on that, in a ‘Pretty Woman’ kind of way, it won’t be that. So I’m not sure that ruins it for people but I’m not particularly interested in using that as fuel to get people to watch the television show. This is actually about misogyny and sexual commodification.

How does your background as a reporter inform your writing and the projects you choose? Is that what brought your interest in this?

It’s what informs my interest in everything. It’s why I tend to work off non-fiction accounts. Even if I fictionalize stuff I work it off non-fiction.

What do you want people to come away with after watching the show?

I”m hoping they’ll come away with an argument against the notion of markets being the sole determinate of how to build a society. That the libertarian and neoliberal notion that markets somehow show us the way to who we want to be as a country or as a society has become predominant. Here’s a moment where, here’s a good allegory, here’s a moment where a product goes from being under the counter to being strictly legal and is on the way to becoming a billion dollar industry and here’s the story about the pioneers and the labor that made it happen. And here’s how the money got routed. Who’s exploited, who did the exploiting? What happened when the laborer was in fact the product, flesh itself. I’m hoping there’s an argument here that people can have about this ridiculous notion that profit is the measure for what’s good or bad in our society.

Is there a lesson here for our President?

All he’d do is think about is grabbing pussy. There’s not a thought in his head beyond that.