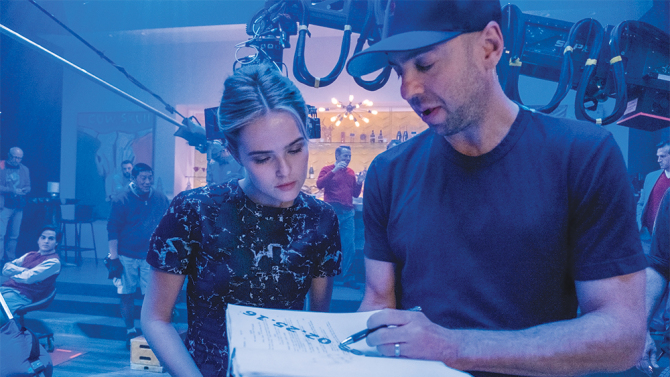 Why Him? Starring James Franco and Bryan Cranston is out now on Blu-ray & DVD and I had a chance to speak to the director of the film John Hamburg. This one arguably my favorite comedy of 2016 and I was excited to talk to John all about it. Below are the excerpts of the interview:

How did the concept and idea of this movie come about:

John: The concept predated my involvement on the set of the movie The Watch. Jonah Hill, Ben Stiller and Shawn Levy were talking and Jonah told a story of going on vacation with a girlfriends family, that was the genesis of this idea. A bunch of years later the producers Dan Levine and Shawn Levy brought this concept to me and and said you (Hamburg) dealt in this terrain before, but it could be from a different point of view. I started talking with my pal Ian Helfer who I co-wrote the screenplay with and just thought it was the right time to do a modern twist on a classic story.

How important was it to make the movie fresh and modern to be relatable to today’s society:

John: Yeah, absolutely, it felt like in an observing way of what’s going on in the culture and if there is something unique happening. You didn’t have guys like Mark Zuckerberg twenty years ago, Evan Spiegel who founded Snapchat and the list goes on and on. Men and women who are in their twenties or early thirties sometimes who just have one idea that explodes. It’s not like they work in a company where they moved up, they did it from their dorm room or their wherever. That felt very interesting to me as something to explore and to contrast that with a guy like Bryan’s character.