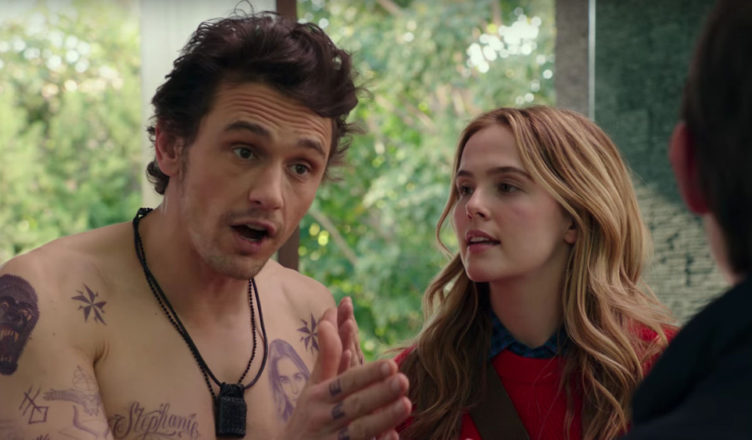 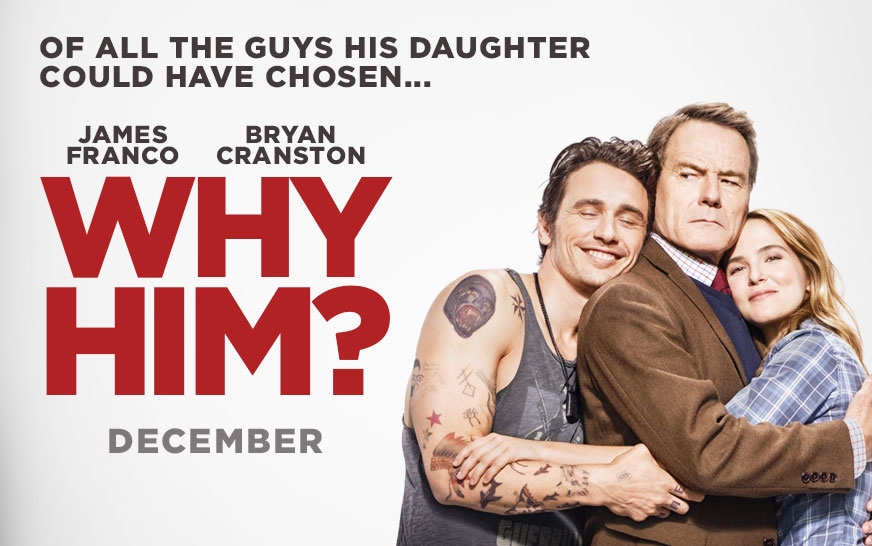 During the holidays, loving but overprotective Ned (Bryan Cranston) travels to California to visit his daughter Stephanie (Zoey Deutch) at Stanford University. While there, he meets his biggest nightmare: her well-meaning but socially awkward boyfriend Laird (James Franco). Even though Laird is a billionaire, Ned disapproves of his freewheeling attitude and unfiltered language. His panic level escalates even further when he learns that Laird plans to ask for Stephanie’s hand in marriage.

After seeing the trailers for Why Him, you know exactly what type of crude humor, hilarious and crazy comedy is about to commence as Why Him certainly earns it’s R-rating. If you found the trailers for this movie appealing, Why Him is certain to make you feel even more of the same laughter and joy, as James Franco continues to show us why he is the go to “funny guy”. Also for you Breaking Bad or Malcolm in the Middle fans out there, Bryan Cranston excels in what is kind of like Robert Dinero’s role in Meet The Fockers.

Why Him is just what the trailers show it is, a hilariously crude, yet over the top, and funny comedy. Why Him compares greatly to classic comedies like Meet The Fockers, as this movie is pretty much a cousin to the Ben Stiller film with a bit of a more R rating. Since James Franco’s character “Laird” is known for his non existent filter, and complete obliviousness to being politically correct, fans are certain to enjoy what is most likely a pretty easy role for James Franco to play.

The movie starts off smoothly, as the plot sets up (again) similar to Meet The Fockers, with two families trying to blend with each other under some very interesting circumstances. Each actor does well at remaining funny, but even if they aren’t, the writing of each actors character is even funnier in it’s own way. For instance, Keegan-Michael Key’s character “Gustav” is not just funny, but the writing of his entirely insane character is what makes his antics even funnier. 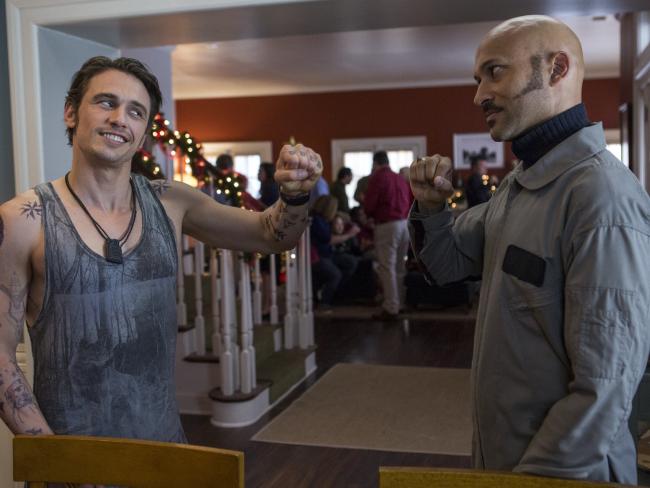 Obviously James Franco’s character is hilarious, but even sub characters like the daughters younger brother is written in ways that make his comedy much more funny. Why Him is not just funny for the general audience, but the movie excels in bringing it’s comedy at two entirely different, yet connecting levels. For one, I saw this movie with my parents, and it seemed that they were laughing a lot louder at parts that people under their mid-40s were not laughing as hard at. 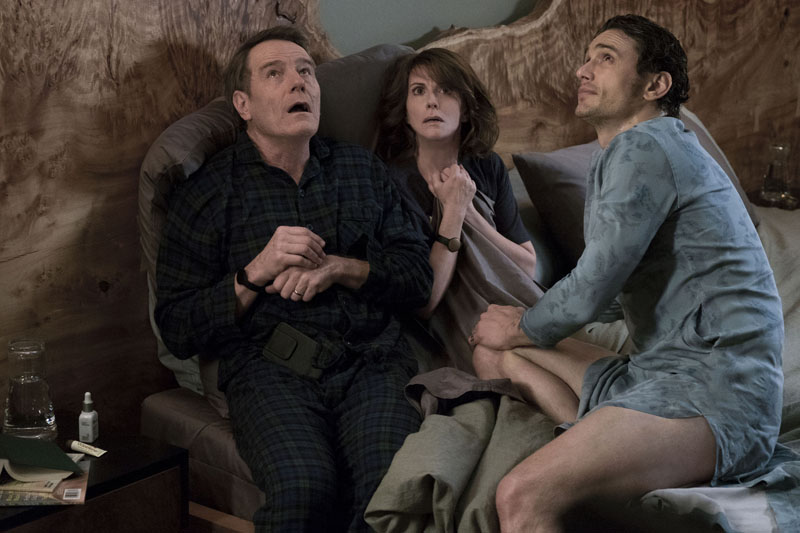 Why Him had comedy for the millennials, while keeping it even more insider funny for the people with children, as they probably connected well to Bryan Cranston and Megan Mullaly’s parental characters.

While Why Him excelled in comedy at a wide spectrum, it did seem that some of the comedy was a bit forced or not as funny as some of the people in the audience may have thought. The cussing was great, the crude humor was fine, but some of it just got a little exhausting. It was kind of like too many jokes in one minute, as you really couldn’t laugh at more than one thing at a time.

Why Him did well in telling it’s Meet The Fockers like story, but the movie did feel like it jumped a little bit too soon into the extreme of things, as it seemed the plot did not move very gradually. While this was not a large issue, it did seem like this aspect would have cleaned the films structure up a bit, as it could have been a more stable movie.

Why Him is a solid holiday comedy (for adults) that should be seen by you, if you want to enjoy some good laughs for the holiday. While Why Him could have moved a bit more gradually in it’s structure, this movie is a way to sure entertainment for those who enjoy this type of humor. Why Him is the closest thing I have seen to Meet The Fockers in years, as it is a edgier, more over the top and R-rated comedy. 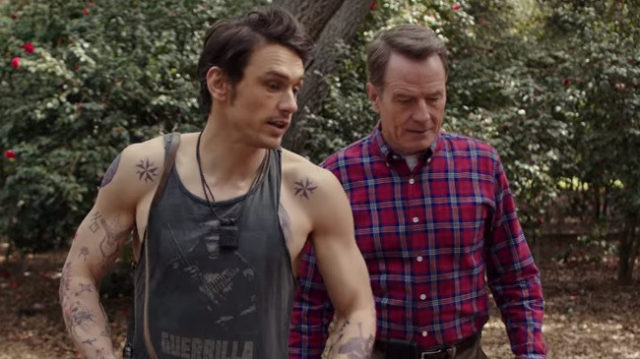 Every actor in Why Him was entertaining, but the writing of the characters themselves, is what is going to make you really laugh. James Franco is great as expected, while Bryan Cranston is perfectly cast, with Megan Mullaly. Look for Why Him to bring the over the top comedy, that is definitely a fun movie to enjoy around the holidays.