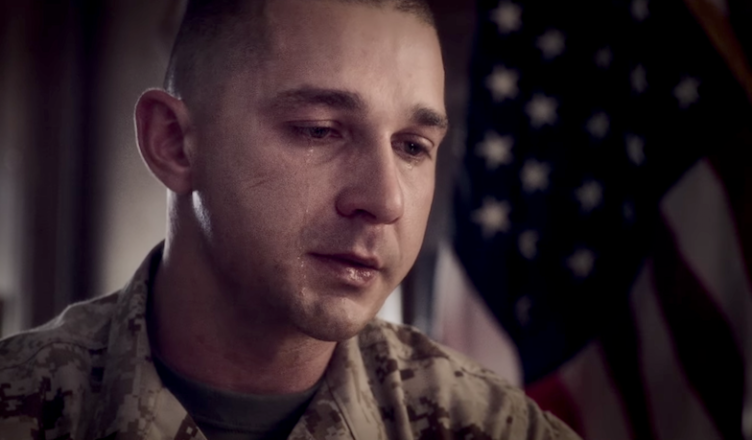 This trailer alone gives me chills. From the realism, to the hardships that war puts people through, Shia LeBeouf’s emotion is nothing short of real in this first trailer for Man Down.

Aside from the spectacular choreography and acting this trailer shows, Man Down features a very talented cast as Kate Mara, Jai Courtney, Gary Oldman and others star alongside the emotional Shia LeBeouf in what looks too real to not cry from.

See it for yourself, watch the Man Down trailer below:

If this movie doesn’t make you hate war, I don’t know what will. It is about time we get a movie that shows you just how messed up war makes not only it’s victims, but the soldiers who have to live with the hell they went through.

Shia LeBeouf has shifted my consciousness to sadness and compassion towards war veterans just in this trailer, so I can only imagine how much emotion and sadness this movie will make people feel.

While this isn’t a movie that looks to be full of happy dreams and fun, this looks like a movie that people may need to see so we can make sure war veterans and victims are supported to their full capacity.

When U.S. Marine Gabriel Drummer (Shia LaBeouf) returns home from his tour in Afghanistan, he finds that the place he once called home is no better than the battlefields he fought on overseas. Accompanied by his best friend Devin Roberts (Jai Courtney), a hardnosed marine whose natural instinct is to shoot first and ask questions later, he searches desperately for the whereabouts of his estranged son, Jonathan (Charlie Shotwell) and wife, Natalie (Kate Mara). In their search, the two intercept Charles (Clifton Collins), a man carrying vital information about the whereabouts of Gabriel’s family. As we revisit the past, we are guided in unraveling the puzzle of Gabriel’s experience and what will eventually lead us to finding his family.

See Man Down in theaters December 2nd, and bring plenty of Kleenex!