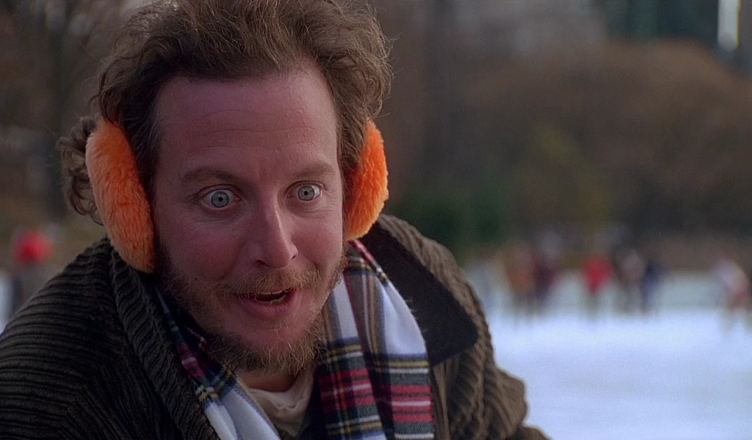 In Home Alone 2, 8-year-old Kevin interrupts a toy store robbery to lure Harry and Marv to his uncle’s home – where he has set traps. The attacks are vicious; Kevin not only shocks Marv with an arc welder, but he uses a blow torch on Harry’s head (for the second time)!

Apart from wondering whether child protective services should be called on Kevin’s parents (they lost him twice in two years), one might wonder from a legal standpoint: Who pays for Harry and Marv’s injuries?

There are several legal issues that come into play when answering this question, which will be discussed below by our electrocution lawyers.

The first legal issue is whether the electric shock injury was accidental or intentional.  This legal distinction is very important. But even if an electrical injury is an accident, the homeowner isn’t necessarily off the hook.

In this case, Marv’s injury was clearly intentional. So that’s one strike against Kevin.

Does Kevin’s family have a ‘duty to warn’?

Property owners have a duty to let people know about something dangerous in or around their property. Failure to let someone know about a dangerous condition can lead to legal responsibility for any resulting injuries. The scope of a property owner’s duty depends on two factors:

In states making this distinction, you owe a reasonable duty of care to an invitee and a licensee but less, if any, duty to a trespasser.

So, back to our question then, what liability does Kevin face?

If the electric shock injury happened in a state that has the laws that I just discussed, and assuming Kevin accidentally electrically shocked Marv, Marv would most likely lose in court since he was trespassing.

Can Marv also sue the arc welder’s manufacturer or seller?

If the electric shock injury was an accident, Marv could likely hire a lawyer to argue that the arc welder was defectively designed. However, since Kevin’s actions resulted in an intended and foreseeable consequence, that legal theory would be very hard to prove, as it would be considered intentional misuse of a product and would be an intervening cause of injury superseding any defect.

But we still might have a product liability lawsuit. Before you begin harrumphing, ask yourself:

Should an 8-year-old be able to figure out how to use an arc welder to shock or electrocute someone?

If you’re a parent of an 8-year-old, you might now be changing your mind after you read the paragraph above. Perhaps the attorney for Marv can argue there’s a design defect that makes the product inherently unsafe, or not adequately child proofed, considering the incredible danger and harm this product can cause.

Alternatively, if the danger and risk of harm is both severe and foreseeable, there’s a viable legal claim that a manufacturer should have placed a safety warning on the product. This is especially true with electrocution cases where the most common result is death.

Therefore, Marv probably could sue the arc welder manufacturer, and Kevin and his family.

So what’s the bottom line?

The law does not give 8-year-old Kevin an automatic out. While he and his family have some options and some very good defenses to fight Marv’s medical payments and injury lawsuit, they should be contacting their homeowner’s insurance company now to discuss coverage and a good insurance defense attorney, and maybe reach  out to a local attorney on a very young child who keeps getting left (you guessed it), home alone.