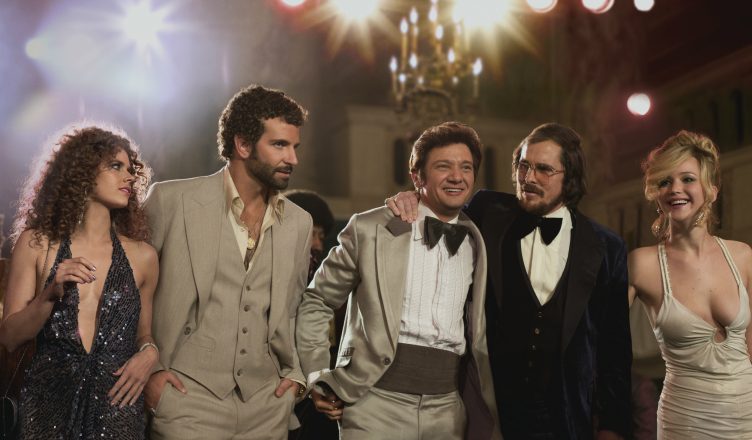 The gambling genre has hit the jackpot when it comes to blockbuster movies over the past sixty years. From the likes of Casino to The Cincinnati Kid via Ocean’s Eleven, films based around chance and luck often go on to achieve box office success and critical acclaim.

Here at Jackpot.co.uk we recently compiled a list of the top ten gambling films ever made. And while totally subjective and open to debate, it got us thinking about just what makes casino flicks so popular with audiences all over the world.

We believe it is the way they tap into our psyche and connect with the gambler lurking inside all of us. Some undoubtedly have a greater appetite for risk than others, but we all like to put our faith in good fortune from time to time, getting a kick from the anticipation and thrill playing a hand of blackjack brings.

Casino films can push that button, but with the viewer able to take a back seat and enjoy watching someone else risk it all on black. This heightened sense of excitement is brought to life through intriguing plots, many of which are true to life and based on real events and people.

From Owning Mahowny, which tells the tale of Dan Mahowny, the youngest assistant manager in the history of the Canadian Imperial Bank who defrauds his employer to the tune of $10 over 18 months to fund his gambling habit, to 21, which follows a team of M.I.T math students who learn to count cards and take down the house.

Then you have more elaborate and glitzy plots, such as Ocean’s Eleven where former con Danny Ocean plans to steal $150m from a state of the art vault located 70ft below the Las Vegas Strip, to Casino Royale, where James Bond takes on a terrorist financier in a high stakes game of poker with multi-million pound hands.

Such is the variety of stories told and characters portrayed, gambling films have mass appeal, bridging the gap between genders, generations and genre-specific fanboys/fangirls.

So, whether a poker aficionado seeking scenes that accurately portray the skill, intelligence and cunning required to play the game (The Cincinnati Kid) or a more casual viewer looking for some escapism (Fear and Loathing in Las Vegas) there is something for everyone.

Location also plays a big part in the genre’s popularity, too. Las Vegas is the go-to place for a lot of casino movies – The Hangover is based in Caesars Palace, while The Cooler is set in an old-school gambling house – with the bright lights and seductive show girls of The Strip transferring well to the silver screen.

Others are set in more exotic locations such as Montenegro (Casino Royale) and Macau (Skyfall), while London forms the backdrop for the likes of Lock Stock and Two Smoking Barrels and Snatch.

The success of the casino genre is also due to the top-flight talent it attracts. From savvy script writers to renowned directors to a-list actors and actresses; their skills combine to produce films with a superior production value that can stand the test of time.

When it comes to it, casino films offer the full package. They engage the audience through incredible and often inspirational stories, they are set in exciting locations and are written, acted and directed by some of the best in the business. They are exciting and engaging, and offer the ultimate form of escapism.

And for movie fans all over the world, that’s what makes gambling flicks so popular.