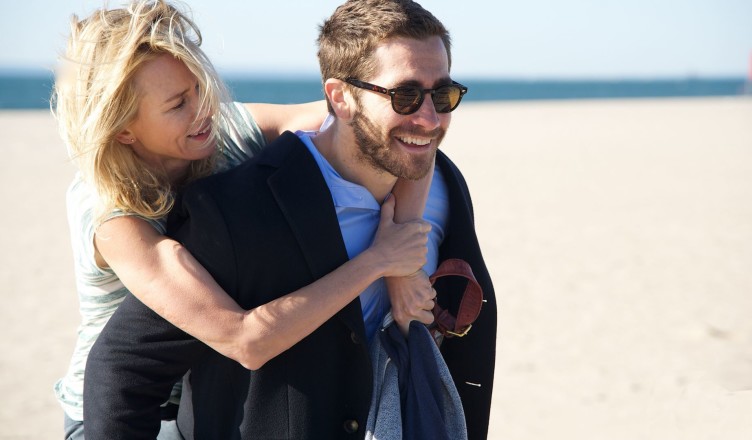 Synopsis: As an investment banker struggles after losing his wife in a tragic car crash, his increasingly confessional series of letters to a vending machine company catch the attention of a customer service rep with whom he forms an unlikely connection. (Imdb)

Just when you think Jake Gyllenhaal can’t outdo his previous performance, he manages to create another oddly fascinating complex character. In Demolition, Gyllenhaal plays a Davis, troubled investment banker that’s attempting to deal with the loss of his wife. Davis doesn’t take the typical approach to dealing with loss. He’s bent on destruction–literally. He destroys and takes apart every appliance in sight. Davis develops a relationships with a customer service representative that spirals into a whole new life experience and perspective.

There is a lot going on in this film. Director Jean-Marc Vallee and screenwriter Bryan Sipe present a variety of complex characters dealing with inner struggles that seem to fester and boil up and slowly begin seeping through. The character buildup is fascinating. Gyllenhaal, Watts, and youngster Judah Lewis play characters that on the surface appear to be damaged. The intriguing thing about them is that they are rich and vibrant personalities. They are damaged people that draw you into their struggles. Why is Davis putting apart appliances? Why isn’t he grieving for his wife? Was he always this carefree or did his wife’s death? Various questions can be asked of his character, as well as the supporting ones.

Gyllenhaal is doing his best work of his career in the last couple years. His career transformation began with End of Watch and evolved with Prisoners, Enemy, and Nightcrawler. Demolition proves to be another fine film with a wonderful performance from him. This is an actor at the top of his game, that’s establishing himself as one of the elite few actors in Hollywood.

On the surface the film looks to be a bizarre story of a guy that appears to lost it mentally that’s going on a wild tangent of breaking things apart, but it’s a lot more than that. It’s about opening up your eyes and discovering the important things you miss out on in life. Gaining perspective and self-discovery. I appreciated the dark side the characters had to them. Things aren’t black and white. It’s the shades of gray in the human mind that is being depicted in the film.

This is a funny film that is centered around a death of a young women. Not a funny topic, but the charm and weirdness of the film makes it okay to laugh. The plot twists are edgy and surprising. You sort of loose focus of the plot and stay in the moment with the characters, but when a twist pops up, it changes the perception of the film and the characters.

The relationship between Davis and Karen (Naomi Watts) is fascinating. It reminded me of Joaquin Phoenix and Scarlett Johansson’s character story in Her. This lustful infatuation with someone you haven’t met. In this case Davis sending letters to a customer service rep for vending machine company (genius concept). It made me think of hearing stories about people falling in love through online dating without even seeing each other. The power of communication and having someone listening on the other end is amazing. People fall in love with the idea of a person, in this case being real, but the fantasy of them.

There is this cat and mouse game that Davis and Karen play. She fears meeting him, while he’s eager to meet her. She sits in her car in a parking lot witnessing him go into a diner and wait for her. It’s odd and yet interesting at the same time. They have this heavy sexual tension between them, and I was constantly anticipating when they will finally hook up. In a way there is this mutual kinship and understanding that overcomes the sexual tension. Karen is sort of a mother or older sister figure, a romance wouldn’t be exactly fitting.

You can drive yourself wild by trying to figure out if Davis is legitimately going crazy or is he actually finally starting to see the light. The lack of disregard and lack of emotion he appears to have for his wife may turn off some people and have them lose interest in the character. He seems unsympathetic and overly cold that way. The concept of demolishing appliances is a bit weird and disconnected from the plot. Yes, he’s dealing with whatever he’s dealing with on the inside, but demolishing everything and taking his house apart plays like a farce and a completely different side story that doesn’t have a lot of relevance to the core of the plot. If you take away all the material destruction, you’d still have a compelling movie, thought the title would need some tinkering.

Demolition sounds like a movie about destruction. It’s more of a metaphor for it. The character are filled with emotional distress and burdens that paralyze their existence, it’s fairly heavy stuff. Gyllenhaal and Watts are a great pairing. There is no set way to deal with tragedy and death. Demolition presents a perspective on it that’s fairly uncommonly seen in movies. In reality some people are unhappy in their marriages and the film explores that perspective. Can death be freeing or a trip back to regret? This movie made me ponder that.