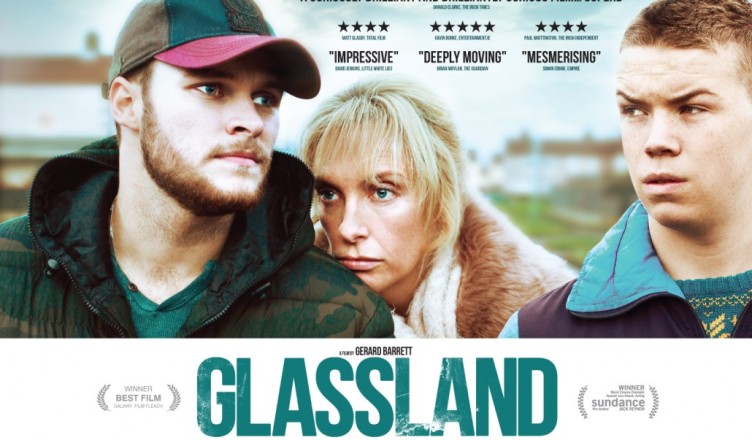 With the recent release of the deeply striking Irish drama “Glassland”, I had a chance to speak to one of the stars of the film Jack Reynor. Most notable known from his work on Michael Bay’s “Transformers: Age of Extinction”. Jack spoke about Glassland, Han Solo, and Transformers among other things. Check out the excerpts below and listen to the full interview. “Glassland” is out now in select theaters and On Demand.

Jim: What made decide to take on this role?

Jack: I read Glassland in 2012, just at the very end of 2012. I thought it was the quintessential film about addiction and what addiction means in a family dynamic, especially an Irish family. Ultimately to me it was a very Irish story I could relate to and respond to immediately.

Jim: Was is difficult to transition from Transformers to doing this film, getting in that mental space to do these two different films?

Jack: Not really man, interestingly enough by the time I finished Transformers I was ready to do something like this you know. Something that’s really just performance based, small, intense and in your face, and it is what it really was and I relished the challenge.

Jim: Did you personally have any inspiration for this film, a story that hit you home home in a sense where you witnessed alcoholism in your life?

Jack: I mean, it would be hard to find any Irish family that doesn’t have some element of addiction and hasn’t faced something  in some way similar to this, maybe not in the same profound level, but we certainly have a history of addiction in Ireland. I’ve seen people have gone thought this in the past.

For the rest of the interview listen to it in its entirety by clicking below:

“Glassland” starring Jack Reynor and Toni Collette is out now.