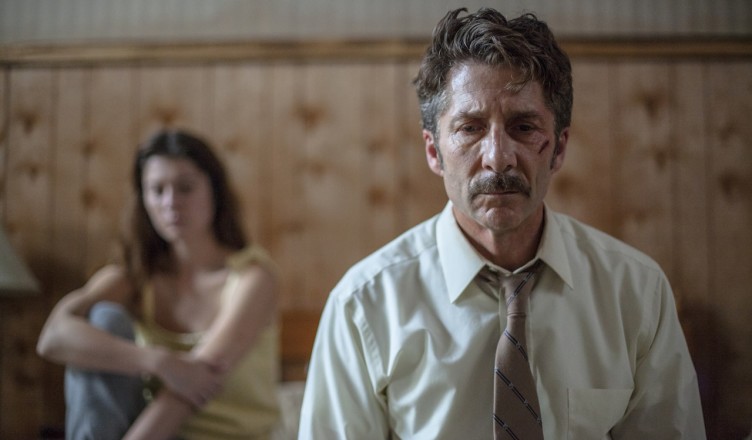 A renowned authority (Leland Orser) on mind control encounters a formidable challenge when he is hired to deprogram a strong-willed cultist (Mary Elizabeth Winstead).

Boy, did this one ever throw a startling curve.  The first several scenes of “Faults” seem to suggest that this will be a farcical, almost silly, dramedy.  Definitely not my cup of tea.  Then things change.  Really change.  And we get an about- (shovel to the) face shift in tone scarcely seen, cinematically speaking.  And I began to drink heartily of that which was being served.

First time feature film Director Riley Stearns takes this story (which he also wrote) in a completely, and most unexpectedly, different direction altogether.  So dissimilar, in fact, that it’s difficult to describe.  I’ll just offer that things get pretty “spaced out” as “Faults” forges forward.  And add to that the fact that I continue to be impressed with emerging talent Mary Elizabeth Winstead (Stearns’s wife) as a cult member who has been taken captive at the behest of her parents to be “deprogrammed” by a frenetically fractured fellow exquisitely portrayed by Leland Orser.  Such material in the hands of less capable actors would have been nothing short of dreadful.  Thankfully, it all came together to work for me here, all things considered.

As “Faults” finishes, our personal perception will determine if what we believe may be going on is actually happening.

One thing is for certain.  What we have come to realize is a stunningly astonishing turning of the tables on masterful manipulation.