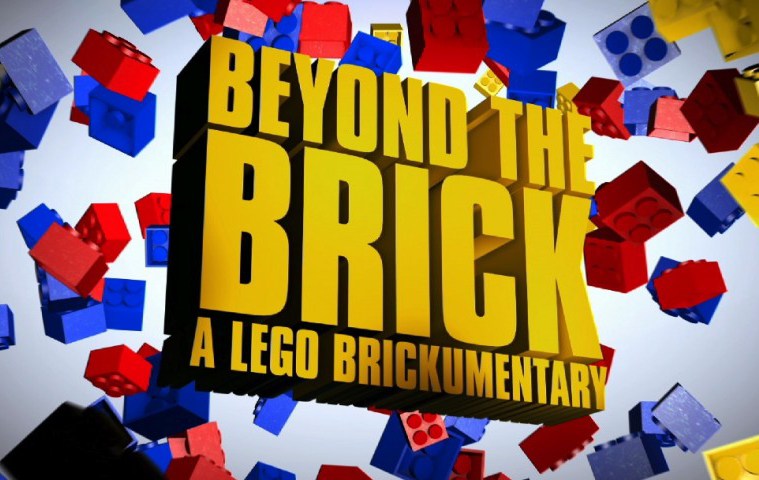 Synopsis: An inside look at how LEGO affects our society.

LEGO has been a part of most kids lives at some point. You probably remember that moment where you unwrapped that big box from under the Christmas tree to find the LEGO set you asked Santa for. Most of us have some sort of favorite LEGO story growing up, favorite set (mine was the medieval castle set), favorite LEGO figure, or remember the toughest set to put together, in my case it was losing key pieces and having to be bamboozled by my friends trading a figure for a measly grey brick. The memories are there. Growing up in Europe (Poland to be exact) Lego was a huge part of your childhood.

Today, LEGO is a global phenomenon that attracts people of all ages. No longer is it only acceptable to for kids to be LEGO enthusiasts, adults round out a huge portion of the LEGO fandom. In A LEGO Brickumentary the informercial/documentary delves in to how LEGO started and the “impact” it has on today’s society. The film is hosted by a LEGO figurine, that’s voiced by Jason Bateman, chronicles the events that lead to the start of the company and makes numerous stops between giving you a closer look at some LEGO related personal stories.

This is a movie they could easily make you watch during the tour of LEGOLAND (that’s actually a legitimate theme park in Denmark). The Brickumentary starts out with the origins of the company. The company founded in 1932 in Billund, Denmark by Ole Kirk Christiansen. Apparently Christiansen didn’t have much luck as his original LEGO warehouses burnt to the ground multiple times, but ol’ Ole was a determined fella and build it back up each time.

The Brickumentary doesn’t waste time introducing the famous celebrities who are fans of the product. It features testimonials from musician Ed Sheeran, who is apparently a nuts for LEGO, South Park co-creator Trey Parker who claims LEGO helps him clear his mind (which is kinda impressive since this is the same mind that brings you the insanity of South Park), and NBA star Dwight Howard (who has been known as being a big kid, on and off the court).

The film introduces individual stories and stacks them up, then goes back and catches up on them later in the film, as if to fill the time. It all could have easily been showcased in 60 minutes instead of the 93 that it is. One of the big surprises it follows is the unveiling of the full-sized replica of the Star Wars X-Wing Fighter plane. Some individual stories follow, notably focusing on the LEGO conventions and fan clubs that are reminiscent of the Harry Potter, Star Trek, and Star Wars fanatics, the LEGO version call themselves AFOL (Adult Fan of Lego). A terrible name for a fan club of middle aged men who also refer to hot babes as “1×5’s,” which is supposed to give a clue to all LEGO aficionados that a hot girl is in their presence, since apparently there is no LEGO brick that has a 1×5 measurement. Clearly that explains everything you need to know about these AFOL’s.

The big message the Brickumentary attempted to convey is the impact LEGO has on our society, as well as how this has turned into a product for adults more than kids. It also does a solid job of patting itself on the back for being an out-of-the-box (pun intended) company who incorporates many of it’s ideas from the consumers of the product. I’d like to think of it as free labor and collection of ideas to help them make more millions. There are some interesting stories about regular people that featured in this infodocumetary. One of them being about the guy named Adam Reed Tucker who hit rough times in his real corporate job, and parlayed that into creating LEGO Architecture. There is also a neat story about a mom who turned her LEGO building artistry into a winning exhibit. There is no denying that these LEGO builders should be considered legitimate artists, based on the skill level and difficulty of work they create with LEGO’s. If you are a LEGO diehard or an AFOL you probably have already watched this film or went through some shady places to download it. For everyone else, you are best served to wait till it comes out on Netflix.

Additional Thoughts: While I did find it interesting and charming at times, A LEGO Brickumentary feels too much like a glorified commercial for the company. Yes, they have been successful and released a hit movie (The LEGO Movie) in the recent years, but unlike what they are trying to subliminally make you believe, the world does NOT run on LEGO. It’s a bit too long to fully enjoy and not get bored with, I know I did after the hour mark.

A Brick That Can Build Anything