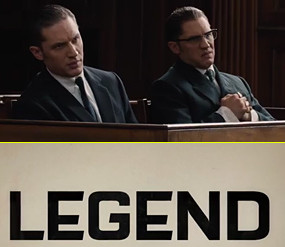 Look, I’m going to keep this short and simple. Tom Hardy, playing two British Mobsters (yes, that’s with an “s”) during the 1950’s with Brian Helgeland as the director. As a great man once said, “Shut up and take my money!!!” In one minute and thirty five seconds, you can tell this is going to be an awesome movie. Truthfully, I don’t even know who else is casted, but who cares. One thing, I do have to say is that I hope they don’t release the film on September 11 as the U.K. is planning to do. It has been fourteen years since that horrific day, but I honestly do think it would hurt the film, if they decide to go that route. Cross your fingers, so that the release date is pushed back by a week or so. This movie deserves all the recognition that is to come.