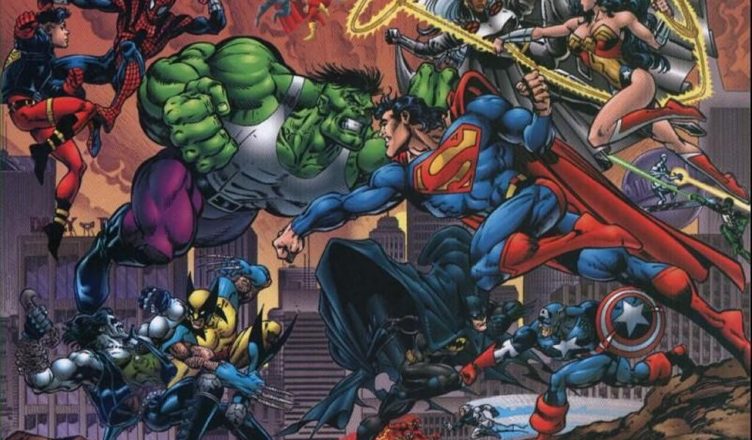 I love seeing a Marvel trailer and knowing that I’m not going to get every single plot point in a span of three minutes. I love seeing my favorite comic book characters done right. I love having humor in my movies. I love seeing team ups and crossover that I honest to god never thought I would see in a billion years. I loved seeing Sony succumb to the failures and come crawling back to Marvel bosom.

Fox is doing great, I can’t even take that away from them. Their X-men universe, for the most part, has been wildly successful. Their Fantastic four is a different story, but I don’t blame them too much for that. I personally feel that F4 is just too out of date and would never be able to make that leap until the modern age.

However the bread and butter of being a Marvel fanboy is arguing with D.C fanboys. Nothing brings me greater joy in life NOTHING! I love how hard D.C fanboys tried to defend their hot trash movies with idiotic reasons and perspective.

Me: Why is D.C better than Marvel?

Me: Whoa, let me stop you right there buddy. Are you telling me that the alien, half god, cyborg, and underwater king is set in a realistic world? That sounds insanely plausible (I‘m being sarcastic if you couldn’t tell).

D.C Fanboy: It has work before!

Me: It has worked never.

Me: Here we go again, D.C has rebooted the universe so those movies do not exist, and they are not in continuity or cannon sorry. However, if they was. Do you really want your best movie to be almost ten years ago? I think not little buddy.

D.C Fanboy: What are you talking about Man of Steel was great!

Me. Whoa see I have to stop you right there again. Man of Steel was an okay I can even push it to good, but not great. With the exception of Batman and Flash every movie in the DCUE will be okay at best.

D.C Fanboy: Why is that?

Me: To put it bluntly everyone else on the rooster sucks balls. They are not relatable in any sort of way. Superman is a god, Wonder Woman is a half god Amazon warrior princess, Cyborg is a cyborg, and Aquaman is the king of the ocean with god like powers. There are no issues to explore. The reason that the Christopher Reeve Superman did so well is because they didn’t try to over analyze. Be a hero and get the girl that’s it. In the latest renditions (I.E Man of Steel and BVS) D.C tries to sell me on Superman having real problems. I have real problems, you right now have real problems, people in Haiti have real problems. Superman doesn’t have real problems. If Bill Gates came up to you and ask for your help with a problem and you find out he needs help to pick out a color for his son 3rd jet. You would instantly say that’s not a real person problem. That’s Superman in a nutshell! 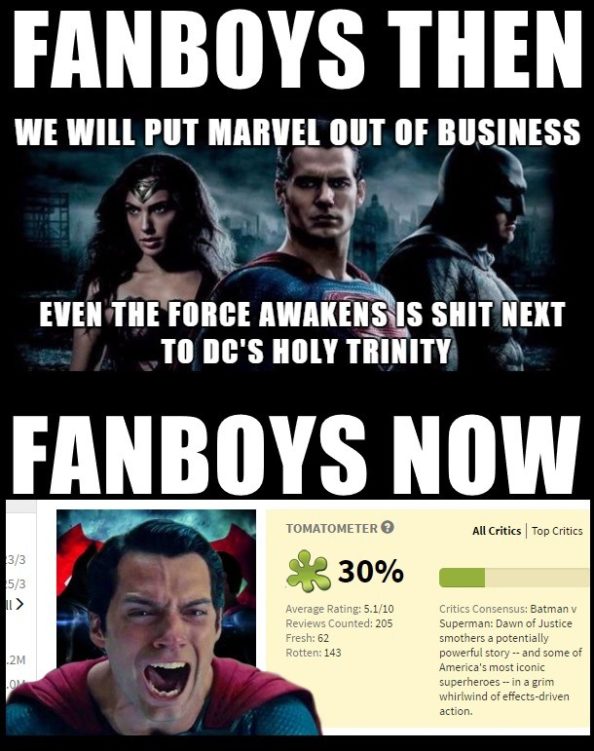 If you are a D.C fanboy that is perfectly fine, but you should know. The D.C universe is the worst thing happening. You play for the worst team and you’re the third string option. Y’all getting your ass whip and everybody in the world is watching. It’s a sinking ship that for the life of me I can’t understand why no one abandon. It’s almost like an abusive relationship. D.C promise they will do better, you believe their lies and they turn around and hurt you again, it’s a vicious vicious cycle. Is there a point to this post… No, I just wanted to make fun of D.C Fanboys. Why because I’m a Marvel fan we have nothing better else to do ,but gloat. Which team are you on Marvel or D.C? Let me know in the comment section below.

P.S I can’t wait to Wonder Woman comes out and flop, which it will. I’m curious to see what fans say then. 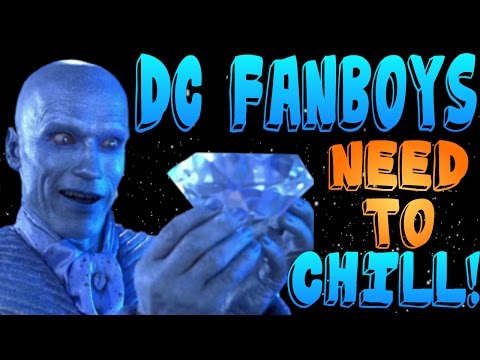 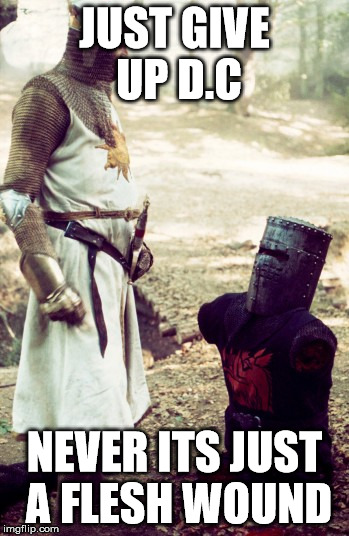