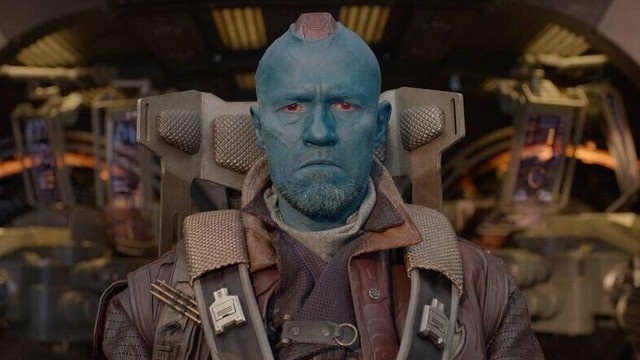 Jim: Obviously Chicago has a place in your heart, what does it mean to come to come back to the place where you basically got your career started at?

Michael: It started my career in a major way, sure it did. I don’t wanna say actors are boring, but I think its true in certain situations. I’ve been always going into that route. I grew up in the inner city, there was no real theater or performance art, or anything like that. I was a big film buff, and I really liked watching good movies. I despised commercials. They were just horrible. The were all over-acting, it was just really bad. Nowadays commercials are much more realistic. There are much better productions and it’s much more realistic.

Michael: I’m looking at commercials these days and I say to myself wow this is good. It’s well done. When I was a kid it sort of influenced me in a negative way. It made me want to act and do it  better.

Jim: You have done a lot of films and The Walking Dead series, why do you think it resonates with so many people and have a cult-like following?

Michael: You got the base fans, the horror and zombie ones. It really hooked a lot of people, and I think it did it because its not a show about zombies, it’s a show about survival and family coming together and working together. In The Walking Dead situation we are trying to survive, same as in the Driving Dead (local Chicago PSA against drunken driving). You are trying to survive that trip. You don’t want to make it too heavy. You don’t wanna say that driving out to school is like a zombie apocalypse, but you have cars driving out from the right, left, passing in front of you. You have to be really defensive.

Jim: Especially if you add driving and texting to the equation.

Michael: It happens a lot. Sometimes not necessarily with younger people. If you been doing it for a while, you start thinking you can do this with one hand. You start thinking, I can eat and drive, I can text and drive, I can drink and drive, I don’t need a safety belt. These are the thoughts that come across your mind as a driver, not necessarily a beginning driver, it can happen later on in life. You have to be really good with it, even as a driver who has been doing it for a long time like myself. You really got to realize like wow. This new car I got, I was not ready for the power behind this car. I had to change my way how I was dealing with this car. I have to be even more conservative with my driving, because this car can do exactly what I want it to do, when I want to do it. Yeah, you need power in a car to get out of situations sometimes. Always get out of the situation by braking. Don’t get me wrong, sometimes you need to get around situations, not every situation. It’s pretty amazing how driving is dangerous, as opposed to being in a zombie apocalypse. You don’t know what’s going to happen, you can’t control anything. The only thing you control as a driver is your own speed. We learn from day one that speed kills, and it truly does. It cuts down your reaction time, your braking situations making it take much longer to break.  I tell people don’t out-drive your breaks and headlights, I tell them that all the time. I mean look, your headlights can only go so far, 250 feet or so. Depends on your headlights, but if you are driving fast enough that it’s going to take you 250 feet to stop, that object you see in front of you does not matter if you are driving too fast for your headlights the you are going to hit it.

Jim: How has Guardians of the Galaxy changed your life?

Michael: Oh man, it was awesome. The cast and crew were so professional and talented. It was the biggest thing I’ve ever done. A lot of fun.

Jim: Thanks for your time Michael

Michael: Thank you man, my pleasure.