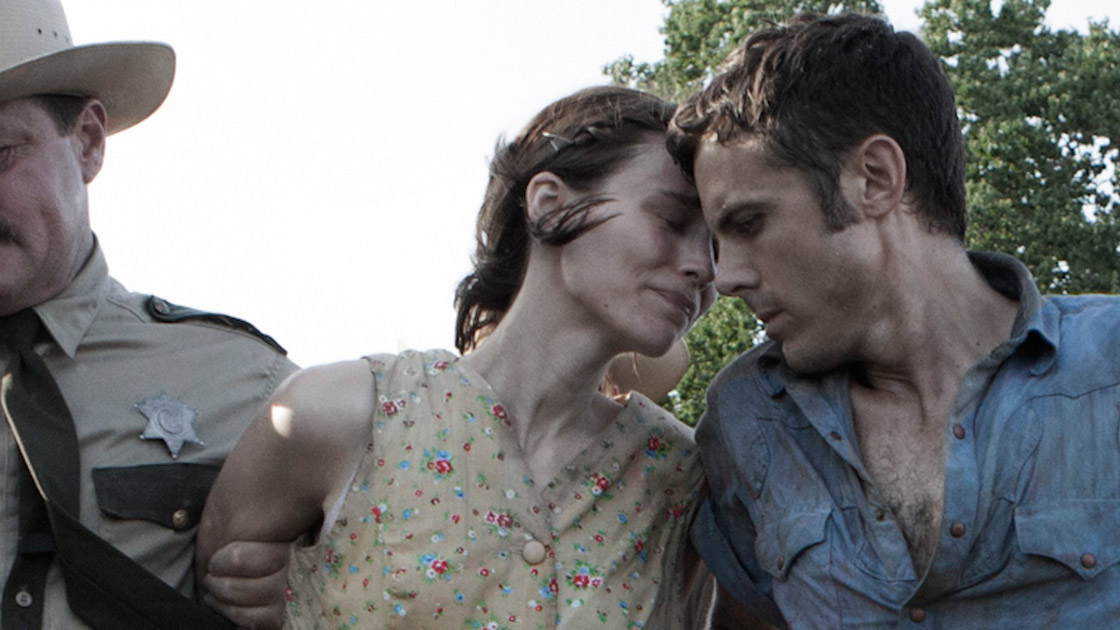 Ain’t Them Bodies Saints debuted at the 2013 Sundance Film Festival, where it won the Cinematography Award in the U.S. Dramatic Category and nominated for the Grand Jury Prize. You can see why, the trailer looks pretty special! Writer and Director David Lowery has in the past edited numerous films, including Shane Carruth’s Upstream Color. I went to a screening for Upstream Color a couple months ago – the cinematography was beautiful, so I’m pretty excited for Ain’t Them Bodies Saints!

Brought to life with exquisite detail and rich cinematography by Bradford Young (winner of the US Dramatic Cinematography Award at Sundance), the gritty landscape of 1970s Texas Hill Country is the backdrop for this mood-drenched collision of love and crime. After his pregnant wife (Rooney Mara) makes one false move during a bloody shootout, a bank robber (Casey Affleck) faces a 25-year sentence that destroys his dreams of a family life. Shot through with the yearning and melancholy of a folk ballad, David Lowery’s directorial breakthrough—one of the most acclaimed films at Sundance and a special Critics’ Week selection at Cannes—extends the Bonnie and Clyde tradition with its breathtaking meditation on the fragility and transience of love.