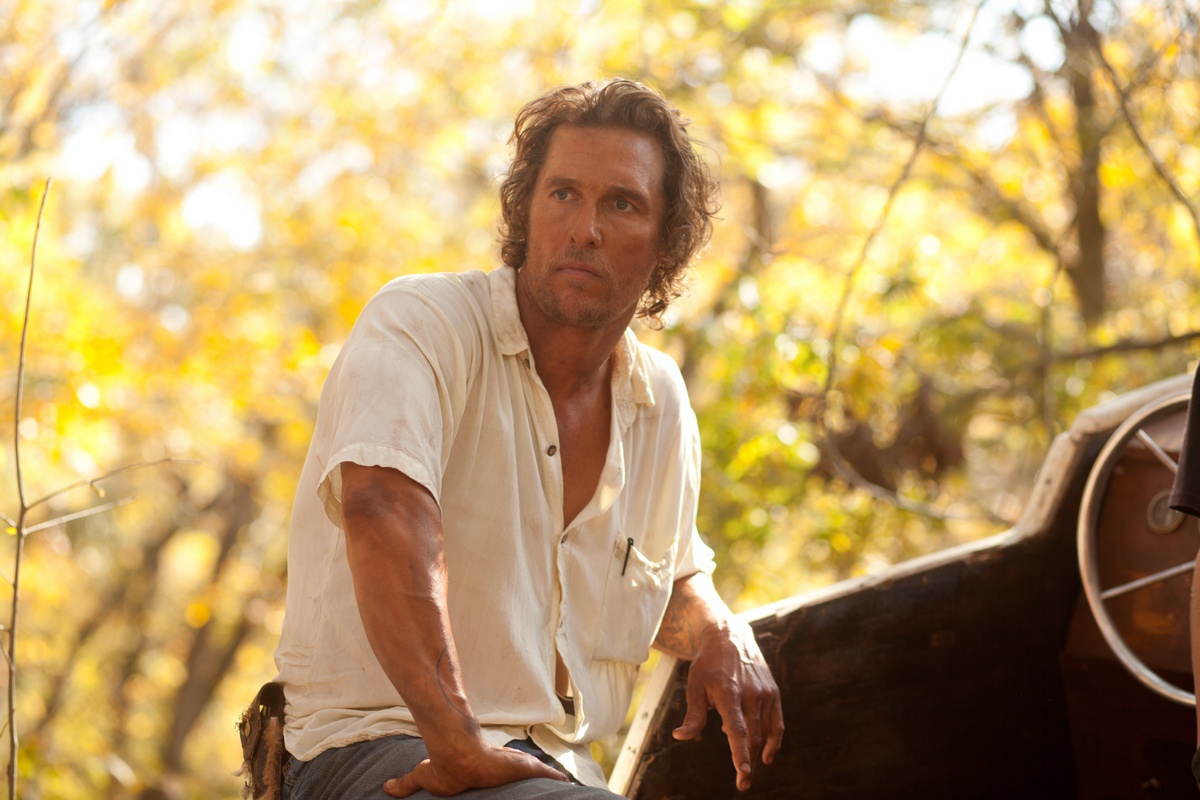 Tis the season for big summer movies invading theaters for audiences. However, the movie MUD deserves your undivided attention and your hard earned money. Playing in limited release, MUD is the film audiences should be buzzing about and some already have begun to do so. (Its opening weekend gross was $2.1 million while playing in just over 300 locations!) Before movie-goers get distracted by superficial and forgettable blockbusters in the coming weeks, let me boldly declare: you have an opportunity to watch the first movie that will have a lasting impression beyond 2013. MUD, a Tom Sawyer and Huckleberry Finn caliber tale for a new generation might be the year’s first capital C classic film (not the cult kind either). Summer movies used to be like MUD before being high jacked by big studios looking to sell mindless hype to eager and gullible consumers. When audiences discover MUD playing in smaller auditoriums in theaters (or eventually picking it up at the Red Box), people will LOVE it! To sum up the story of MUD, this sincere, emotionally satisfying coming-of-age story focuses on Ellis (Tye Sheridan of “Tree of Life”), and his best friend Neckbone (Jacob Lofland) who live in houses along the Mississippi River in Arkansas. While exploring, they befriend accused murderer (Matthew McConaughey) hiding in the woods of a Mississippi River island. He wants to reunite with his childhood girlfriend Juniper (Reese Witherspoon) waiting in a nearby hotel room as the authorities are looking for her lover. Supporting performances from Sam Shepard as a recluse neighbor with insightful wisdom and Michael Shannon as the angst filled uncle add more dimensional narrative story telling. There inclusion gives this Southern gothic tale a true novel feel. There is an exciting climatic shoot out that rivals with suspense and intensity of anything the big CGI-infused summer blockbusters will probably have to offer.

Writer/Director Jeff Nichols (of the grim “Take Shelter”) has an eye for detail, mood, and atmosphere while commanding his actors that captivate audiences. Watching this movie and expecting “Take Shelter” was puzzling, but also refreshing. I like to walk into movies knowing little to keep expectations at a reasonable level. MUD is a testament to the versatile talent of a great story telling filmmaker. Mystical without being hooky and sentimental without being manipulative, MUD is genuinely heartfelt. MUD is quietly magnificent with such innocence that is a rarity for today’s filmmaking. Many limited release movies are for segmented audiences; elitists with a taste for art house flavor, faith based movies for vans full of churchgoers, or various comedy/dramas aimed for the under-served minority community. MUD is for everyone. From the hot dog eating, “Duck Dynasty” watching Middle America to the organic dining, Salon reading urban dwellers, all audiences will want to watch it despite geographical location. (The Arkansas setting will make it more appealing to Southerners) Those who admire MUD the most are audiences who enjoy story telling or people who were ever young. There isn’t a pretentious bone in its body.

MUD reminded me that in our 3D era of movie making, an indie feature about life is the biggest adventure captured on screen (even if it is being released during the height of summer movie season). With an engaging storytelling, quirky narrative side characters, emotionally satisfying development, magical enchantment, and a genuine thrilling climax, audiences will be in for a treat. Go see it. This is a movie not to be missed.