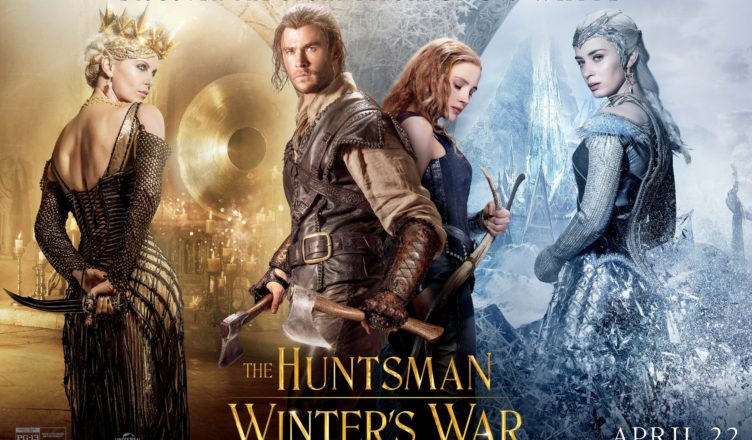 The Huntsman: Winter’s War, which opens this week in theaters, expands upon the mythology and world from the 2012 blockbuster movie Snow White and The Huntsman. The combination of the all-star cast, polished look, and stunning costumes are an entertaining time for audiences eager to escape into the depths of this enchanting world. After an advanced screening, the primary cast members including Charlize Theron, Jessica Chastain, and Chris Hemsworth spoke during a lively Q&A simulcast about the challenges and good times with making this fantasy epic.

For all the times actress Charlize Theron has made a movie and her career spans for almost two decades, The Huntsman: Winter’s War is the first time she reprises a role.

“I do it at home all the time,” she joked to the audience. “First off I died so the idea of coming back was ‘you guys are crazy’ and then when they sent me the script…it didn’t feel contrived to me. I was just flattered. I had a great time working with Chris so coming back for the second one with these amazing girls and Emily Blunt was the greatest job.”

In discussing the weapons and artillery used in the Huntsman sequel, Chris Hemsworth recalled the training he endured, but was very impressed with his co-star Jessica Chastain’s ability to work very hard in her role.

“Jessica and I trained for a number of weeks and we had to have a continuity in the way we moved and fought,” Chris Hemsworth said. “She had even more flourishes, flips, and twists. She did this in five inch heels which was even more impressive.”

Actress Jessica Chastain, who is known for big roles in smaller movies, was up to the challenge to transitioning from indie cinema to a fantasy epic. She had extra motivation. She actually wanted to enjoy working on a movie.

“It was challenging, but I do all those small dramas. I got to a point where I was so depressed that I keep doing all these sad stories. I wanted to have fun and I had so much fun on this movie,” she said. 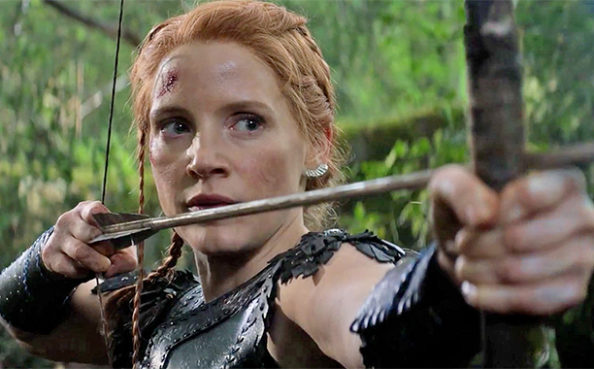 Chastain mentioned how she has always wanted to do more action oriented, fantasy movies like this but the right one never came her way. For this actress, it wasn’t just doing any movie, but rather playing a character that fit her values and encompasses who she truly is.

“I normally don’t do these kind of films. I always wanted to but every time I got a script, it was like the damsel in distress or the girlfriend,” she said. “This was like a modern fairytale. To me this relationship was very equal and they were both very capable on their own but they are actually better when they’re together. And that’s the relationship I respond to so I was really stoked.”

Charlize Theron is a talent to reckon with. She knows how to play a good diabolical villain. She enjoys acting out an evil side on screen. The Huntsman: Winter’s War gave her another opportunity to explore her bad side vicariously.

“As an actor you don’t get to go to jail so that’s always good. You get to be as bad as you want to be and no one puts cuffs on you,” she said. “I’ve been doing this for almost over 20 years. And to play the villain within that, then you get to do stuff that you don’t do in contemporary. Somehow this world supports you to get a little bigger.”

One stunning aspect to The Huntsman: Winter’s War are the exquisite costume designs from multi-Oscar winner Colleen Atwood. She sets the bar very high within the Entertainment Industry. With The Huntsman: Winter’s War, she continues her high quality work of shimmering costumes. They looked the best on Charlize Theron who discussed just how amazing it was to wear her wardrobes. 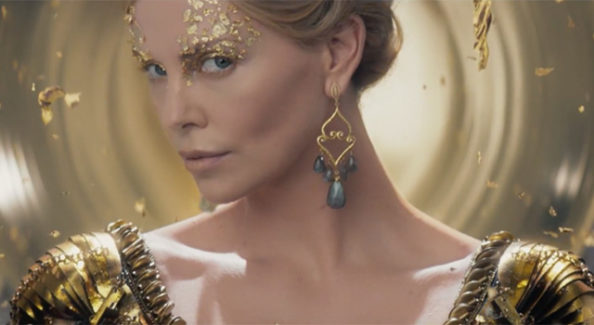 “We would all show up rehearsing in our sweats and it just wasn’t the same. There’s something about it that didn’t feel right and then you’d put the costume on,” she said. “[Atwood]’s as good as they get, but she goes so far with Emily and I. It is so complex and layered we literally have four people drag us to set.”

The humor in The Huntsman: Winter’s War stands out especially compared to the original movie. Chris Hemworth will take away from his experience how much fun he had on set which reminded him enjoying watching movies when he was younger.

“With the guys who played the dwarfs, I think that was some of the funny stuff that I’ve done,” he said. “We had a great time with the first film, but certainly the idea with this one was to elevate the sense of humor, the fun and the adventure to it. But to have that, it’s why you go to the movies. I would see films like this as a kid and sort of be swept away.”

One thought on “Theron, Chastain, and Hemsworth Discuss The Huntsman: Winter’s War”