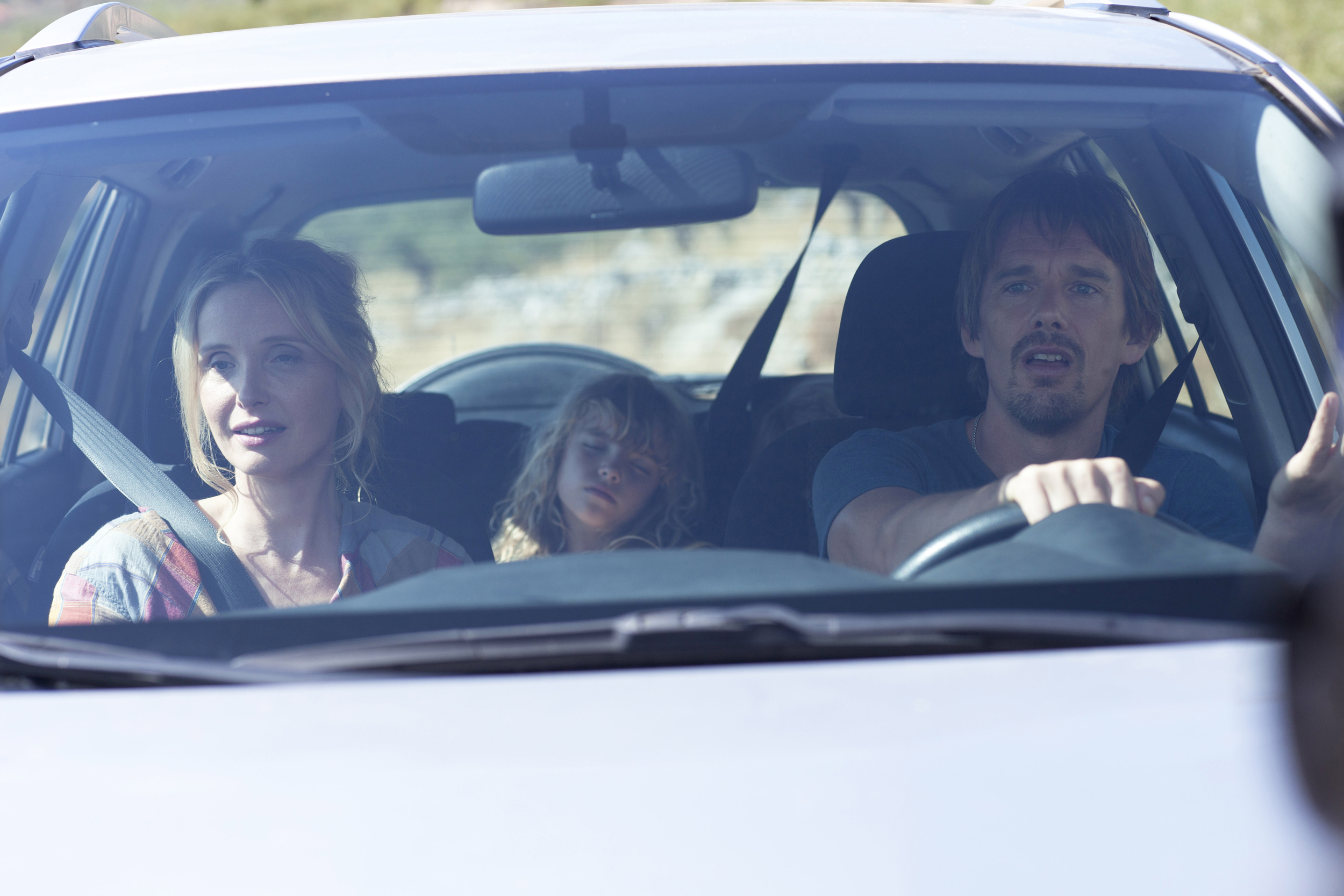 The complexities of marriage are a difficult relationship to showcase in the movies. Usually sultry affairs and superficial disrespect reign in the industry. Everyone wants to feel good and check out when the serious fights begin. That’s life. Working through the mess is a testament of love, devotion, and commitment. The two main characters in both Before Sunrise (1995) and Before Sunset (2004) reunite for Before Midnight find themselves married and in the predicament a Gen X people are currently struggling to define. This is the third installment in the beloved Richard Linklater European romance and is the best of all three movies. Fans will adore this movie. Before Midnight could potential win over the recently converted art house crowd, which aren’t familiar with the first two movies. Almost a decade after Before Sunset, Jesse (Ethan Hawke) and Celine (Julie Delpy) live in Paris together, and are parents to twin girls. Jesse is also struggling to maintain his relationship with his teenage son, Hank, from Chicago with Jesse’s ex-wife. Jesse and Celine have spent the summer on a Greek island. Jesse has continued success as a commercially acclaimed novelist. However, Celine is trying to figure out her career and is contemplating a job working for the government. During a night away from their children, they intensely discuss the new phase of life: for Celine to take a job in Paris or for them to move to Chicago to be closer to Hank.

As stated, depiction of marriage can be challenging for actors and even a daunting task for any filmmaker, but Before Midnight makes the experience exhilarating and even haunting. This scripted fictional account of characters felt like an actual documentary on marriage. Richard Linklater has the versatility and discipline to flawlessly pull this off. What I found admirable with Before Midnight was how Linklater commanded Hawke and Delpy to contain the perfect amount of composure from a dense and brutally honest screenplay. They are more invested in these character than anyone. This is an emotionally satisfying experience for people who have followed these characters previously with Before Sunrise and Before Sunset. The script deserves major awards considerations.

Viewers could follow Before Midnight if they haven’t seen the previous two movies. One wont get lost in the relational conflicted emotions. However, it is a more rewarding experience to invest in these great characters and fully understand where they are coming from by watching the first two movies. I am concerned audiences may go in unfamiliar with the characters and style of this series and be disappointed based on the ecstatic reviews. The dialogue heavy movie could alienate some viewers, but enchant many more. With about 12-15 scenes in the entire movie within the span of a hour 45 minute feature (my estimate), people speak freely like an organic conversation. What makes Before Midnight impressive is this is a rare “sequel” (and I loathe to use that word) where the characters mature and grow as they live with each other. This isn’t meant to rehash memories, but to articulate feelings and continue to live loving one another. This characteristic makes it more exciting, timeless, and everlasting than any big budget Hollywood blockbuster.