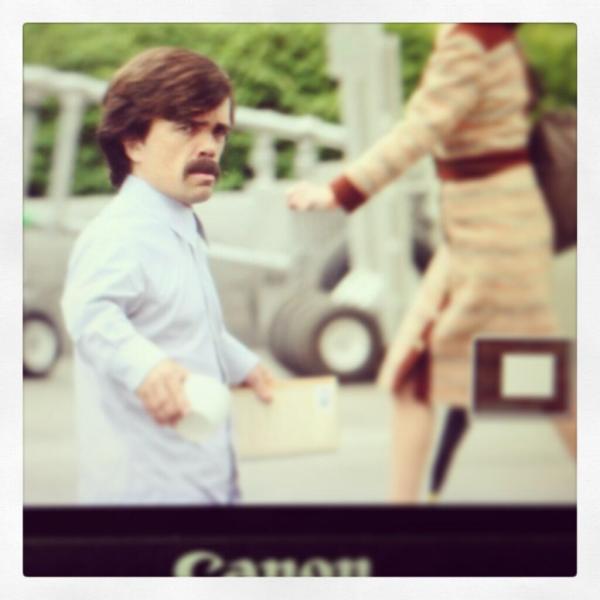 I saw this the other day and after much internal debate I decided to share them with you guys… and then I forgot. Sorry, it happens. These shots from the set of Day of Future Past show Peter Dinklage wandering around the set of Bryan Singer’s upcoming X-film doing… something. We still don’t know what character Dinklage is playing but the popular theory is that he’ll portray Sentinel creator Bolivar Trask. Judging by the haircut I’d say he’s a character from the 70’s rather than the dystopic future that the film will surely explore.

I like Dinklage as an actor. He’s a treat to watch in Game of Thrones and is easily one of the most likable characters who still has the honor of retaining his head. Personally I would prefer if he portrayed the villainous ‘Arcade’ but something tells me that the character wouldn’t be an exact mesh for the storyline, but that ‘sensible’ stuff hasn’t stopped Fox from questionably including random characters in the past, why start now?