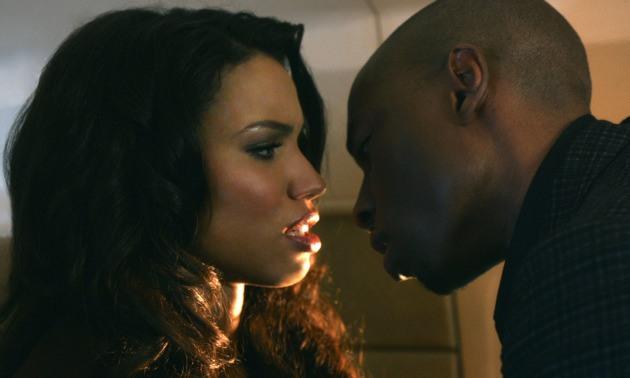 I take every Tyler Perry movie with a grain of salt. In fact, walking in this movie I went in with little to no expectations. I heard mixed reviews and ever since Diary of a Mad Black Women I’ve been going back to Tyler Perry as if he was a bad boyfriend I couldn’t break up with. Unfortunately, he proves me wrong every time and I wonder why I waste two hours of my life giving it the benefit of the doubt. This was the first movie that I questioned the director’s main theme or motive behind the movie. What was he trying to accomplish? From my perspective I got that: All rich men are the devil, don’t move to the east coast from the south since it’s full of heathens, if you cheat on your husband you will die inside and get AIDS. That’s just in a nutshell.

The film starts out with showing a marriage counselor talking to a troublesome couple. The irritable husband leaves the room to have this counselor recant on a story about this “sister” of hers she knew long ago. We go to a flashback of the protagonist lovebirds Judith (Jurnee Smollet Bell) and Brice (Lance Gross) hanging out as children. We get the (brief) sense of her two second background with her lover and fast forward to the couple in D.C. Tyler Perry didn’t want to fail to mention that Judith is an Ivy League graduate with a masters pursuing a career as a marriage counselor. I didn’t know if that was supposed to be irony that this educated woman basically ruined her life or what.

Since the couple decided to move to the “evil” side of America (side note: DC has one of the highest infidelity rates in the U.S. Tyler Perry picked this location specifically for that) she encounters her “temptation” named Harley (Robbie Jones) at the workplace. In fact, Harley was introduced fairly quickly in the movie. It was really hard for me to feel sorry for her relationship between her and her husband because I didn’t get a sense of who they were as a couple. All I got is that this broad (Judith) was bored and looking for something or someone else to “spice” up her love life.

The random dabs of celebrities in this movie made it almost comical. Including Brandy who played Melinda, Bryce’s coworker with a mysterious background, and Kim Kardashian who basically served as eye candy in the movie for men. Also what was up with Vanessa William’s French accent? Anyway, late nights turn into late “dates” with this Harley guy. We see it progress into something predictable. Things take a dramatic turn for the worse with an “unexpected twist” at the end that was even predictable from the start.

I can give Tyler Perry the benefit of the doubt in a sense that I know what message he was trying to bring but he did so in a horrible way. From my perspective, I feel as if Tyler Perry hates women altogether. In all, if not most of his movie the woman is scorned and/or bitter and needs to be saved. In order to fill that void a man must be there. For this movie, this woman had metaphorically sold her soul to the devil and ended up ruining her life in the end. The problem this movie had was lack of build up along with too many dramatic unrealistic things happening at once. It was hard for me to feel for any of the characters in this movie since it reminded me of a horrible parody. Moral of the story: Cheat and you die. Thanks Tyler Perry for that message!

I Give “Temptation: Confessions of a Marriage Counselor” a 3 out of 10