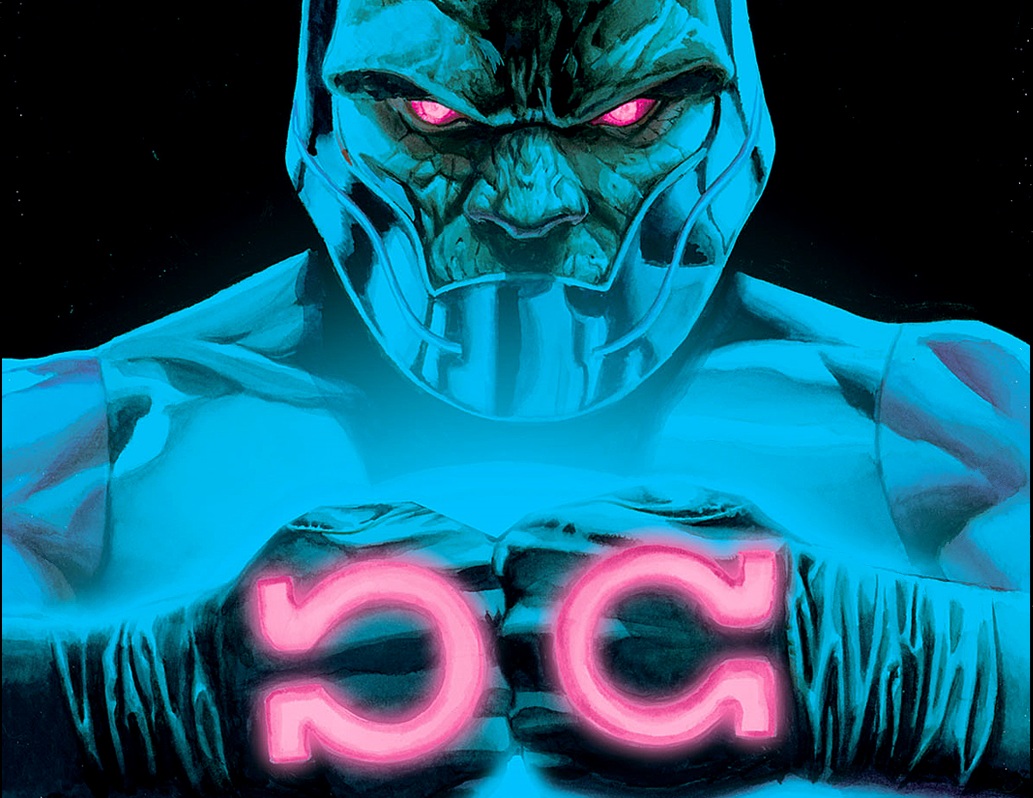 Be warned, this is a rumor. Right now the word on the web is that the name of the villain for the Justice League has been leaked. The rumor circulating is that Jack Kirby creation Darkseid will be the main baddie in the film that causes <del >Earth’s Mightiest heroesThe League to join forces.

After some persistent snooping, we have exclusively learned that the main baddie is none other than…

Yes folks, Darkseid. The supreme monarch of the planet Apokolips and the greatest threat to the DC Universe.

It’s kind of obvious if you really think about it. I mean for Superman, Batman, Wonder Woman, Green Lantern, and others to come together in a summer tentpole movie to face a threat, well, that threat better be planetary. Who were you expecting? Lex Luthor?

I’ve known Latino Review to be pretty accurate with this sort of stuff and while there’s no official confirmation from Warner Bros., I’m going to treat this as fact until I’m told otherwise.

Darkseide makes sense. With the recent reboot of DC comics’ titles you’ll know that the Snyder and company were privy to some interesting details regarding the direction of the characters ahead of the general public, hence the lack of briefs in Snyders’ superman design. Darkseide was the first villain that the league encountered together in the comics and I fully expect them to continue their newfound reliance on the source material for some decent stories. Darkseide is the ultimate threat for the league and is definitely a threat that neither member would be able to overcome on their own.

6 thoughts on “Rumor: Darkseid will be our villain in Justice League movie”