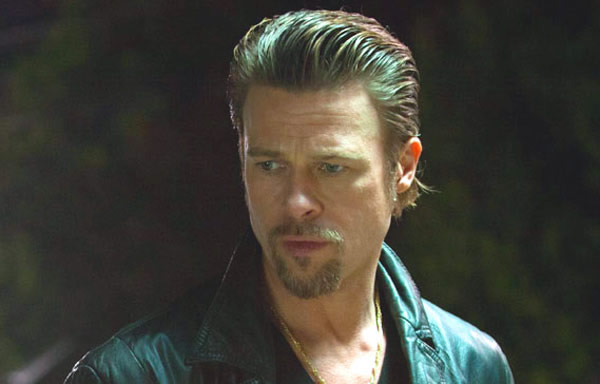 Several weeks ago, a good buddy of mine who recently moved out of state suddenly emailed me.  While on a business trip in India, he had an opportunity to watch “Killing Them Softly” and wanted to share with me his thoughts.  I immediately found this telling because we had lost touch since his move and a movie such as ‘Softly’ clearly elicited a response from this friend. He spoke positively about the movie and compared it to “Drive.”  This immediately warned me that it would be a tough sell for American movie audiences and, unfortunately, that premonition was correct.  Over the weekend “Killing Them Softly” crashed and burned at the box office grossing less then $7 million.  To add insult to injury, ‘KTS’ was awarded the dreaded ‘F’ CinemaScore rating recently.  Previous movies to receive the dishonor include “Solaris,” “Wolf Creek,” “Bug,” “The Box,” and this year’s “The Devil Inside.”  This is bad news for the T.W.C. feature that changed its release date a few times before landing on a less then desirable weekend after Thanksgiving.  I have a few theories as to why this didn’t do very well at the box office and failed to connect with the audience:

The trailer made it look like a somewhat low key, yet exciting heist movie. In reality, it actually was a thoughtful case study on the state of America’s economic turmoil. The anti-capitalism message was both heavy handed, yet passive aggressive.  As was with the George Clooney film “The American,” audiences reacted harshly to what they thought was one thing and instead discovered something completely different. “The American” received a very low D- CinemaScore rating and I noticed similarities between both movies.

Dialogue Heavy/Slow Pace
There were many silent moments interlaced with meandering dialogue along with some allegorical symbolism.  Many audiences are conditioned to expect a plot to carry them along to a definitive conclusion, but this isn’t the case with ‘Softly.’  There is complicity in its simplicity and everything in here takes its time to develop, but featured cinematography that was exceptional and eye catching.

Brutal Violence
Violence in R-rated movies always seems to offend people…even when they clearly have fair warning.  I remember a woman back when I was in college who was shocked at how violent a movie called “Kill Bill” was and somehow the same surprise was expressed by audiences for this feature and somehow people never fully prepare themselves or anticipate the brutality of what they are about to view.  Watching somebody get beat up to the point where they’re at the edge just isn’t an idea of entertainment for everyone, and neither is the idea of a scene featuring a bullet going into someone’s head from FIVE different slow motion angles.  I remember this was the moment when the movie lost me as a supportive viewer and turned me off in general.

Political Undertones
With the current mess in Washington DC, no one wants to be reminded of the financial crisis or to even hear the voice of Barack Obama talk about the state of the economy…especially those who escape to the movies. The impending Fiscal Cliff is making consumers anxious and don’t need to be reminded. At this rate, why not show John Boehner discuss the need for TARP? People attend the movies to escape the world… especially people who think they are going to watch something similar to “The Town” and not a re-visitation to the economic collapse.

Really!?! The Holidays!?!
Add this obvious reason for its strong negative audience reaction. People want to see ‘feel good’ or ‘Oscar bait’ movies this time of year. I remember the night before  I saw ‘Softly,’ I was at a Christmas party sponsored by a faith based non-profit. There were lights, children, traditional music, goodies, Holiday cheer, etc. It was a great mood to get me into the spirit of the season… which was washed away thanks to a movie like “Killing Them Softly” the following night. (However, I knew what I was getting myself into!)

“Killing Them Softly” should have been a limited release movie meant for art house audiences who would have been more prepared for the style and tone. Putting Brad Pitt front and center to sell a hard sell was a very risky move that backfired.  Add to it the positive critical reception from the reviews which drew some people thinking they too would respond positively! Unfortunately, mainstream audiences aren’t always as accessible as we’d like to think. Though a ‘F’ grade is harsh, this shouldn’t be as shocking as reported once anyone starts asking questions.