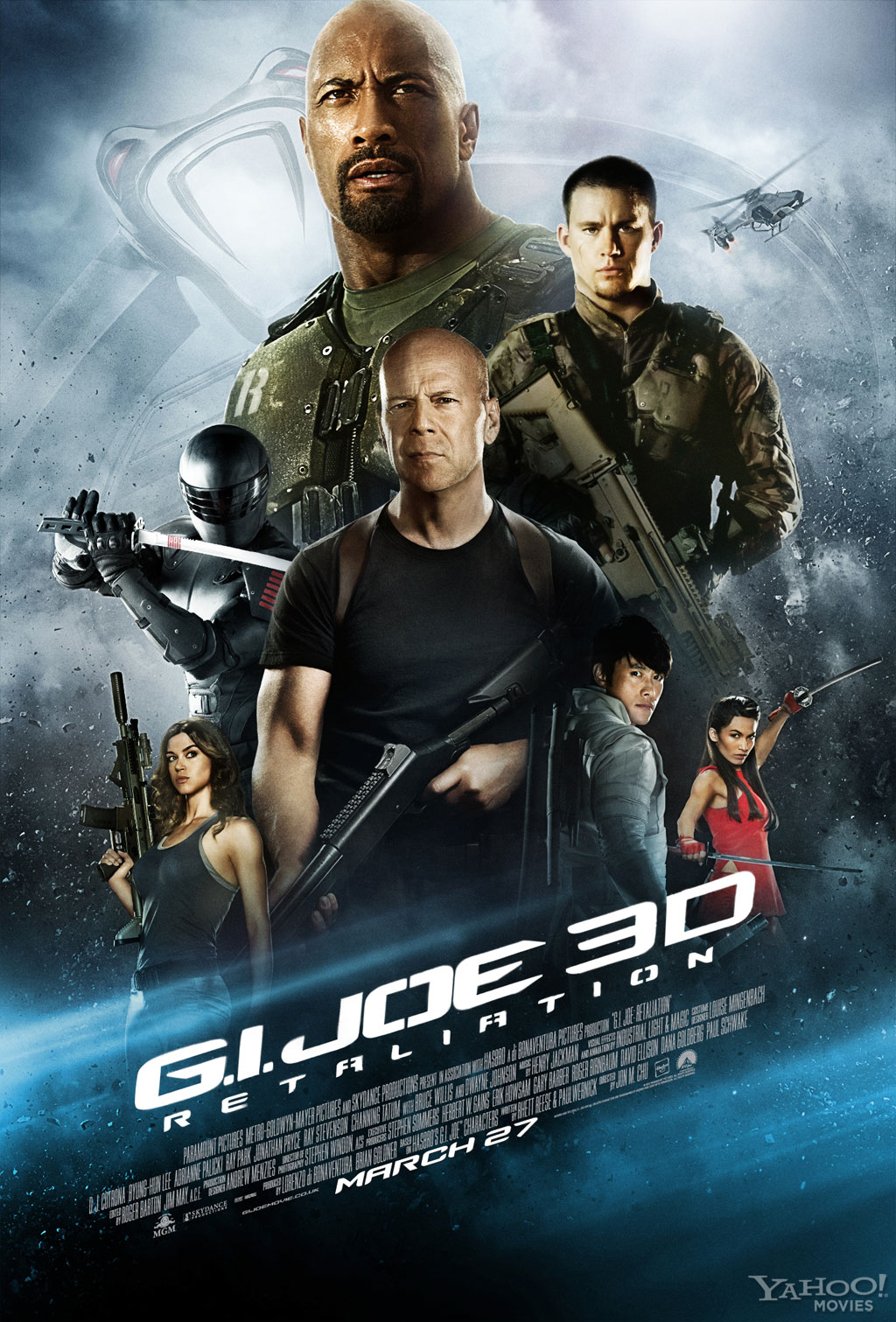 A new poster and title has been released for the heavily delayed but new G.I. Joe movie to remind us that:

Check out this new re-worked poster with additional Tatum: Notice that awkward inclusion of Tatum? It’s definitely giving the film a different tone and implies that Dwayne “The Rock” Johnson isn’t the only attraction for this film. Definitely an injection of C-Tates in there. It’s a fine poster, and kept with the art tone and style established prior to the release date change, but it’s hard to forgive the fact that I could have been considering a BluRay purchase of this thing by now. It’s also odd that I’m so torn about the inclusion and promotion of…Duke. It’s easy to forget that Tatum’s character is the LEADER of the damn crew and yet his inclusion and promotion has been under so much debate and scrutiny.