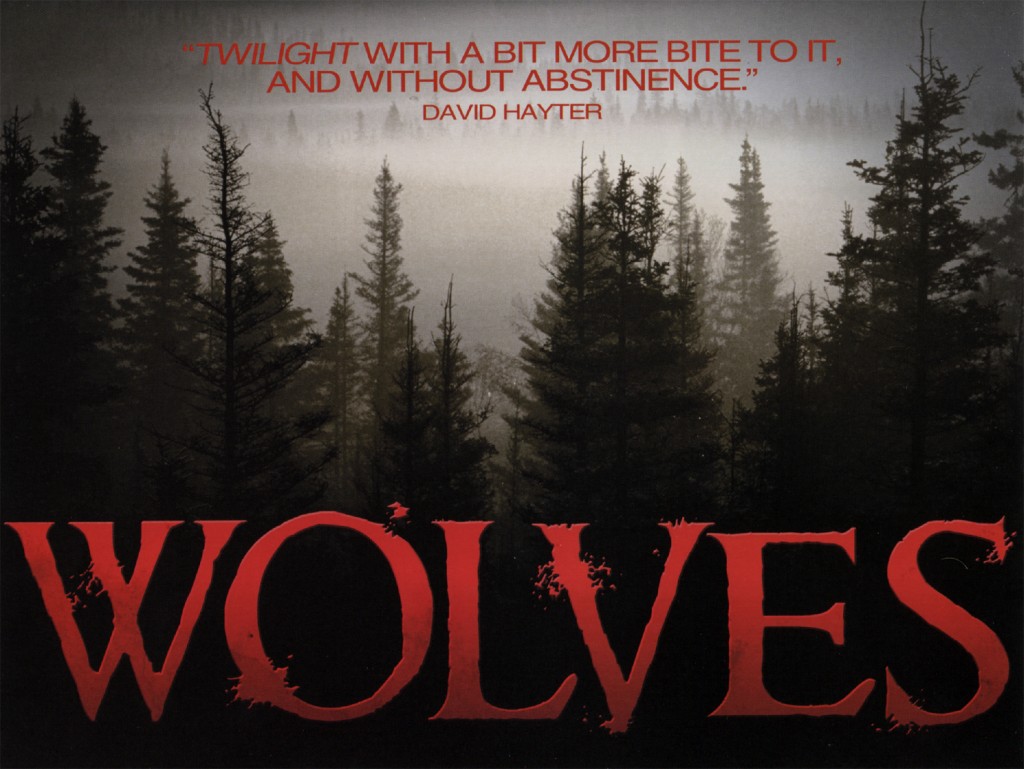 I am biased to anything David Hayter works on. Not only has the guy cemented his raspy smoke fueled voice in my brain by portraying Metal Gear Solid’s protagonist Solid Snake but he also wrote X-men and X2. His writing made comic films cool again. He may not have gotten the job to work on a Metal Gear Solid film despite his intimicy with the chracter but he is finally working on his directorial debut entitled “Wolves” that sports the tagline “Twilight with more Bite” or something. Whatever, I’m sold. Check out the poster and images of cast and crew:

Cayden Richards, 18, has it all: Captain of the high school football team; straight-A student; gorgeous girlfriend. But when he wakes one dark night to find his parents brutally murdered, he is horrified to realize that he is turning into an animal: a wild, savage wolf. Panicked, Cayden runs, determined to find out what is happening to him. His quest leads him to the strange, isolated town of Lupine Ridge, where two clans of wolves are on the brink of war. The opposing clans are lead by Connor, the powerful, pure-blood alpha of a savage pack and John Tollerman, an old farmer, committed to protecting the human citizens of Lupine Ridge. But when Cayden falls for Angelina, the beautiful, young mate promised to Connor, a battle to the death is inevitable. And as the past begins to reveal itself, Cayden’s place in the world becomes clearer – as does his power to put an end to the savage violence building up around and within him…

Teen Wolf meets Twighlight. If it wasn’t for Hayter I wouldn’t have even bothered with this but it is and he deserves the benefit of a second look. I’ll keep you guys posted as I’m sure there will plenty of easily accessible promotion for this film and will pass along accordingly.