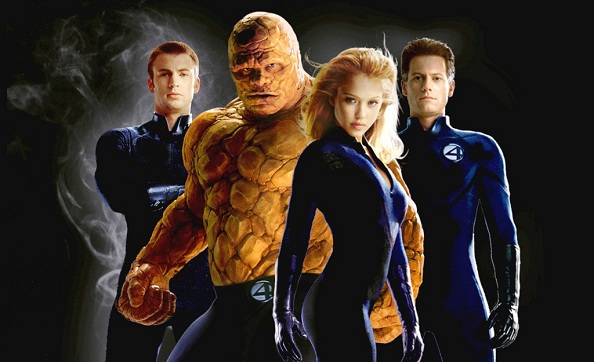 Fantastic Four is still a pretty recent film but if they can reboot Spider-man then why not Fantastic Four? Both Fantastic Four films needed more grit. Even with the first having a PG-13 rating, it still felt like it was PG and the second one had an even lighter tone and actually received a PG rating. I know that the Fantastic Four characters are not like some other dark comic characters but they are people and most people don’t have a PG lifestyle. The characters in Fantastic Four developed just like every other character in the comic universe and the stories became more risque with the times. There’s no reason for a rated R film, but the elements are there for some actual dynamic characters and some interesting stories. The ongoing guilt of Reed Richards for what happened to Ben (The Thing) is an element that could be further explored which would provide a dark enough element so that the audience could relate. Tie that in with the sibling relationship between Sue Storm and Johnny Storm and Sue’s relationship with Reed and there’s a recipe for great character development. In addition to proper character development, I would say that the cosmic element of the plot would need to be done well as most of the great Fantastic Four stories are cosmic based. If they are going to do an Earth based villain I would suggest introducing Namor or The Puppet Master. We’ve seen a similar and effective Puppet Master type villain work in the show “Heroes” and the inclusion of Namor could produce some cool ocean based special effects. Besides my opinion, there is a ton of Fantastic Four material that can be used to make a more adult based film. Daredevil is essentially Marvel’s Batman. He protects the one of the most crime concentrated areas in the city known as Hell’s Kitchen and takes advantage of the dark and shadows to utilize his extra sensory abilities. He’s also driven by the loss of his father, similar to Batman’s motives. This should be the focus of a reboot, along with steering clear of any involvement from Ben Affleck and keeping Evanescence off the soundtrack. This film could and should work on the big screen with the right cast and director. There are a variety of stories to pull from in the Daredevil universe…hell even Frank Miller did a few issues. This character has so many adaptable elements that could work in film, even his powers are believable to a certain degree. I know there is a reboot that is currently being discussed, I just hope they use the resources they have at their disposal.

The Rocketeer was a fun family film with a different type of hero with nothing more than a jet pack and an identifiable helmet to protect himself while in the sky. Although it was intended as a PG family film, it captured the attention of many with its pre World War II setting and likable hero. Although it may not have necessarily been in need of a reboot to redeem itself, there seems to be an outcry for more of “The Rocketeer.” There is currently a comic book out that is getting outstanding reviews and on top of that there is a viral fan made animated short that the fans are loving right now. With the relatable aspects of the main character, the time period of the story, and the current cult following, I could see a reboot done very well with the advancements in film technology and the ongoing comic book story. The name itself sounds ridiculous for those that don’t know the character and if you saw Wes Craven’s 1982 adapatation you may think a reboot would be absurd. For this reboot to work, it would have to take a note from other well made reboots…USE THE DAMN SOURCE MATERIAL!! Swamp Thing is a DC comic book story and the material from volume 2 and the current series is absolutely phenomenal. Alan Moore set the ground work for Scott Snyder’s current take on the series but both wrote an intriguing, in depth story that was unique and its own. The character is similar in a sense to Dr. Manhattan from “Watchmen” being that he’s consistently moving away from humanity as he becomes more in touch with his powers that are connected to the Earth as a whole. The film could operate on many levels by following the internal and external struggles of a unique character along with the development of his powers from an environmental aspect. There is also a plethora of material for many sequels to follow. Swamp Thing isn’t the most well known character in comic books, but he is definitely one of the most well written. Come on Hollywood, give him another shot. How is it so difficult to get this film right? A cop violently loses his family, he’s scorned and seeks revenge, then he becomes this anti-hero type vigilante with no regard for the law. This is a typical story that could easily work, just focus on the character. Don’t cut right to the action, demonstrate what a horrible loss Frank Castle experienced that pushed him to his breaking point. The focus needs to be on Castle to the point where the audience experiences the anger and sadness that he feels. His reasoning needs to be fully understood before any of the action takes place, so that the gruesome violence has justification. The movie will continue to be just another action flick until they switch the focus entirely to the main character. Ray Stevenson and Thomas Jane are both great actors that could have been apart of a great Punisher film if the script was just focused on who Frank Castle really was while also eliminating any cheesy action flick moments and unbelievable villains. Make the villain a generic if the known villains don’t translate to film that well. The elements are there Hollywood, just get a good screenwriter and a good director…this could still be a good film.

2 thoughts on “Don’t give up yet!! 5 comic book films that deserve a reboot…”