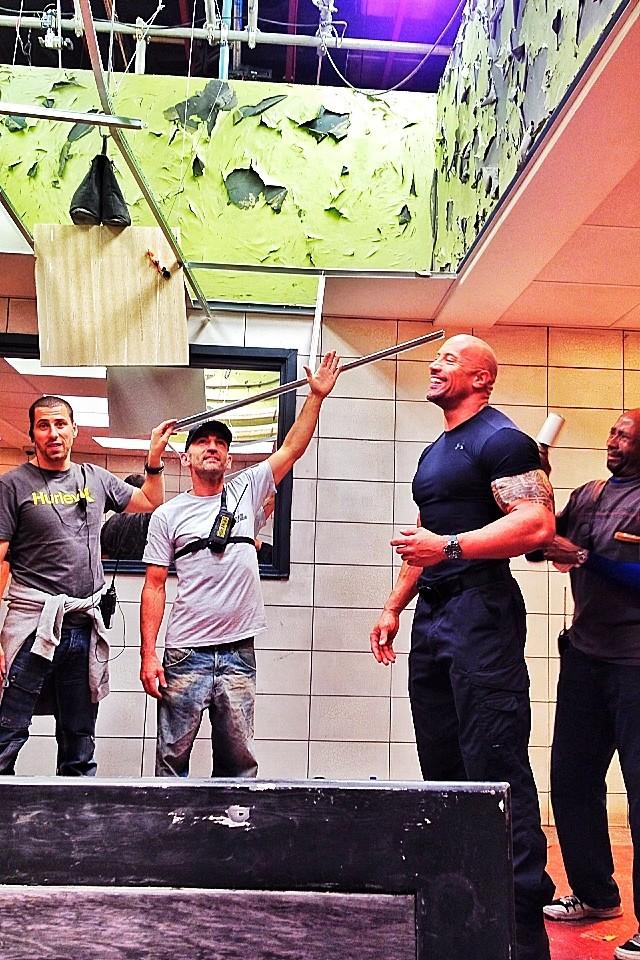 I like the Rock. People’s Elbow’s, Rock Bottoms, Laying the Smacketh Downeth and all that Jazz. Sure, I haven’t watched wrestling since it all went downhill after Wrestlemania XX but I still have fond memories of the ‘Attitude Era’ and Dwayne Johnson’s transition into a Hollywood actor. He’s reprising his role as Luke Hobbs and intended to be just as physical in this outing as he was in his last but seems to have crossed the rubicon and exceeded all expectations while collapsing a ceiling while filming a scene. Yeah, he brought the house down. He tweeted the following photo as proof: Fast 6 or Fast Six or The Fast and the Furious 6 or Fast and Furious 6 or 6ast and 6urious or whatever the hell they end up calling it is currently in production. Justin Lin is back in the director’s chair for the fourth time in the series, and Chris Morgan is back with the pen. Vin Diesel and Paul Waker will return as Dominic and Brian, and they are joined by Johnson, Michelle Rodriguez, Gina Carano, Jordana Brewster, Luke Evans and Joe Taslim. Universal Pictures has slated the film to be released on May 24, 2013.

This shouldn’t excite me as much as it does but I just can’t help but get enthused by these rare looks at what goes on behind the scenes during production. Now, who the hell got tossed through a wall? Tyrese Gibson? Vin Diesal? Somebody got the SMACKETH DOWN!