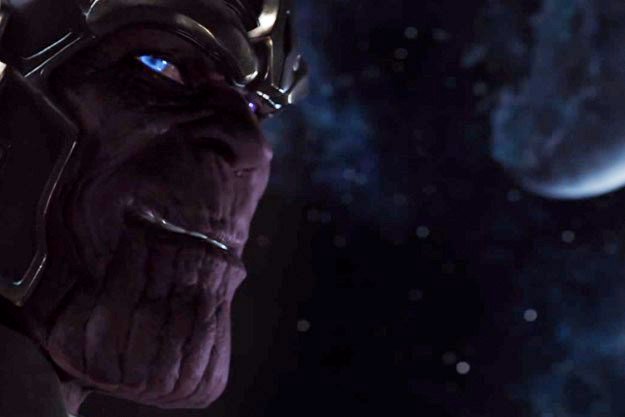 Thanos was a welcome surprise to many when he made a cameo in the Avengers’ end credits scene leading many to wonder who the hell the big purple guy was. Seriously, if you havent been indulging in nerd-sweat and comic books in your life then you’re likely to not even know who the hell the guy is and why people should care but thanks to that cameo and a theater full of people versed in useless information the word has spread and many more people are now aware about the mad eternal. Kevin Feige likes this and says that Marvel has plans for Thanos. Long term plans.

Clearly, there’s a purpose to us putting him in the end of that movie. We do have plans for him. I wouldn’t say we ever feel the need to rush anything one way or the other. We succeeded in Phase One because we stuck to our guns and stuck to the plan. That plan took place over many, many years and it ultimately paid off. I see Phase Two unfolding in the same way of us taking our time, us doing what’s right for each individual movie, while folding in elements that will not only build up to the culmination of Phase Two, but even Phase Three.

…Suddenly, you have a million people who had never heard of an Infinity Gauntlet or a Mad Titan learning those terms. I love that. I love when the experience goes beyond the movie theater and encourages people to look deeper into our universe.

I know Marvel movies aren’t going anywhere for a while I kow this. They make money and that doesn’t seem to be slowing down anytime soon. So why am I finding myself lifting my jaw off the floor and having trouble beingthinking about anything because of those 2 words… PHASE THREE?!

At least we saved it for a Friday…