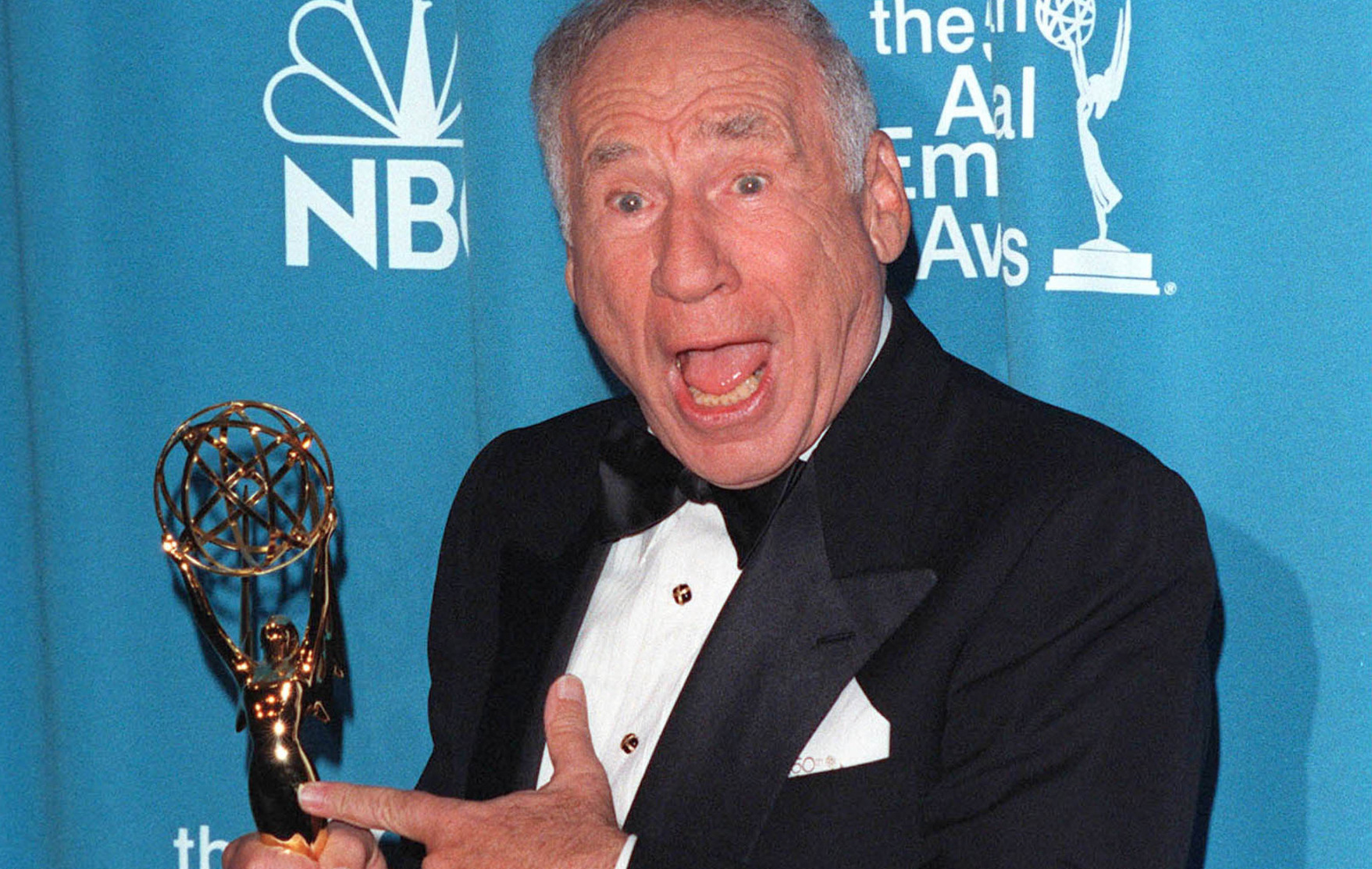 From his humbling beginnings in Brooklyn, Melvin Kaminsky certainly made a name for himself. The name he made? Mel Brooks. A name synonymous with hilarious gags, one-liners, and slap-stick comedy. A career spanning from the early 50s, as a writer for Caesar’s Hour, all the way up to a series arc on Larry David’s Curb Your Enthusiasm. If you’re a fan of Airplane!, Scary Movie, or any of the countless parodies that have made their way to the screen, you owe it all to Mr. Brooks. Hell, they even teach classes of him in film school. To put it simply, Brooks is a pioneer of the parody genre. A king of comedy, and as we know, “It’s good to be the king.”
Here’s an attempt to put on paper (or cyber paper) a ranking of his top five films. Please do not crucify me, as these are mostly interchangeable and nothing is set in stone. Why just think back to History of the World Part 1. Wasn’t Moses holding 15 Commandments before he dropped that third stone tablet?

5. Silent Movie – Yes, the whole movie is silent. Mel Brooks may be getting up there, turning 86 today, but he’s not that old. Perhaps the film was homage to Chaplin and the days of the silent era, or maybe just a personal challenge from the master of comedy. While not his best film, it certainly brings that special brand of humor that could only be a Mel Brooks film. In a time when Brooks didn’t necessarily need to take a risk, Silent Movie is definitely Brooks’ riskiest film. Marty Feldman brings a certain Harpo Marx charm to the screen at a time when the Marx Bros were all but forgotten. If you’re waiting for a parody of The Artist then look no further – look to the past for this sometimes forgotten gem from the 70s. 4. History of the World Part 1 – What other genre was popular in the 70s? The epic Biblical stories. Did Mel take care of that? You bet. History of the World Part 1, yes Part 1 of only 1, breaks down human history into separate segments from the dawn of man to the French Revolution. And what do we learn from the French Revolution? “It’s good to be the king.” From a writer who typically fast forwards through musicals, Brooks gets a full watch for his musical rendition of the Spanish Inquisition. He makes the torturous religious conversions seem so pleasant. Not to mention the scene at the last supper where Mel pushes the malt liquor to Jesus and his disciples, before being painted on the spot by Leonardo da Vinci. If only religious history was truly this fun. “Jesus Christ.” “Yes?” 3. Young Frankenstein – “Excuse me darling, what is it exactly that you do do?” Growing up in the 30s, Mel was probably accustomed to Universal’s large slate of horror films, and how couldn’t he spoof the genre? It was his destiny. And so became, Young Frankenstein. Just make sure to pronounce it, “Fronkensteen.” A movie that shows Mel’s real grasp as a director. Brooks take another risk shooting the comedy in black and white. There is a certain underlying confidence that even he doesn’t have to go too far for the jokes. Having a genius like Gene Wilder on set probably didn’t hurt. A must see for any Brooks fan. This is the original parody of scary movies and still holds as the best. You know, that Monster isn’t a bad guy after all.

2. Blazing Saddles – Mel teams up with the legendary comic Richard Pryor to create the edgiest work of his career. A spoof on the popular Western genre of the 70s, Blazing Saddles is vulgar and unforgiving. From cowboys sitting around the fireplace breaking wind, to redneck men watching as their black Sheriff drowns in a pool of quicksand. The MPAA would have a field day with this ground breaking comedy, cutting out more than half the film. Too bad our generation can’t have the same fun as the 70s once did. Come to think of it, how did he get away with this? A must see for any fan of comedy. Now, “Where the white women at?” 1. Spaceballs – “May the Schwartz be with you!” History of the World Part 1 promised “Jews in Space” and we sort of got that in Brooks’ hilarious Star Wars parody, Spaceballs. A movie quoted so often among true fans of comedy, it might as well be a handbook on how to write funny dialogue. Rick Moranis plays the feeble nerd under the intimidating Dark Helmet costume with a small tie and heavy breathing mask. A man who likes to play with his dolls, and drink his Mr. Coffee through the helmet. Just don’t call him out for any of it, or you might lose a pair. There are endless gags including, black guys literally combing the desert with a hair pick, Lonestar literally jamming Lord Helmet’s radar with raspberry jam, and John Candy playing a “Mog.” Half man, half dog. He was his own best friend. If you sit through this movie and don’t laugh you need to check your pulse, because you’re either dead or you’ll never understand comedy. In which case, you may be better off dead.
Comment with Facebook

4 thoughts on “Mel Brooks: “The Pioneer of the Parody””