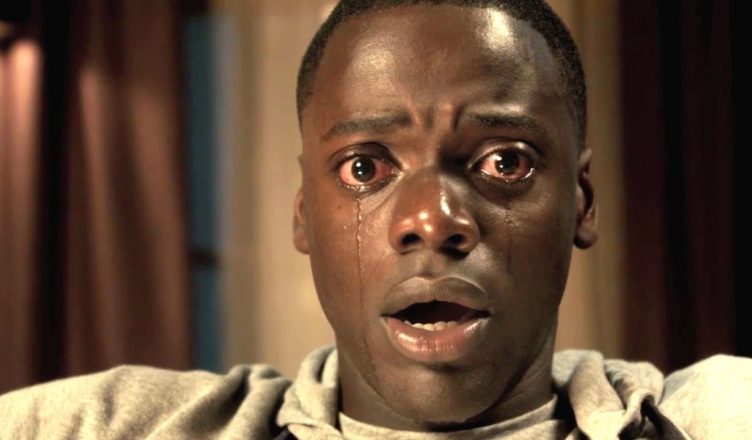 The first month of 2017 is almost over, and we have already gotten a glimpse of this years best cinematic projects.

With February steadily approaching, it is now time to get a further glimpse at this years best movies, as there is a well documented list of February movie releases that may or may not end up being some of the best movies of 2017.

Scroll down below, so you can see a list of the best movies coming out in February: Starting strong with what is probably going to be one of the best blockbuster releases of the new year, John Wick: Chapter 2 is expected to follow in the successful footsteps of the first John Wick installment that surprisingly did exceedingly well amongst critics for the “shoot-em up” type of action flick it really was.

John Wick: Chapter 2  is not only expected to continue with the bad-assery of action and violence that fans and critics enjoyed so much in the first movie, but it is going to feature an even more upgraded cast that was already pretty cool in the first movie.

John Wick: Chapter 2 is set to newly feature, Ruby Rose, Lawrence Fishburne, and Common, as it brings back the stellar stardom of Keanu Reeves, John Leguizamo, and Ian McShane, from the original movie.

If you enjoyed that, make sure to check out the new John Wick 2 featurette and clip here.

John Wick: Chapter 2 is set to debut on February 10th, so read the official synopsis below:

Legendary hit man John Wick comes out of retirement when a former associate plots to seize control of an international assassins’ guild. Bound by a blood oath to help him, Wick travels to Rome to square off against the world’s deadliest killers.

Coming in fast at number two is something that is fairly facing it’s share of white-washing controversy. The Great Wall looks to infuriate, as it is yet another Hollywood movie in which the white-American actor goes to Asia and is better than all the Asians at what they have been doing for ever.

While this may be the case, this doesn’t stop The Great Wall from being one of the most anticipated and perhaps best movies of February. The Great Wall stars Matt Damon, alongside Pedro Pascal as they venture into China and fight some type of highly CGI’d monsters that look like something out of dragon land.

While the plot, casting and premise do seem a bit off, the movie and action appear worth watching as it seems like a pretty entertaining idea for movie goers to indulge in.

Since the movie has it’s white-washing casting issues, make sure to also go see the movie for Tian Jing, Andy Lau, and Eddie Peng.

European mercenaries searching for black powder become embroiled in the defense of the Great Wall of China against a horde of monstrous creatures. In what may be the best movie on the list, Get Out is definitely the most intriguing as it is directed and created by comedic genius Jordan Peele. While this movie looks like it is far from anything funny, the Get Out trailer is probably the closest thing to the horror/thriller greatness, that was M. Night Shyamalan’s SPLIT.

The movie appears to be light-hearted, but looks to get more and more scary as I am not even sure what to be scared of yet. Is it the mysterious racism shown in the trailers? Or is it the real life circumstances that a lot of black males could actually relate to?

I don’t know yet, but what I do know is that this movie looks like a damn good thrilling horror, as it stars the stellar cast of Daniel Kaluuya (pictured above),  Allison Williams and rising super-star, Keith Stanfield.

This movie looks like one of the most interesting horrifying thrillers since the trailers of SPLIT, so let’s all hope it is just as amazing.

Watch The Get Out Trailer Below:

Now if that is not something that looks like a horror worth watching, I don’t know what is. Get Out comes out in theaters on February 24th, and I cannot wait to see if the early positive reviews, and good looking previews are what they seem. Following up with something a little more light-hearted on the list, Ice Cube and Charlie Day star in what looks like a pretty decent comedy flick titled Fist Fight. While the premise seems quite basic and almost PG, the movies actual rating is R which is more than surprising, after watching the trailer that is more than child-like.

This movie doesn’t look like your typical R-rated comedy, but it may be worth seeing for Ice Cube and Charlie Day alone.

Fist Fight also stars Tracy Morgan who is expected to have a smaller role in the movie alongside, Dean Norris and Jillian Bell.

See Fist Fight in theaters February 17th, as it looks like a somewhat enjoyable comedy routine.

On the last day of the year, mild-mannered high school English teacher Andy Campbell (Charlie Day) is trying his best to keep it together amidst senior pranks, a dysfunctional administration, and budget cuts that put jobs on the line. But things go from bad to worse when he accidentally crosses his much tougher and deeply feared colleague, Ron Strickland (Ice Cube), who challenges Campbell to an old-fashioned throwdown after school.

5. A Cure For Wellness Okay, back to the dark stuff on the list. A Cure For Wellness looks like a psychological horror, that may have deeper messages than the disturbing looking previews we have seen for this movie so far.

A Cure For Wellness seems like a movie about corruption in the medical industry and/or psych wards, as it stars Dane DeHaan and a couple of other decently known faces.

This movie looks high-key disturbing as the gloomy shots are clearly meant to gross you out. Regardless of the gross factor, I will stick to my gut and see this movie that looks like much more than what it seems like in the movies trailers.

While this movie is listed as a horror/thriller, I really do think this movie is going to be about people being made even crazier by going to the “hospitals” and places that are supposed to heal them.

Watch the creepy A Cure For Wellness Trailer Below:

The A Cure For Wellness Premise:

An ambitious young executive is sent to retrieve his company’s CEO from an idyllic but mysterious “wellness center” at a remote location in the Swiss Alps but soon suspects that the spa’s miraculous treatments are not what they seem. Now a movie for all of the ages. Surprisingly The Lego Batman Movie is something for everyone, as it is expected to be filled with action, comedy and fun that any and everyone of all ages can enjoy.

Will Arnett is back voicing Batman, as The Lego Batman Movie is set to star Elizabeth Banks, Charlie Day, Morgan Freeman, and a whole bunch of other well known actors.

See The Lego Batman Movie February 10th, as the Lego Movies look to dive into another success.

There are big changes brewing in Gotham, but if Batman (Will Arnett) wants to save the city from the Joker’s hostile takeover, he may have to drop the lone vigilante thing, try to work with others and maybe, just maybe, learn to lighten up.

Which one of these February movies are you looking forward to seeing the most?

Also, see The Best Movies Coming Out In March, for what looks like one of the best movie release months of the entire year!