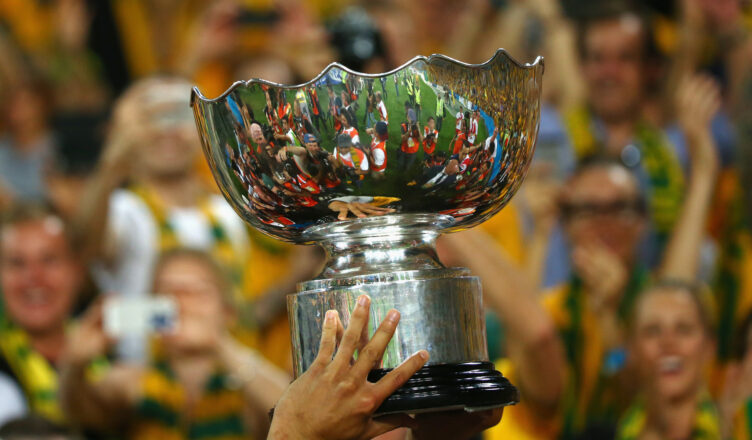 Since the Asian cup began, it has been contested eight times. In this article, we will look at how each tournament panned out.

1984: In Sharjah, India, Pakistan, and Sri Lanka contested the first-ever Asia Cup. India won both their league games. The Lankans were the weak link in the game, but they defeated the collective might of Pakistan; The format was a round-robin, and there was no final. That is why India was declared winners with two wins in two matches, giving Sunil Gavaskar his first major ODI triumph as India’s captain.

1986: Sri Lanka is the one that hosted the tournament. India opted to pull out of it after their cricketing relations with Sri Lanka soured. In a Test match in Colombo the previous year, several controversial umpiring decisions cost India the game. Bangladesh was the newest team in ODIs, and they made a forgettable debut, scoring 94 against Pakistan and 131 against Lanka. Pakistan was the favorite, having walloped Sri Lanka in the group stage. But in the end, Sri Lanka demonstrated why they would later come to be known as the best chasers in the business. Chasing Pakistans 192 in 45 overs, they were in early trouble.

1998: The action moved to Bangladesh, hosting its first big cricket tournament. They proved that no match is for the stronger teams hence losing all three contests. Sri Lanka leads the group with three wins. Pakistan found itself in a do-or-die game against the Indian team, but Arshad Ayub set the best record (5-21) by an Indian bowler as India reached the final. Sri Lanka was impressive batting first, and four run-outs marred their innings.

1990-91: This was the first and only time India hosted an Asia Cup. When Pakistan opted out, the hosts were firm favorites to win the coveted title for the third time. Sri Lanka defeated India in the league stage, while Bangladesh was still eight years away from their first ODI win. During the finals, Kapil Dev took a hat trick, the second of India’s two feats in ODIs, and India could hold Lanka down to just 204 runs. India won by seven wickets in the fifties from Tendulkar, Azharuddin, and Sanjay Manjrekar.

1995: The action was back in Sharjah after 11 years. The power equations in Asia were now changing. Sri Lanka had started their ascent to world supremacy, Pakistan was explosive as ever, and India had hit a purple patch. Bangladesh was still no-hopers. In the last round, their batting was insipid except for Asanka Gurusinha 83, and they made 230. India, thanks to an extensive 175-run partnership between Sidhu and Azharuddin, India raced in the sports by eight wickets. Having never lost an Asia Cup they played, India has not won it since.

1997: Things were not the same when Sri Lanka hosted the tournament for the second time. The hosts were world champions, India struggled under Tendulkar, and Pakistan was unpredictable. The Lankans, who were then playing at home, won all their three league tournaments. Now the real competition was between Pakistan and India. It left India trying to win big against minnows Bangladesh and edge Pakistan out on run rate. This was the first time India lost an Asia Cup final.

2000: The tournament moved to Bangladesh. Sri Lanka was not part of the world champions. The world was slowly recovering from the horrors of match-fixing. Pakistan, under Moin Khan, was emerging as a tough nut, while India had a new captain in Sourav Ganguly. Mohammad Yousuf, then Yousuf Yohanna, was making their name by becoming one of the top batsmen in the world, scoring a century that assisted in beating India in a league match. India’s bowling was rugged. . During that time, Pakistan went into the finals with Sri Lanka. The slog cost Sri Lanka, and they lost by 39 runs despite an Atapattu century in the end. It took Pakistan about 16 years to win their first-ever Asia Cup.

2004: Sri Lanka hosted this tournament. Asia Cup’s newest entrants were the United Arab Emirates, Hong Kong, and Bangladesh, which sawdust from the stronger teams. Pakistan’s batsmen, Shoaib Malik, especially with his twin hundreds, were a force. After a dry ODI match, India was weak-willed, while Sri Lanka looked formidable. That point and a marginally better run rate than Paks helped India enter the final with Sri Lanka. Being limited, the hosts to just 228, India choked with the bat. The runs dried up in the middle of the tournament. Tendulkar played with a slow lone hand with his 74. India completed 25 runs short, losing yet another final.

Asia cup cricket games are definitely quite thrilling and worth watching even if you are not from Asia. As a spectator it is just not watching, you can wager on some cash and win. Parimatch is a great place to start as they have some of the best spreads for upcoming games like the  Asia Cup Twenty20. Join Parimatch and enjoy amazing cash prices today.