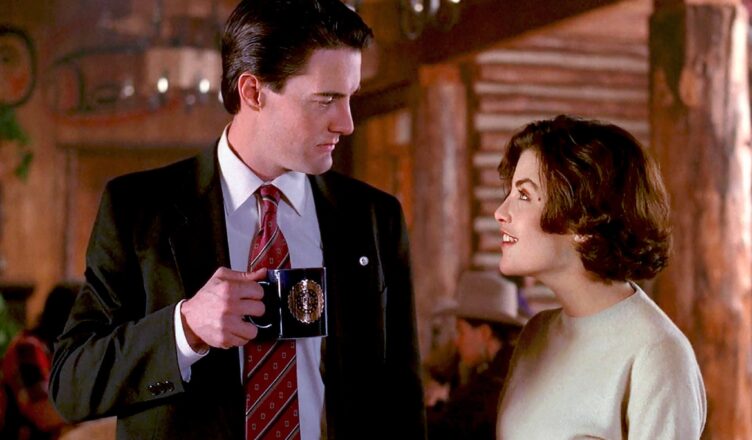 The Best TV series in the mystery genre

Just recently, the fourth season of “Very Strange Things” ended. For those who have already gotten bored with mysticism, we have collected a list of excellent TV series about paranormal phenomena, time travel, and fantastic creatures.

Here are classics like “Twin Peaks” and “The X-Files” and modern shows that audiences have already grown to love. On the theme of the TV series, Twin Peaks is even a game in a casino online. Here you will see such iconic series as:

The TV series format on American television in the 1980s was divided into several formulaic genres: soap operas like “Santa Barbara,” comedies like “Alpha,” and similar procedural dramas. But that all changed in 1990 when ABC released the pilot episode of “Twin Peaks,” which drew 34 million viewers to their screens – and for months, audiences have been concerned with only one question: “Who killed Laura Palmer?”

David Lynch and Mark Frost’s truly legendary, deeply philosophical series about the dark mysteries of a small American town revolutionized: the first time a multi-hour feature film with complex music, multi-layered subtext, and deeply developed characters was shown on television. Unfortunately, due to a disagreement with the network’s management, after the killer’s identity was revealed in episode 7 of season 2, David Lynch left the project. The writers didn’t know what to fill screen time with, so most of season 2 consisted of blatantly absurd and confusing storylines. Except, of course, for the final episodes, for which the maestro returned, leaving audiences thrilled and with many questions, some of which they didn’t get answers to until 25 years later!

In 2017, Showtime (also not without controversy and disagreement) gave David Lynch complete freedom, and a brand new show, Twin Peaks: The Return, saw the light of day: without cherry pies and love triangles. Instead of giving the viewer a repeat of everything they loved about the old show, the director turned almost everything the viewer knew about Twin Peaks upside down, filling eighteen episodes with complex and abstract ideas through a complex synthesis of drama and imagery. As a result, the third season is the quintessence of David Lynch’s work and a postmodern statement with even more mysticism, fewer unnecessary storylines, and plenty of real auteur cinema. 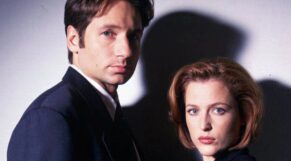 One of the significant series hits of the ’90s, which returned to the airwaves for a few years in the second half of the 2010s, is the legendary kaleidoscope of mystical plots, with as many as 218 episodes. Again, showrunner Chris Carter hit the mark, crafting a piece as appropriate as possible for an era of mistrust of government, conspiracy theories, and a resurgent belief in the paranormal. Some episodes were ridiculous and funny, and some were true masterpieces in the horror and thriller genres, whose impact on pop culture is hard to overestimate. But X-Files owes its success to its central characters: special agents Mulder and Scully, who work in a particular department of unsolved cases involving the paranormal. In addition, the show’s stars, David Duchovny and Gillian Anderson, are a spectacular duo of enthusiasts and skeptics, between whom a close bond, painstakingly crafted by the writers, is established throughout the action. 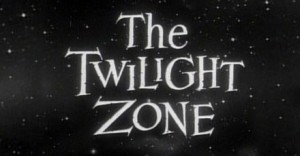 Created in the 1950s, this is a veritable guide to the horror genre, a set of unrelated stories about ordinary people caught up in mystical situations, often leading to an unexpected ending. The show has 156 episodes, some of which are cinematic masterpieces. The series has even tried to be restarted (the last attempt was in 2019), but without success. But the creators of “Black Mirror” were inspired by the cult work, adapting its format to the phobias of 21st-century society. 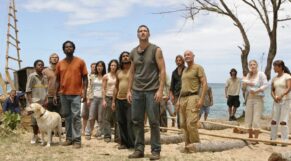 A group of survivors of a plane crash finds themselves on a mysterious tropical island in the South Pacific. J.J. Abrams and Damon Lindeloff’s unpredictable and gripping show is a veritable puzzle full of dark and mystical mysteries. And the most shocking of these are not the monsters the characters will encounter on the island but the demons that break through the flashbacks. Unfortunately, not all of the mysteries were successfully answered by the authors, but the characters’ personal stories ended in a very touching and unusual way. 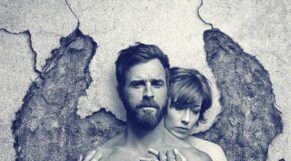 Three years after the inexplicable disappearance of 140 million people, the residents of Mapleton are trying to keep something human in their lives. The catastrophe has divided families and changed perceptions of the world — and literally, too: some survivors have joined sects, the most popular of which are groups called “The Guilty” and “Holy Wayne.” The events of the first season revolve around the family of Kevin Garvey, a police chief who has to maintain peace within the city and his own family.

Many of us remember the show’s first season about a mystical house full of ghosts, starring the gorgeous Jessica Lang and Evan Peters. Now, can you imagine that the creators have made nine more new seasons since then? Each of them is dedicated to different characters and locations with their storylines: there’s a freak circus, a coven, a mental asylum, and even the apocalypse. Unfortunately, the show’s creators are tired of the last few installments, so the stories are oddly and sometimes absurdly written.

What’s a modern mystery list without “Darkness,” Netflix’s first German-language series with a powerful finale. The story of the mysteries hidden by the members of four small-town Winden families can be described as between “Twin Peaks” and “Stranger Things.” On the one hand, there are mysterious disappearances of teenagers and time travel. But on the other hand – a complex relationship between characters, mysticism, and unexpected plot twists. Events here are as confusing as possible, and the main villain is not Demogorgon, but fate itself, so ruthlessly punishing the heroes for trying to resist her.

“Pines” is not what it seems: another mystery show inspired by “Twin Peaks” and based on the Blake Crouch novels. Secret Service agent Ethan Burke arrives in an idyllic town to find his missing colleagues. Unfortunately, two facts complicate the assignment: one of the agents is the main character’s ex-lover. Also, as it turns out, it’s impossible to get out of Wayward Pines. By the way, the executive producer and director of the pilot series are M. Night Shyamalan (“Split,” “The Sixth Sense”).

A dark yet hilarious show whose creators knew precisely how a story should line up on television (at least, judging from the first few seasons). The basic plot isn’t convoluted: the Winchester brothers travel around the states searching for paranormal phenomena and evil spirits, trying to find the monster that once killed their mother. Charming characters, clever storytelling technique, and a well-written script kept viewers’ attention for the first 3-5 seasons (five were initially intended). But in the end, they made it to 15, turning the show into a sci-fi soap opera about a showdown between angels and demons.