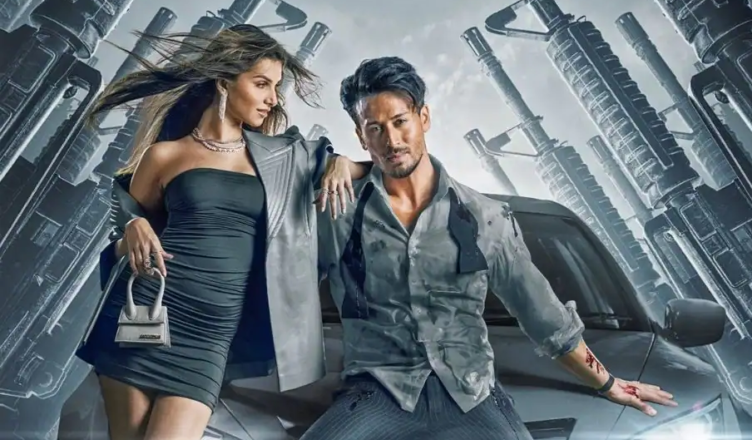 A mega-disaster by the name “Heropanti 2” is doing its rounds on the Bollywood big screens. Starring Tiger Shroff, Nawazuddin Siddiqui and Tara Sutaria, the film has been directed by Ahmed Khan and was released on April 29, 2022, in theaters all across India. “Hero-panti” means “Heroism”, and Heropanti 2 is the sequel to the 2014 romantic action-thriller “Heropanti”. However, unlike its prequel which was a super hit, this movie is a super flop! Read on to know why.

The plot of Heropanti 2 revolves around a self-proclaimed law enforcer and a genius hacker named Babloo Ranawat (Tiger Shroff) who fights crimes at night and gets appointed by the Indian government to destroy a gang of anti-social cybercriminals in Russia who are planning to hack all bank accounts and make India bankrupt. However, things take a turn for the worse when he gets mistaken as the leader of the Russian cybercrime gang. Now Babloo has to show his “heroism” and get out of the situation alongside destroying the enemy troops.

I must admit that Tiger Shroff has an envious athletic physique with great muscularity. Apart from his intensive workout routine at the gym, he is genetically gifted. He is built like the Sylvester Stallone you saw in Rambo 3, trained in martial arts, and is capable enough of performing mind-boggling action stunts and fight sequences.

This film is a complete roller coaster ride in terms of action! The entire screenplay of Heropanti 2 majorly comprises action stunts by Tiger Shroff where he rashly bashes up the villains. Watching Tiger perform the fight sequences and stunts in Heropanti 2 with ease was one of the fascinating aspects of this movie. Reports confirm that some of Hollywood’s best action choreographers, whose names have not been disclosed, were roped in for directing the action sequences for this film.

Heropanti 2 was shot in some exotic locations across India, England, Russia, Thailand, and Abu Dhabi, and involves beautiful camerawork by Kabir Lal. The background landscapes, the locations, and the sets for this film were visually appealing.

The action scenes have been captured intricately. A scene goes where Tiger was performing risky action stunts while fighting criminals on a moving train. The camera angles and the VFX for this scene were simply amazing. However, Tiger revealed that he had a tough time shooting this scene as the train was running at a fast pace and its surface was very slippery.

The Film Lacks A Storyline And Has An Unappealing Screenplay

It is true that I support action films. But I don’t prefer action-oriented films which lack proper storylines. If it is all action without a story, then it’s a big “No” for me! If you enjoy watching only action without any logic, this film is probably for you!

Tiger Shroff is good at stunts and dance but not acting. I appreciate that Tiger as Babloo went to bring down a cybercrime gang in Russia, but is that it? The entire screenplay of Heropanti 2 involves Tiger Shroff performing hand-to-hand combats, action stunts, and romancing Tara Sutaria who plays the Russian cyber mafia leader’s sister, Inaaya.

Inaaya was a victim of her brother’s as well as her boyfriend’s harassment. Here, Babloo and Inaaya fell in love and he escaped along with her while fighting several dangerous and heavily armed men all at once! The character of Babloo has been shown jumping over flying cars and trains and landing smoothly on his feet as if he possessed some superhuman abilities. Also, there were some emotional and tear-jerking scenes that Tiger as Babloo was supposed to perform. He looked direly odd and unconvincing in those scenes and seemed as if he was being forced to become emotional. 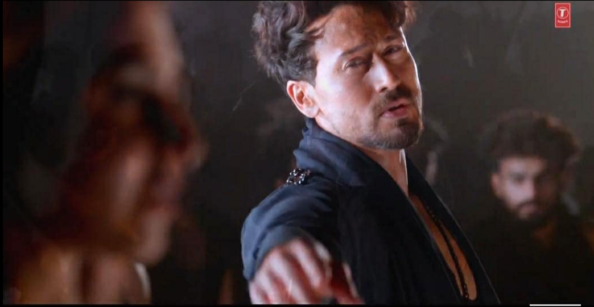 However, I must admit that this disastrous screenplay did have some awesome dialogues which were also there in the prequel; that is Heropanti (2014). Some of Babloo’s legendary dialogues go like, “Heropanti; sabko aati nahi, aur meri jaati nahi”, which means, “Heroism is not everyone’s cup of tea…but it surely is mine”; “Asli Heropanti logo se jeetne me nahi…logo ko jeetane me hain”, which means, “Real heroism doesn’t mean winning over people…it means making the people win”; and another one, “main kabhi dosto ko dhoka, aur dushmano ko mauka nahi deta”, which means, “I never give betrayal to my friends and chances to my enemies”.

Even if these dialogues are awesome, Heropanti 2 cannot be credited for them because they were already there in the first part, and are nothing new. It was solely because of such dialogues and a robust storyline that Heropanti (2014) was a hit.

Tiger Shorff with his chiseled physique and six-pack abs shines in terms of screen presence. However, in spite of the amazing action stunts he has performed in Heropanti 2, the main thing which he lacks as an actor is acting skill!

This “so-called” story of Heropanti 2 has been formulated by Sajid Nadidawala who is also the producer of this film. During the making of this film, Tiger Shroff might have been told by the filmmakers, “You were a great hit in Heropanti and people just love your looks and physique. So, we are turning on the camera and you do whatever you feel like in front of the camera. There is no script or storyline. After you are done, we will assemble all the pieces and make a movie out of it which will be named Heropanti Part 2!”

So, poor Tiger did as he was told. As there was no story in the film, no acting was required at all! He performed some stunts and dance which he is good at, did some romantic shots with the lead actress Tara Sutaria, and the shooting was wrapped up! I believe that he himself might not be having any idea what the filmmakers would make after assembling the scenes. Sorry for the joke! 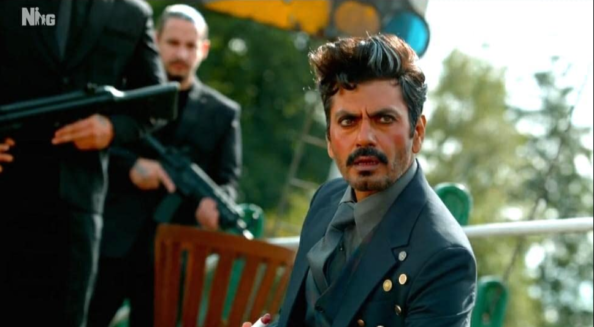 Nawazuddin Siddiqui As The Lead Villain Is Utterly Disappointing

Nawazuddin Siddiqui as the Russian cybercrime gang leader “Laila” was extremely irritating to watch. Not only did he have a feminine name in this movie, but rather than a villain he appeared more like a comedian to me.

I feel Nawazuddin has got the worst role ever in his career as Laila in Heropanti 2. Laila is an effeminate and eccentric cybercriminal who giggles and laughs quite often. Watching him will induce annoyance rather than fear.

Ahmed Khan might be a great action choreographer but definitely not a great film director. He had won several Bollywood Filmfare Awards for his action and dance choreography in the past. He has showcased his talent as an action director in Heropanti 2 as well but he simply fails when it comes to directing a script for a film. If you happen to watch Heropanti 2, you will definitely agree with what I am saying. 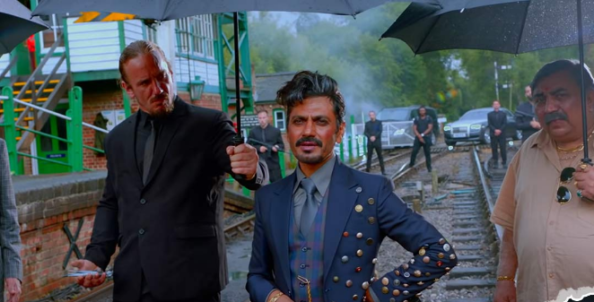 The dancing sequences in Heropanti 2 are extremely hilarious. Tiger has been shown dancing with robots in one sequence and in another sequence he dances with some zombies! Don’t look for logic here. Just enjoy these fun dance scenes because Ahmed Khan wants you to! As he is also a renowned dance choreographer of Bollywood, we can expect such funny and illogical sequences from his direction.

I am utterly disappointed by the musical tracks in Heropanti 2 which have been composed by A.R. Rehman. Rehman is an award-winning singer and music composer who is globally renowned. Such tracks are least expected from a composer of his standard. The tracks were cacophonic, and I am disappointed with their lack of melody, rhythm, and musical flow.

This is for the men reading this post. If you would like to become an actor in Bollywood, you need not possess any acting skills or pursue a course in acting. The first and foremost requirement for you is to pursue bodybuilding and athleticism and sport a toned, chiseled and muscular physique with six-pack abs! Nowadays in Bollywood, you become a bodybuilder or an MMA athlete first and then an actor. However, I must admit that Bollywood stars like Tiger Shroff and Vidyut Jammwal are ace MMA-level athletes rather than actors and possess the ability to take down even the fiercest professional MMA fighters.  So, if you are a newbie and are looking forward to making your mark in Bollywood, it’s time to hit the gym and MMA classes first! 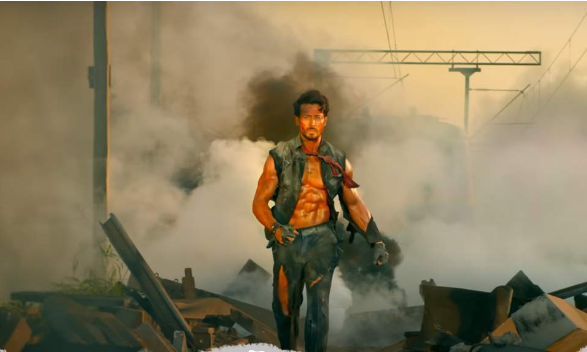 Heropanti 2 was supposed to be an action-adventure-thriller but due to the lack of script and an engaging storyline, the film has failed to entice the audience. However illogical Heropanti 2 might be, the character of Babloo is interesting. In Heropanti (2014), Babloo was a henchman but in the second part, he becomes a professional hacker as well as a nighttime savior who is ready to catch highly expertized and dangerous cybercriminals from Russia. After Heropanti (2014), Babloo might have decided to pursue a course in hacking. Now in Heropanti 2, he is an Arnold with brains!

Not just an Arnold with brains but Babloo has found his new love as well in Inaaya. I wonder what might have happened to his first love Dimpy played by Kriti Sanon in Heropanti (2014). In Heropanti 2, Kriti made a special appearance in the track “Whistle Baja 2.0” which is a remake of the original track “Whistle Baja” from Heropanti (2014). In that track, Tiger and Kriti danced the same way as they did in the original one. Kriti didn’t have any role in this movie which makes me wonder, why so?!

Tara Sutaria as Inaaya has been shown as the “Princess of Gaming” in the cybercrime world, and her performance is as irritating as her on-screen brother, Nawazuddin Siddiqui’s performance. She has been portrayed as a silly Indian woman who resides in Russia and talks in a British accent and at times transforms into her “Punjabi avatar”. She looks confused throughout the movie, and her performance is sure to get on your nerves if you happen to keep on watching this movie till its end.

Overall, I have nothing to say as I think I have joked enough about Heropanti 2! Action speaks louder than words, but not for this film. Some movies do leave a bad aftertaste in your mouth but Heropanti 2 will leave blisters and sores.

If you would like to waste your hard-earned money then you can choose to watch Heropanti 2. I must tell you that you might get nominated for the National bravery award if you have the patience and willpower to watch this movie till its end because sitting and watching the whole movie is equivalent to the torturous punishments that people were subjected to during the medieval era. 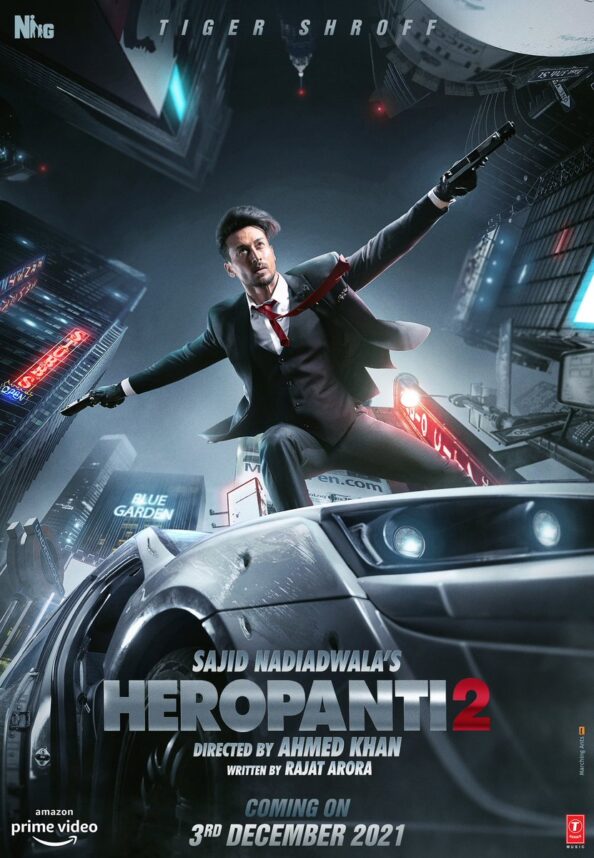