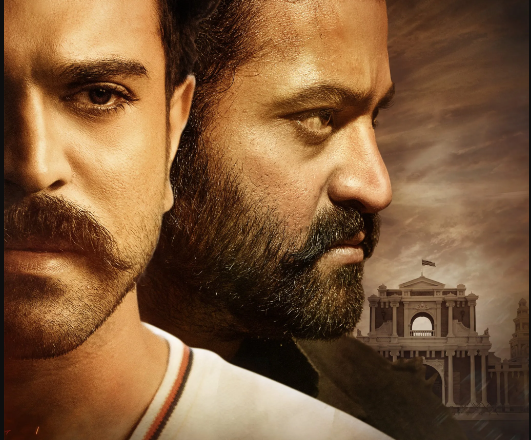 This is the first time in the history of South Indian cinema that two of the biggest action superstars came together for an epic historic action drama. N. T. Rama Rao Jr., who is the grandson of the former Chief Minister of Andhra Pradesh N. T. Rama Rao, needs no introduction! If you have watched his past films you will get to know what level of action this actor is capable of. Reports reveal that Rama Rao had to go through an 18-month rigorous training program to step into the character of Bheem, who has been portrayed as an immense physical specimen in RRR.

Ram Charan, the son of the legendary actor Chiranjeevi, is another explosive action hero in the South Indian film industry. He sports a tremendous muscular physique and his physique has amplified the character of Alluri Sitarama Raju. If you have watched his hit-action thriller “Yevadu”, you would agree that he is one of those superstars whom even the Bollywood industry would crave for!

RRR is a true magnum opus by Rajamouli. If you happen to watch this movie the first thing that will astound you is its masterpiece cinematography. RRR is not just an action film but I must say it is a cinematic work of art! The locations and the VFX-generated landscapes were a visual feast! The filming of RRR was done extensively in India with a few scenes being shot in Bulgaria and Ukraine.

A Scene From RRR: Bheem Barges Into Scott’s Palace With A Truck Loaded With Wild Animals

The 1920s era Indian village landscapes, the dense forests, the roaring bright blue seas, the British palatial buildings, and horse carriages gave an enchanting retro essence to the movie. Komaram Bheem’s tiger especially amazed me. What a remarkable CGI animal! It looked much more like the prehistoric Ngandong tiger rather than a Bengal tiger. The sad part is that in Rajamouli’s movies the cinematography comprises visual effects only. So, most of the filming takes place in green room sets and the beautiful sceneries and backgrounds you see are just CGI. They are not real! I must credit cinematographer K. K. Senthil Kumar and editor A. Sreekar Prasad for this cinematic masterpiece.

The screenplay of RRR by Rajamouli involved highly thrilling instances along with mind-boggling action stunts! You probably wouldn’t have ever come across an action screenplay like this before. High-intensity one-on-one fights, human-animal encounters, people and vehicles being thrown around like paper balls, gun action, ear-rumbling explosions, and traditional bow-arrow and spear warfare; all make RRR’s screenplay a thing to remember. In short, this is an all-in-one action screenplay!

Just watch Rama Rao’s motorcycle flip and you will get an idea of the screenplay of RRR. He flips the motorcycle with his leg and catches it by its front tire in the air. And even if you do not watch the entire movie, just don’t forget to watch the tiger scene where Bheem’s colossal tiger pounces on the British forces and goes one-on-one with Ram!

The supporting cast of RRR involved Ray Stevenson, Alia Bhatt, Alison Doody, Olivia Morris, and Ajay Devgan. Ray Stevenson with his villainous expressions in the character of Scott Buxton made the screenplay direly intriguing. He had a comical essence in his action scenes as well. In one scene he was on a chase in his open hood vintage car and a tree fell on the car’s boot. The front portion of the car jerked upwards, hurtling him and his rifle in a vertical position. At that position, he grabbed the rifle, took an aim, and shot his target. Despite the serious action, this scene looked somewhat comical to me.

Ajay Devgan had a short role in RRR as Ram’s revolutionary father. However, his short role created a big impact from the movie’s point of view. Alia Bhatt didn’t have much screen time in RRR. Her role in the film spanned less than 10 minutes. However, she carried out her character of Ram’s fiancée Sita quite diligently. Alison Doody and Oliva Morris too had very short roles in the movie which they carried out well. And not to forget, Twinkle Sharma! The child actor has gained immense popularity with her character of Malli in RRR.

Check Out This Scene: Bheem’s Tiger Vs. Ram!

If you are not familiar with Telugu language then you can opt to watch the dubbed version of RRR in Hindi. The screenplay of RRR is loaded with thrilling and powerful dialogues. Some dialogues from the movie are, “To catch a tiger (Bheem), you need a hunter (Ram)”; “The weapons will come smelling their war”; and “Whoever dares to step in our way, we will kill them”.

These lines of dialogue may not sound great when I  translate them into English. However, if you happen to listen to these dialogues in Telugu or Hindi, you are sure to feel their impact!

Rajamouli has come out with yet another masterpiece after Baahubali in the form of RRR. Rajamouli’s filmmaking method and style are simply out of this world as it is said that he gives utmost importance to even the minutest details while making any film. His films have an emotional essence in them. If you watch RRR you will feel that emotional essence in the friendship of Ram and Bheem.

Rajamouli himself explained his filmmaking philosophy during a press interview. He said, “The stronger the emotions, the more people love a movie”.

A Distortion Of Indian History

I doubt if the incidents that are shown in RRR actually happened. The Governor Scott Buxton character played by Ray Stevenson is completely fictitious. Rajamouli might have decided to make RRR into a spiced-up action drama which made him introduce a British tyrant in the form of Scott Buxton who kidnaps little girls just to invite his own death.

The Rise of “Hindutva” In Indian Movies

The essence of “Hindutva” is on the rise in present Indian superhit and blockbuster movies. The ideologies of Lord Ram have been promoted in RRR as Alluri Sitarama Raju happened to get incarnated into his “Ram” avatar at the end of the movie and destroyed the British forces using bow and arrows.

Here I am not saying that the portrayal of “Hindutva” in movies is “bad”. I myself am a Hindu. However, I feel this act of promoting Hinduism through movies can be demeaning for people from other religions.

The story of RRR by K. V. Vijayendra Prasad was interesting. I don’t know how far this story is true. I doubt if there was really such a British governor like Scott Buxton who kidnapped a Gond tribe girl leading to Komaran Bheem’s rampage in Delhi. Komaram Bheem and Alluri Sitarama Raju were two real revolutionaries who campaigned against the Nizam of Hyderabad who was an ally of the British. I feel that the story of RRR has been developed focusing on these two legendary revolutionaries just to amplify their contributions to the Indian independence movement.

RRR was formally announced in March 2018. The filming went on from November 2018 till August 2021 due to delays caused by the COVID-19 pandemic. The making of RRR involved a colossal budget of INR 550 crores as the costs involved in developing the sets for this film were immense. You will be amazed to learn that the sets in RRR involved the creation of an aluminum factory and an entire village! And not just a village but an entire city resembling the 20th century Delhi was created as part of the set. So, you can just imagine the investments made. Thankfully, the film has collected INR 980 crores in a matter of 15 days after its release.

RRR is a blockbuster because of a reason. A historic drama involving some spicy raw action has been appreciated by the Indian audience for decades. If you desire to watch some raw action that involves a thrilling adventure ride, just go for RRR! This epic period action drama is bound to keep you engrossed till the end. 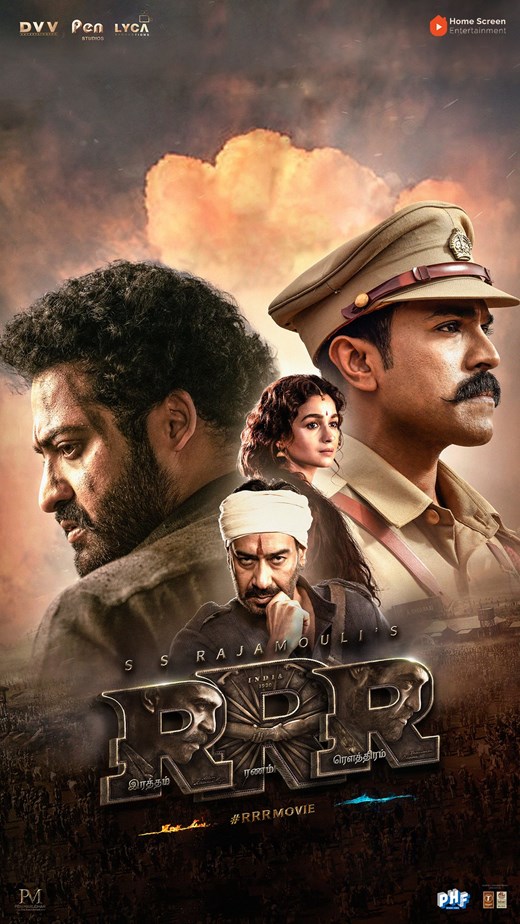