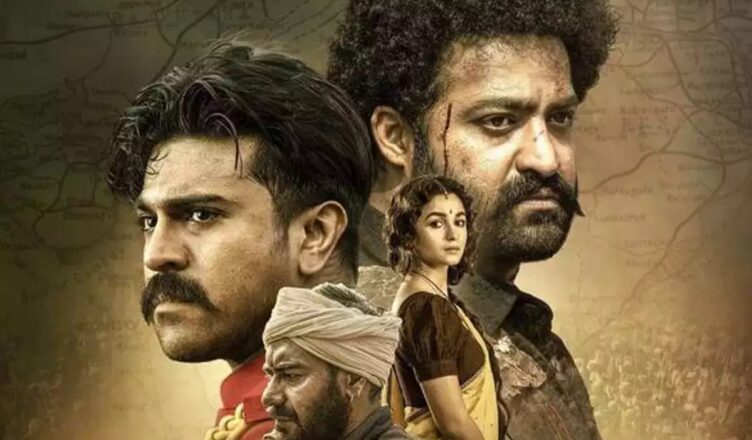 The fight for India’s independence had seen several lionhearted revolutionaries. Two such daredevil historic revolutionaries were Komaram Bheem and Alluri Sitarama Raju a.k.a. Ram, who led a high-intensity rebellion against the British colonial rule in India. Director S. S. Rajamouli brings alive the legend of these two braveheart revolutionaries in an epic period action drama titled “RRR”, which stands for “Rise; Roar; Revolt”. Featuring the South Indian film industry’s two of the biggest action heroes, N. T. Rama Rao Jr. as Komaram Bheem and Ram Charan as Alluri Sitarama Raju, RRR is probably the biggest action blockbuster in India to date. RRR was released on March 25, 2022, and is presently running across theaters all over the country. The film is originally in Telugu language but a dubbed Hindi version of it has been distributed for North Indian viewers by the production house Pen Studios.

The story opens and the governor of 1920 British India, Scott Buxton (Ray Stevenson), along with his wife Catherine Buxton (Alison Doody) are shown visiting the Adilabad forest in Telangana, India. The Adilabad forest happened to be the home of the Dravidian ethnic “Gond” tribe. Scott and Catherine came across a very talented little girl named Malli (Twinkle Sharma) there. During that time, the British had all the powers in the country and Scott took advantage of his power and forcefully took away Malli to the capital of India; Delhi.

The Gond tribe’s protector, Komaram Bheem arrived in Delhi along with his men to rescue Malli from the British. Meanwhile, Scott was informed about Bheem’s arrival in Delhi by the Nizamate of Hyderabad.

Police officer Alluri Sitarama Raju a.k.a Ram, who served the British government, took up the challenge of catching Bheem in order to get a promotion. Ram disguised as an independence activist and went to Bheem’s hideout. At Bheem’s hideout, a meeting of independence activists was being conducted where all of them were planning to assassinate Scott. Bheem’s aide Lacchu (Rahul Ramakrishna) asked Ram to join them in their assassination mission. However, very soon Lacchu sensed that Ram was actually a cop in disguise. He immediately informed Bheem about Ram’s real identity.

Bheem, upon sensing danger, hid along with Lacchu so that Ram would not be able to catch them. Ram had not met Bheem in person, so he had no idea who Bheem actually was and how he looked. Once it happened that Ram and Bheem accidentally met. They became close friends and hid each other’s real identities. Ram helped Bheem get close to Scott’s niece Jennifer (Olivia Morris). Jennifer fell in love with Bheem and invited him at her uncle’s palace. At Scott’s palace, Bheem came upon Malli and he silently assured her that he was going to rescue her as soon as possible. 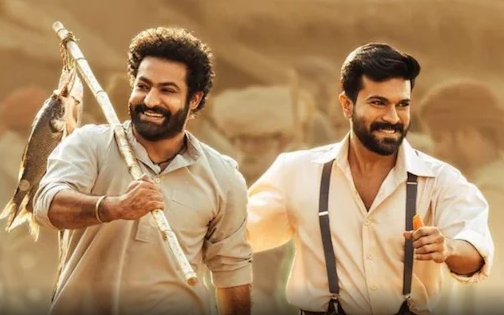 Ram became aware of Bheem’s presence in Scott’s area. But who this “Bheem” was, he had no idea! As a police officer, he was responsible for protecting Scott, so he captured Lacchu and interrogated him in order to derive information on Bheem. But Bheem had already located Scott’s palace and had developed a romantic relationship with Scott’s niece. Scott’s life was in grave danger! Lacchu tried to escape from Ram’s clutches and he flung a krait snake at him. The snake bit him and Lacchu warned him that if he didn’t get the anti-venom within an hour, he would die. Lacchu also told him that the Gond people only had the anti-venom to the krait’s bite. Ram rushed to Bheem’s house, knowing he was a Gond, and luckily he found Bheem there. Bheem treated him with anti-venom. However, till then Ram had no idea who this close friend of his actually was! While treating Ram, Bheem unknowingly revealed his real identity and his mission to rescue Malli and kill Scott. Ram was taken aback after hearing his friend’s true identity. This was Bheem, whom he was searching for all this while! However, he did not reveal his own identity to Bheem.

The story proceeds and Bheem conducted a direct attack on Scott’s palace along with his men. He barged into the palace with a truck loaded with wild animals and unleashed them onto the palace guards. It was then that a police officer obstructed them. It was none other than Ram! Bheem, upon seeing his friend, was taken aback and pleaded before him so as to avoid arrest. But Ram won’t budge and he was bent upon arresting Bheem. This agitated Bheem and a one-on-one fight endured between the two. Bheem freed himself from Ram and tried to escape by climbing the palace walls. But as he turned, he saw Scott holding Malli hostage at point-blank range and he had no option other than surrender himself to Ram.

Ram got promoted for capturing Bheem. But he was not just any normal police officer serving the British government. He was actually a revolutionary at heart who was serving the British to give light to his own mission. Ram’s father Venkata Rama Raju (Ajay Devgan) was a rebel and had sacrificed his life for India by fighting against the British. As a police officer, Ram was only fulfilling his father’s wish by supplying weapons underhand to every Indian citizen who would take part in the upcoming rebellion against the British.

Bheem was sentenced to death via public execution. Scott offered to have mercy on him if he knelt down before him and asked for forgiveness. Bheem refused to bow down before Scott.

Meanwhile, Ram got appointed as in-charge of an arms shipment. A friend of his father, Venkateswarulu (Samuthirakani) told him that now that he is in charge of the arms shipment, his goal of seizing weapons from the British was going to be fulfilled very soon. But Ram felt guilty for his actions because he was responsible for Bheem’s plight and decided to save Bheem from being executed so that he in turn would be able to save Malli.

Ram put his plans into action and requested Scott to execute Bheem in the outskirts of the city. However, Scott was smart enough to understand his intentions. He injured Ram and in the commotion, the tied-up Bheem freed himself. A horrendous fight broke out where hundreds of palace guards were trying to capture Bheem and he was fighting them all at once! In the meantime, a guard aimed at Malli to shoot her. Ram sensed the danger and shot the guard and the bullet passed right above Malli’s head. When Bheem witnessed this incident, he became furious as he was not aware that Ram was intending to save Malli from being shot. At this, Bheem pounced on Ram and beat him up. Ram got injured after receiving a heavy beating from Bheem. Bheem left behind the injured Ram and escaped with Malli.

Ram, as a result of his actions to save Bheem and Malli, got sentenced to death by the British government. At that time, Bheem and his men were hiding in Hatras in Uttar Pradesh, India. Ram’s fiancée, Sita (Alia Bhatt) also happened to live in the same place. When the British forces tracked Bheem’s location, they arrived at Hatras to capture him. Sita sensed this danger and drove away the British guards by lying that the place was infested with a smallpox outbreak and they must leave immediately for their own safety.

Sita told Bheem that Ram was in fact trying to save him and Malli and help them escape and now as a result of his actions, he got sentenced to death. Bheem regretted his mistake and promised Sita that he would rescue Ram and bring him back.

Bheem reached the city and met Jennifer. She gave him a blueprint with the help of which he sneaked into the barracks. He freed Ram who was imprisoned there. However, as Ram was injured, he was unable to walk. So, Bheem lifted Ram on his shoulder and in that position they together fought the police before escaping from the venue. They escaped into the woods while the police followed them.

Ram and Bheem retaliated back against the police with arrows and spears. They fought off the police and headed towards Scott’s palace. They blasted a motorcycle into a room full of TNT explosives, and the building exploded. Bheem retrieved many weapons from the building and delivered them to Ram so that they could be given to the Indian citizens who would take part in the rebellion against the British. Scott’s wife Catherine got killed in the chaos. Finally, Ram and Bheem came across Scott and put an end to his tyranny by killing him.

The story ends with Ram reuniting with Sita and Bheem with Jennifer. Ram returned to his village and delivered the weapons as he promised Bheem while Bheem returned home with Malli, reuniting her with her mother (Ahmareen Anjum).

Stay Tuned For The Full Review Of “RRR” Coming Soon!