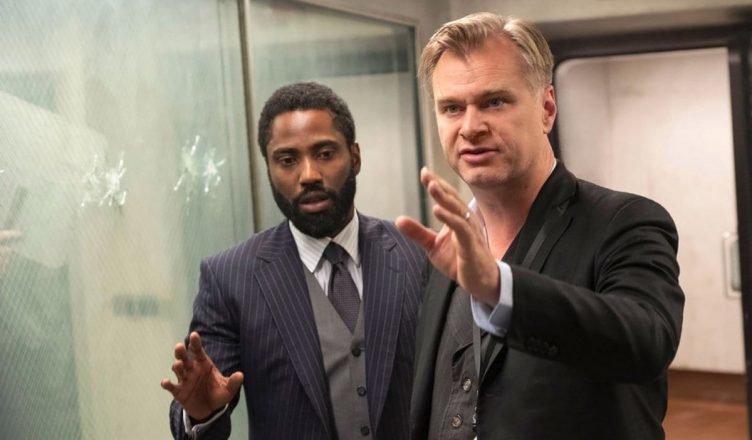 Discussing the concept of time that has run through some of his biggest blockbusters, film director Christopher Nolan said that before the movie camera came along, human beings had no visual way of witnessing the past.

The non-linear execution of many of his movies gave rise to the term Nolan-time. Nolan’s filmmaking is often remarkable for the layers that build and the requirement for the audience to immerse itself fully in the narrative, and he continues to produce the most striking stories in movie history.

Over his filmmaking career, Nolan has produced many exquisite stories, starting from his breakthrough movie Memento, produced in 2000. The British born director continued to explore the different ways to manipulate time through his movie Inception in 2010, followed by Interstellar in 2014 and many more breathtaking pieces. Discover just three ways in which Nolan has bent time in his movies…

The story behind Memento

Known to be Nolan’s breakthrough movie in cinema history, Memento is one that tells a story through the past, present, and future like no other. The movie is built upon the concept of cross-cutting time to tell the tale of a tragic tale of a man Leonard Shelby, trying to avenge his wife’s death. With Shelby’s unfortunate memory loss, his tattoos provide him with clues to reach the victory of catching his beloved’s murderer. As Nolan constantly uses a recurring theme of time in his movies, Memento fulfils his theme perfectly as you are taken through time of the protagonist’s life and his adventure to victory.

As the movie put Nolan on the map in its 2000 release, it is still today proved popular by it’s many fans of the story-telling masterpiece. Although nothing can match up to the enticing first viewing of the movie, fans of Nolan’s today are still overwhelmed by the famous sensation. Interviewed later in 2020, Nolan described that the whole concept of Memento began with a visual notion of a bullet stuck in a wall being sucked back into the barrel of a gun.

The startling creation of Inception

Starring one of Hollywood’s most famous actors Leonardo Dicaprio, Inception is based on a group of high tech thieves who move through multiple layers of people’s dreams. As time speeds up and slows down throughout the movie, the thieves steal ideas from people’s dreams, whilst also planting ideas to create a masterpiece in history. The movie is action-packed with multiple gun scenes and action sequences to keep watchers enticed. With many of these scenes featuring weapons like the iconic Beretta PX4 Storm Pistol and the Walther PPK, the tension grows in the movie as every scene is a race against the clock.

As the movie made millions and was also beloved by millions, there is no doubt that the showpiece has marked its place in many people’s hearts as a favorite movie for many. Inception began life in Nolan’s mind as a horror movie before morphing into a heist adventure, and as the movie still proves popular today, it is certainly one to add to your watchlist.

Tenet as the pinnacle of Nolan’s time-bending sequences

Tenet hit the big screen in 2020 as one of the biggest movie events of the year. As another time-bending movie, the spy thriller moves forward and backwards in time. To keep audiences guessing while watching, characters who are going in reverse through time interact with others coming forward. Tenet is a movie that builds and builds, based around the prevention of a catastrophic war, the many car chases, plane crashes and military movements entice watchers into their own world.

The protagonist of the movie John David Washington utilizes a number of the best weapons in his battle to take out terrorist enemies throughout the action sequences. During his final battle, replica weapons like a Heckler & Koch HK416 assault rifle, and a Glock 19 pistol were used to set the realistic tone for the masterpiece. With the variety of gun replicas in movies like Tenet, audiences are constantly engaged in the action-packed world of Nolan’s creations. Nolan also included a real Boeing 747 crash in the filming, which further added to the suspense to keep audiences captivated.

The Time-Bending Films Of Christopher Nolan

The Best Musical Movies of All Time