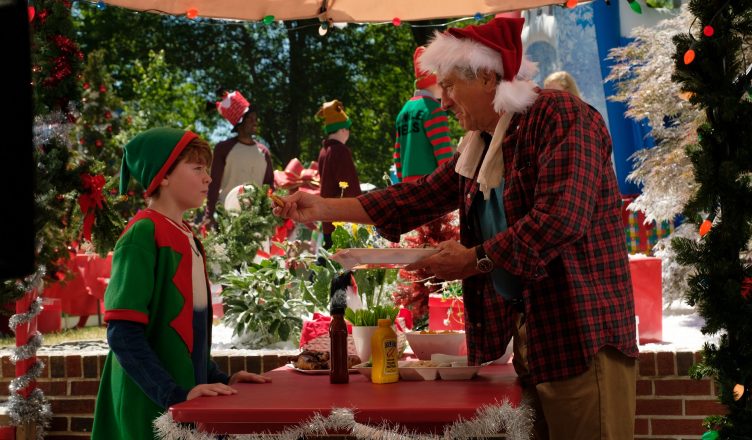 A fun-filled family drama is coming soon to the the big screens! Directed by Tim Hill, The War with Grandpa movie is adapted from the similar titled book by Robert Kimmel Smith.

The War with Grandpa trailer is so hilarious that after watching it I cannot help but want to check out the movie. We have Robert De Niro and Oakes Fegley in the lead roles. De Niro who has been known for his violent roles in films plays the cranky old maternal grandfather Ed of Peter (Fegley) a sixth-grade student. A comical war between the two occurs when Peter is forced to give up his bedroom to Ed who moves in with his family. The trailer shows Peter pulling up a series of outrageous pranks on his grandpa in order to drive him out of the room. It shows an even match as grandpa Ed manages to fight back against the pranks.

The trailer portrays De Niro as a funny widowed old man who does things in an awkward manner, starting from hitting the mail box upon backing his car to breaking a car’s windshield while playing golf. Not to mention the pranks shown that Peter pulls out on his grandpa. What can be funnier to watch than a gramophone disc flying towards Ed, his shaving cream been replaced by a fast-drying foam sealant and Ed falling off the roof along with a ladder. Watch the trailer till the end and you will come to know the height of the pranks pulled out on Ed as he discovers a snake in his bed while sleeping!

The trailer leaves us pondering, was Peter able to torture his grandpa enough to drive him out of the room? For that you need to watch the movie! It also casts Christopher Walken, Uma Thurman, Cheech Marin, Rob Riggle, Jane Seymour and Laura Marano.